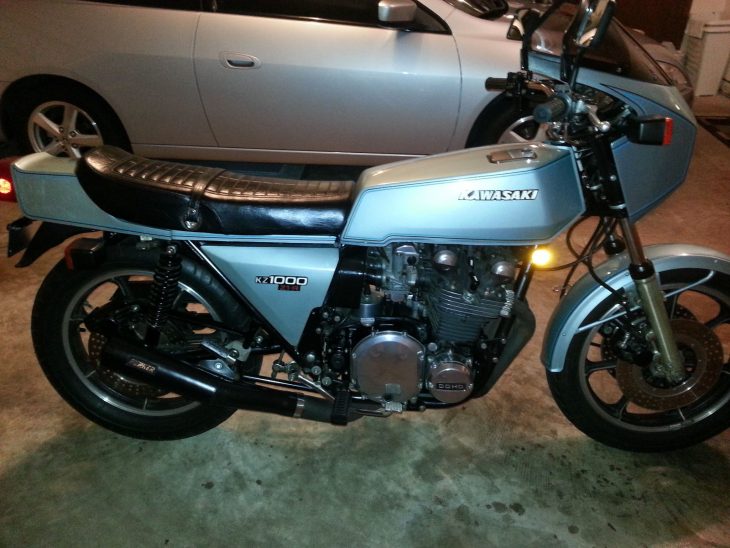 I know that for many of our readers, RSBFS is all about the import smokers. And while we do love our grey-market popcorn poppers, variety is – as they say – the spice of life. Two-strokes did not always dominate the sport bike scene, as evidenced by today’s example of what ruled the streets in 1978. Our younger readers will be forgiven if this simply looks like a Universal Japanese Motorcycle (UJM) from the period, but two-wheeled transport circa pre-1980 was a relatively simple affair. Air cooled, carburetor-fed Japanese multis were the hot ticket, and cubic centimeters made the world go ’round. Throughout the 1970s, the Big Four traded blows with big bikes, and the Kawasaki Z1-R (1978-1980) could go toe to toe with the best on the road. Owing more to the KZ lineup than the original Z1 design, the Z1-R is pretty typical of this era: big motor (1,015cc over square inline four), tubular steel frame, simple un-adjustable front forks and twin shocks. Novelty items include the bikini fairing (variations to make a reappearance on the ELR model as well as early GPzs), four-into-one exhaust, low maintenance cast wheels, and triple disk brakes. Expect about 90 HP off the showroom floor, in a package tipping the scales at over 540 lbs. With a top speed in the 130s, the Z1-R was a powerhouse with subtle intent. In all, this was an evolutionary move by Kawasaki; the revolution would have to wait until 1984 and the introduction of the 900 Ninja. From the seller:
OWNED THIS BIKE SINCE 1992 (SECOND OWNER),HAVE ALL THE SERVICE WORK RECORDS I HAVE DONE TO BIKE.VERY CLEAN & RUN STRONG. IT IS A TURN KEY BIKE. GARAGE KEPT. 33284 ACTUAL MILES. There is nothing *particularly* special or rare about the Z1-R line, save for the fact that they didn’t speed off the showroom floors at a sufficient rate. Not even bolting on a turbo and creating the first of the factory blower bikes could help move these models. As a result, staring down the barrel of a 40th birthday, not many of these exist in great condition. Laws of supply and demand govern all, and I would expect to see good examples fetching more over the coming years. This will not likely appreciate in the same manner of a RC30 or truly rare and iconic model, but it should fare respectably given the lower price of entry. This well-loved Z1-R is located in Oklahoma. The seller claims to be the second owner, which helps explain the condition. There have been some minor, non-destructive mods which should lower maintenance and improve the riding experience, and the seller will include the original parts. This bike is listed with a BIN of $12,500 – a number that some may scoff at. It does appear a bit high for the model. But the challenge would be to find another in this level of condition. I’m sure there is some emotional equity included in that number by the seller – but can you blame him? Check it out here, and share your thoughts. Would you take this, or hold out for an ELR or early model GPz? Let us know! 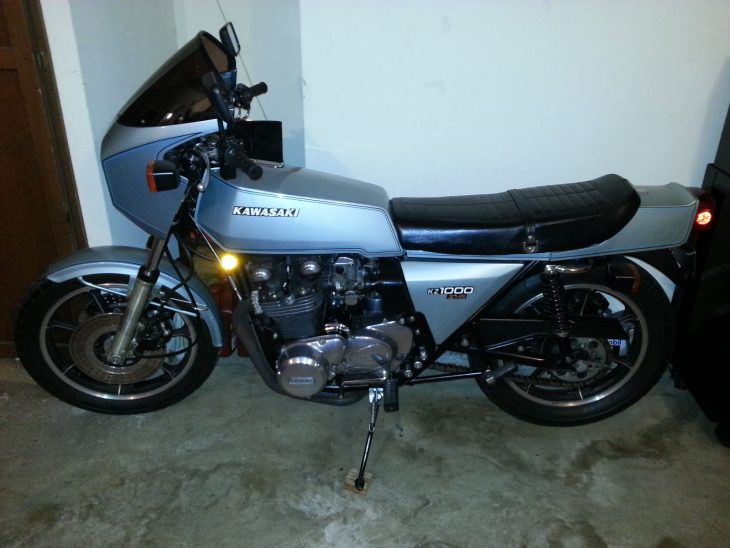