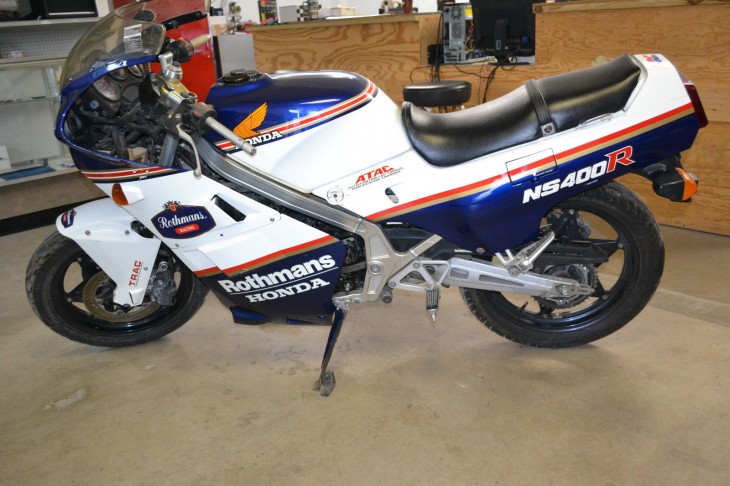 Honda’s NSR400R was a snarling, two-stroke middleweight from an era of unprecedented experimentation; a three-cylinder, triple-piped sportbike with cutting-edge specifications. The 1980’s must have been a very discouraging time for European and Italian manufacturers. While they were barely hanging on by their fingernails, Japanese manufacturers were in the throes of an era of funky, experimental technologies, trying out new formulas, and nothing was off-limits: unusual engine configurations, turbos, and active suspension were all tried, with varying degrees of success. 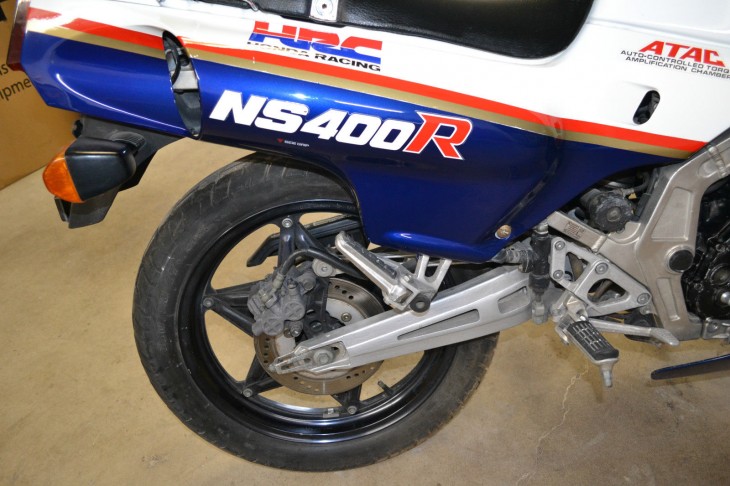 The NSR400R wasn’t lacking performance or technology: the rattling heart of the little monster was a liquid-cooled, 90° V3 that put 72hp through a six-speed transmission. Power-valve technology beefed up the midrange power while water-cooling increased power and kept mechanical noise to a minimum, although the snarl from the pipes is undeniably that of a two-stroke. Anti-dive forks and modular wheels wrapped in radial tires completed the package. From the original eBay listing: 1986 Honda NS400R for Sale

This is a rare Honda NS400R Rothman’s edition 2-stroke. We got this jewel  from a retired motorcycle mechanic. Bike is not running and engine will need to be redone according to him. Honda appears to be complete with a couple of things missing like keys, exhaust, mirrors, gear shifter lever, kick start lever, and coil cover.  Paint and fairing is nice with some scratches. Mileage is really low at  4,741 Km. Bike has a small decal with Japanese writing and No. 301 If someone can tell me the year or more info please feel free to do so and I will update the auction.  BIKE IS SOLD WITH A BILL OF SALE BUT If winning bidder wants a title we can obtain it at additional cost  just contact us. 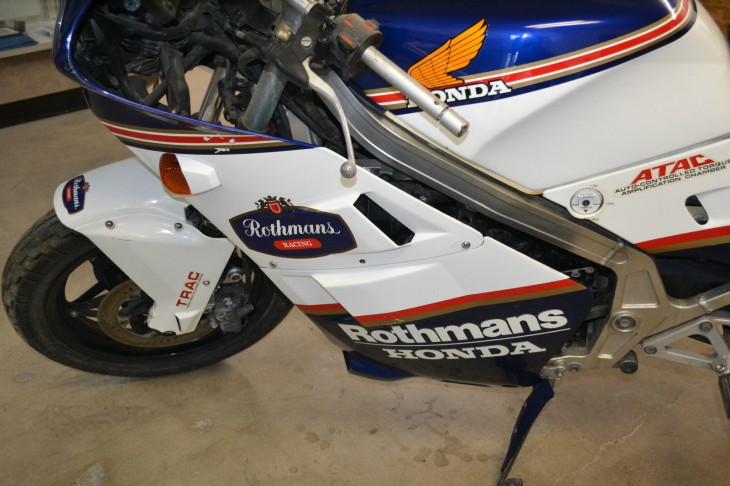 Just two days left on the auction, with bidding just over $3,000 and the reserve not met. While this bike isn’t 100% complete, the bike is in cosmetically good shape, and the parts missing are fairly straightforward to replace. Those missing pipes might be difficult or possibly expensive to source… So why not go all-out and, since you’re going to have to rebuild the engine anyway, just have someone whip up a set of pipes with custom expansion chambers, all out of titanium while you’re at it? 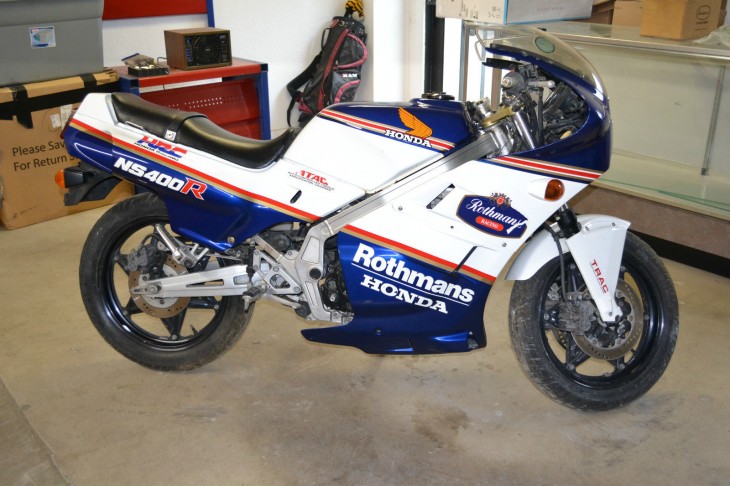