Not often you see a sorted current racebike on the market, especially one cosmetically restored.  A Ducati 1098S, generally regarded as too much for the street, was the basis for this build which took place last winter.  The bike competed in the nine-weekend Championship Cup Series in Florida and placed very consistently to win the CCS SuperTwins Championship in the Florida Division and took the CCS SuperTwins Race of Champions honors as well, congratulations Seth ! 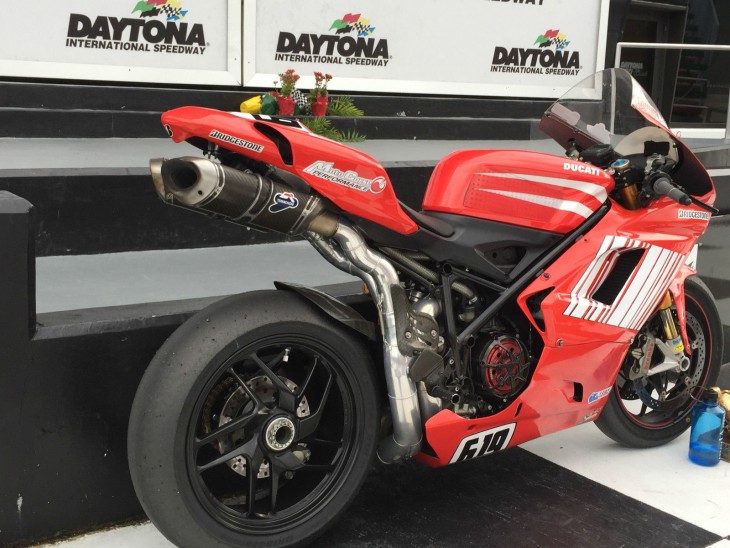 Only built in 2007-09 before another increase in WSBK displacement was allowed, the 1098S is a great start for a racebike.  A re-designed cooling system and return to a single-sided swingarm are friendlier to track operations.  The alloy steel trellis frame holds the Testastretta engine which in stock form is capable of 160 hp.  Innovative elliptical throttle bodies improve throttle response.  State-of-the-art Ohlins suspension is used front and rear, as are Brembo brakes with 330mm front rotors, 245mm rear.  Marchesini forged rims were standard on the S, but racers change their wheels and tires like sneakers. 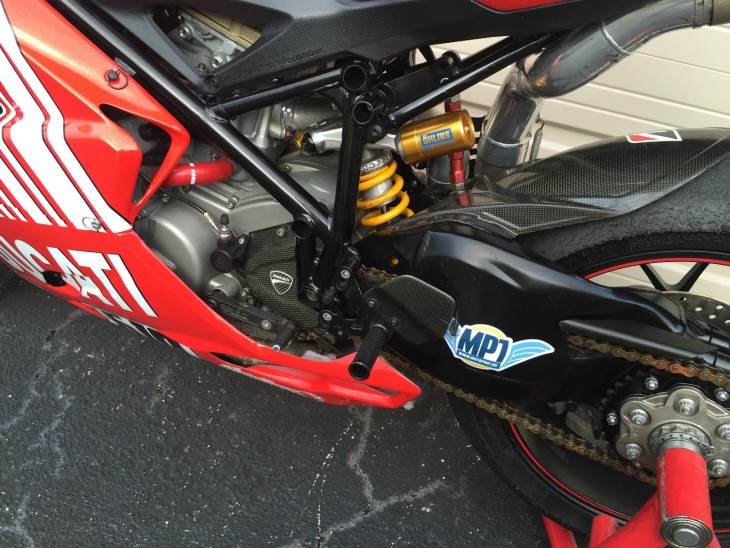 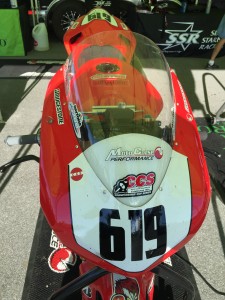 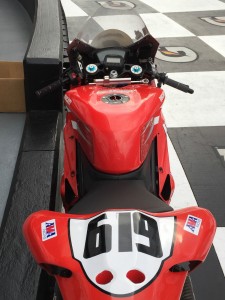 Improved in almost every way for the track, this 1098 has a fresh engine built before the last event of the season, and the claims 172 hp, a substantial increase from the factory number since it’s taken at the rear wheel.  There’s a long list of improvements, from ECU mapping to customized swingarm.  Bodywork by Moto Fairings has a Xerox-ish bar code theme and looks good, though racers have a combat-ready appeal that’s quite different from nice road bikes.  Way too much to list as they say, but here’s the intro from the eBay auction:

This bike was built in the beginning of 2015 to race CCS Florida and at Daytona at the ROC. Built from the frame up, every piece has been powder coated, painted or replaced. It is in impeccable condition and looks brand new. The motor only has 200 miles on it since rebuilt for the race of champions. The paint job has two weekends on it. There are a ton of parts on this bike and would cost over 42k to build as I did this year. I am selling it to build something new for next season, nothing is wrong with the bike at all. Best of everything and well put together. 172hp on C12. The bike has more mods that I can list here so serious buyers call for more details. Heavyweight, Unlimited and Super twins Legal. Can run on pump gas and is track day reliable. 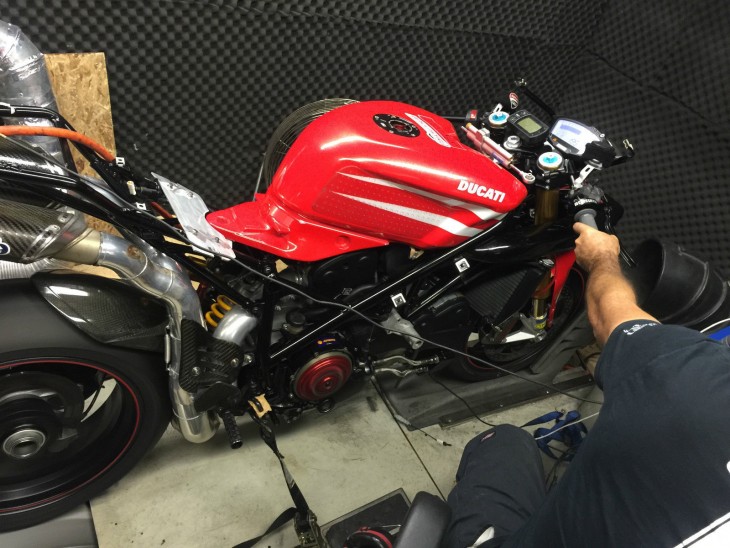 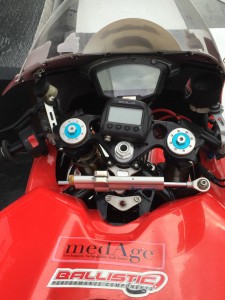 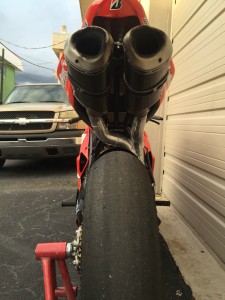 The 1098 is in that funny age group, old enough that newer bikes like the Panigale are quite different, and are not quite a classic ( yet ).  Club racing like CCS is a great place to start or re-join the fray, and their parent American Sportbike Racing Association has a path to pro racing.  Improving your skills on the track pays great dividends when you ride on the road, a much more dangerous arena.  Can’t hardly call the 1098 an entry-level racer, but maybe you are looking to step up to the SuperTwins or similar class.  The comprehensive preparation and recent rebuild on this 1098 might make it just the ticket…