The 900 Sei was a natural evolution of the 1974 750, which was an engineering masterpiece.  Here’s a 1983 example with rather low miles and superb looks. Just reviewing the numbers, the Sei might not thrill – the 80 hp are nothing dramatic for a 900, and the three 24mm Dell’Orto carburetors are a good compromise but don’t incite a fire-breathing riot.  Magic carpet torque made the 5-speed perfectly adequate, and the Sei’s smoothness made the high-ish cruise rpm acceptable.  The six-into-two exhaust didn’t photograph like the 750’s six megaphones, but certainly helped keep the weight down.  Bodywork flowed from the cockpit fairing to the integral tank and sidecovers, which Honda’s CB900F seemed to reference the next year. Offered by a Miami classics ( everything from a fire truck to an Africa Twin ) dealer, this Sei shows just over 12,000 miles and has fawned-over if unrestored cosmetics.  No word on maintenance except to say that it’s a runner.  Turn that O’Neal logo on the left grip to the underside and away you go.  Limited comments in the eBay auction: 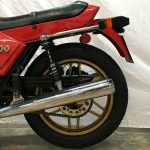 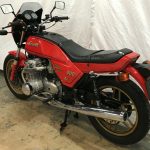 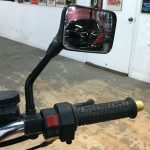 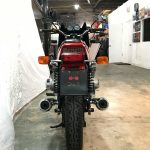 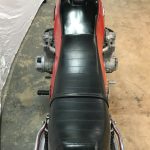 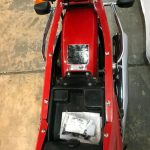 With DeTomaso’s help, Benelli took an early lead in the 1970’s, but was a boutique brand compared with the Japanese competition.  Still their ideas inspired copycats plus some design reverence, and more recent Indian and Chinese partners have kept the engineering offices in Pesaro while moving production further east.  The buy-it-now is about all any Sei could muster, but the Make Offer button could be the start of a conversation.