This mini-FireBlade has been a grey-market import twice, but still has just over 9,000 miles and looks very good.  Tipping the scales at 350 lbs. with half a tank of fuel, its 40hp are plenty to have a ball. 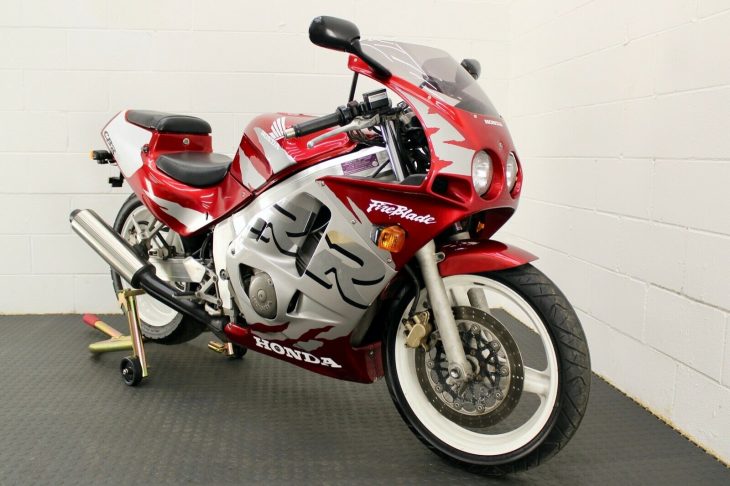 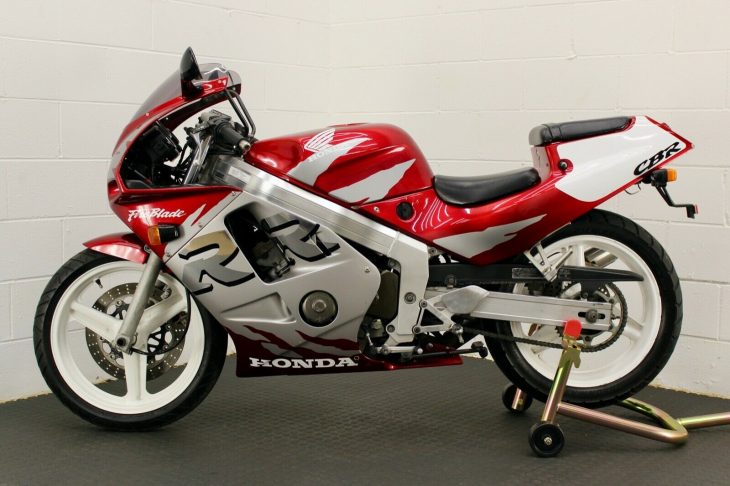 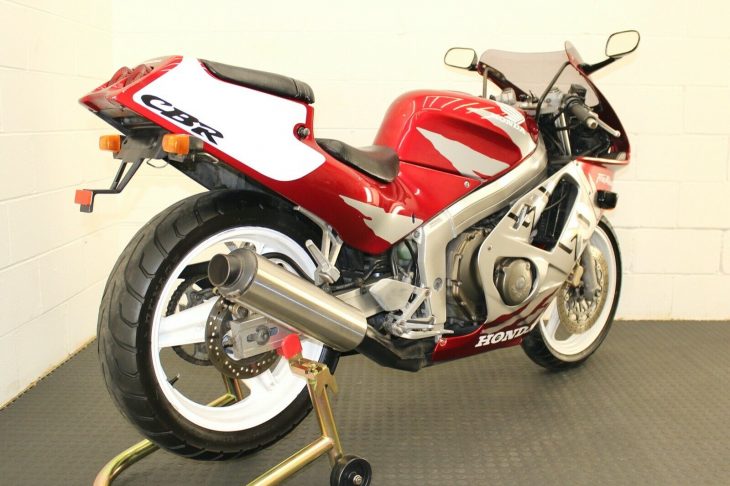 Made since 1986, the four-cylinder had bores of around 2 inches and peak power was at 14,500 rpm.  The twin spars of the frame and swingarm were aluminum alloy, and single muffler and front disk kept the mass down.  Home-market rules stipulated the horsepower limitation, but the little CBR handled with abandon.  Set up for a pillion, but probably not two 90th-percentile adults. 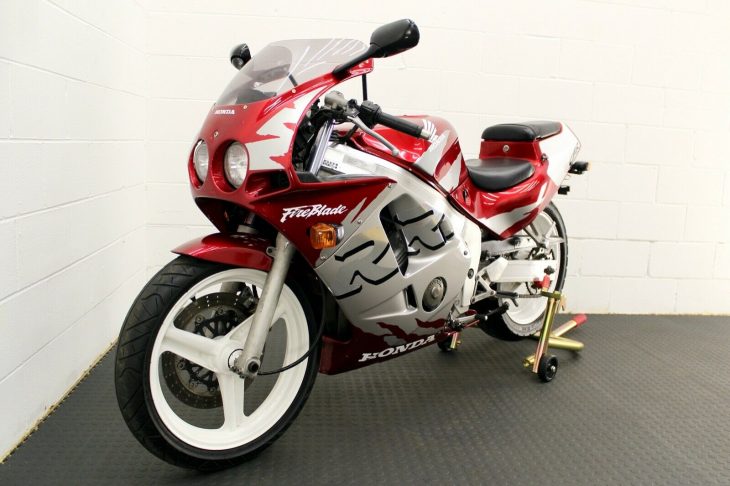 This third owner is Chicago-based, and says it’s a long-term relationship.  It looks quite stock, with the natural exception of the rear fender-ectomy.  No particular damage, but corrosion never sleeps and is evident on many fasteners, maybe due to its western Pacific origins.  The flickering livery is pretty unusual and striking in red metallic.  Comments from the eBay auction:

This bike has been part of my collection for many years, is actually ridden once in a while, and is a LOT of fun to ride. It runs and rides with absolutely no issues. And the 4 valve, 4-stroke, dual overhead cam engine revs up to 19,000 rpm, so you can imagine how much fun it is when it’s really wound up. I am the third owner from new. It was originally imported from Japan into Australia, then to the U.S. in the late 2000’s. It has a clear, valid title, so there will be no issues plating it in any state.

Everything on this motorcycle is original. Every one of the finishes are totally original, as is the seat. As you can see from the photos in the photo section, the machine has had absolutely no restoration performed to any part of it. The condition is exactly what it looks like in the photos. I looked at a quite a few of these bikes before I finally bought this one, and I’ve never seen a better original one before or since.

The Honda runs and rides the way you expect a machine with this type of mileage to run. All of the mechanical components have been checked over to ensure they work properly including the clutch and brakes.

Oil has been recently changed, a new battery was installed, and the carbs completely gone through this season. Everything works. There is absolutely nothing you will have to do to this motorcycle to ride and enjoy it for the rest of this season and many more to come. 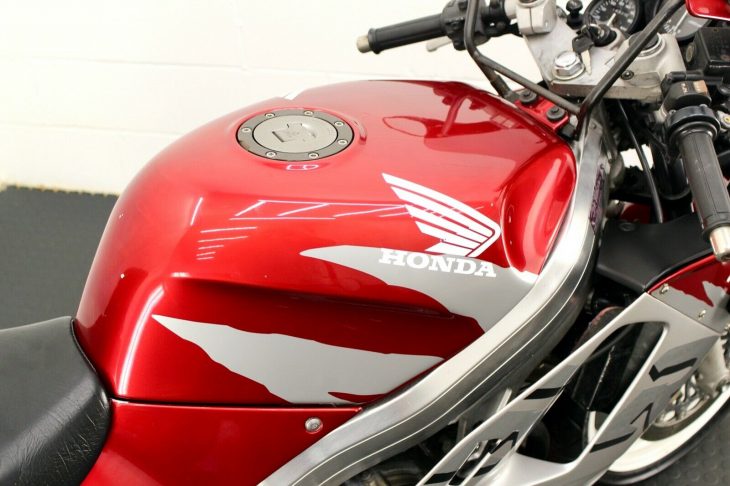 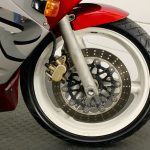 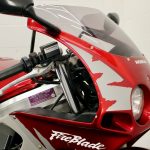 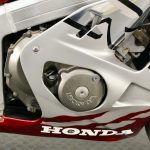 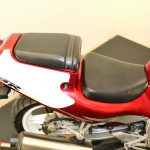 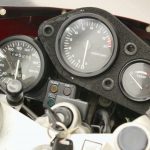 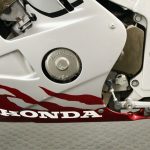 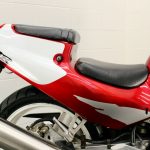 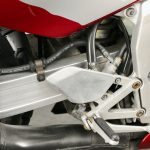 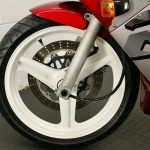 The CBR250R not only had to compete against other domestic manufacturers, but in-house competition from the NSR250R, and wasn’t exported until 1996, then just to Oceana.  Yearly changes were incremental until 1990, when a new chassis was introduced.  Hopefully the reserve will leave a stainless fastener allowance for this rider, and bidding is active just one day in.  The next owner will have a rarity in the U.S., and in quite nice original shape. 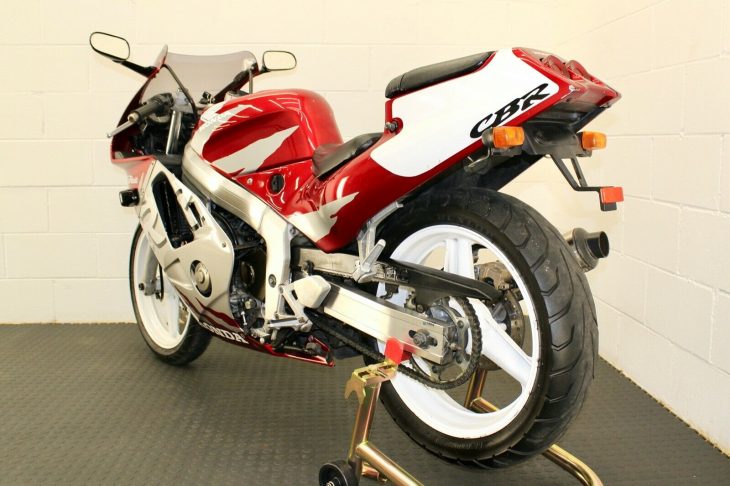