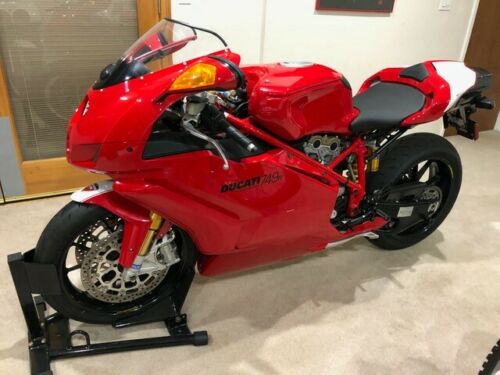 The Ducati 749/999 series is often seen as the red-headed step child of the Italian world. Following the mega-successful Massimo Tamburini design of the 916/996/998 family, designer Pierre Terblanche was to pen the follow-on act. With big shoes to fill and great expectations to achieve, Terblanche offered the world the stunning – if not the somewhat acutely ugly – 999 and 749. With sharper, more angular lines than the more flowing 916 DNA, the 999 & 749 were characterized by a stacked headlight arrangement that did little to pacify the religious zealots of the early design. Judged solely by the cover, this was a book not worth reading. 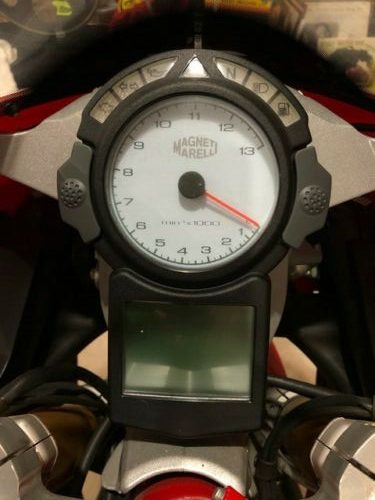 Lo and behold, the 999 and 749 series today offers a stunning departure from the “me too” look of the wide-eyed, high tail repli-racers from any number of manufacturers. And time has been very kind to the overall design, making this bike look even better today than when it was introduced. This is *especially* true in person; the pictures fail to do justice to the myriad details that festoon these machines. And while earlier series bikes were quasi torture racks, the 749/999 brothers were multi-adjustable and downright comfortable – in addition to being very, very fast. Today’s 2005 Ducati 749R is being sold by an enthusiast (after all, it has fewer than 800 miles on the clock!), and I will let him pick up the story on this amazing machine. 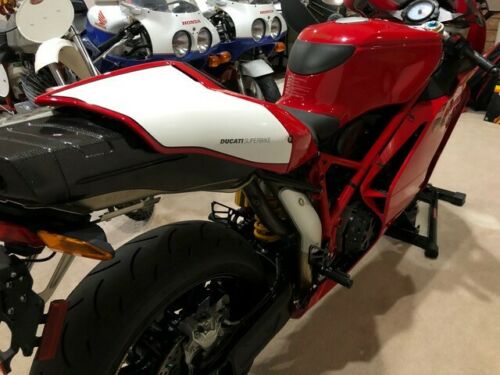 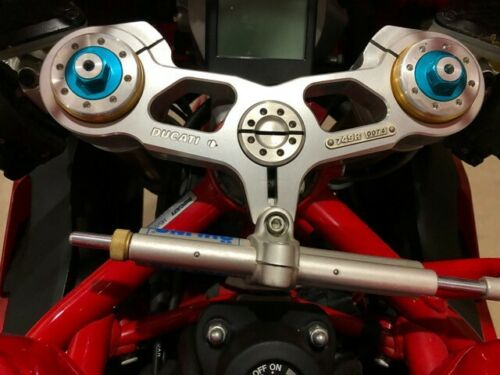 More from the seller:
Other features include carbon fiber covers designed for better cooling, larger fuel tank and slipper clutch standard! The chassis has an adjustable steering head and stated over 20mm of longitudinal adjustment of the seat to tank distance. The suspension featured the latest model of the Ohlins front forks and Ohlin rear shock available at the time. Finishing things off Ducati added an Ohlin steering damper.

All of this added up to a precise, nimble and very well handling Ducati! This bike is number 74 of at least 500 produced to meet FIM homologation regulations. A suggested retail price at the time of $21,995 made the 749R unobtainable for most. More from the seller:
Upgrades from stock include a set of Sato Rear Sets, and a Paulimoto vented clutch cover. All other components are stock, even the exhaust! No accidents and all body work and paint is original!

Ride it, put it in a collection, you decide!! 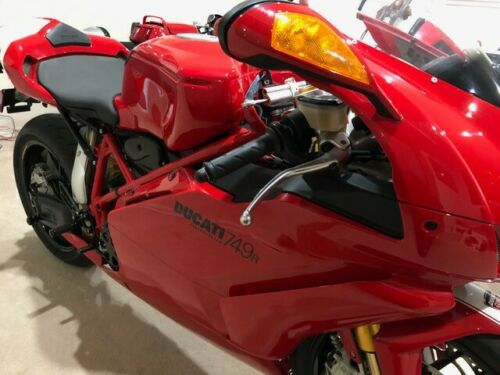 The world was not necessarily ready for the polarizing looks of the 749 and 999. Neither, it would appear, was the WSBK competition; the 999R won championships in 2003 (Hodgson), 2004 (Toleand) and 2006 (Bayliss). Such was the performance of this new platform in competition. The 749R – while a baby brother to the literbike – was no slouch itself. While down on capacity and therefore HP from the bigger bike, the 749 enjoyed the same chassis dynamics but added lightness to the equation. In environments where outright horsepower did not rule, the 749 could hold its own and then some due to an extremely stable chassis, fantastic brakes, Ohlins suspension, and a comfortable (and configurable) cockpit. The seller correctly states that these R bikes were near unobtanium when new due to the high price and the relative scarcity. Today they remain rare. Thankfully most of the Terblanche-era bikes we see have been well maintained, and this one is no exception. In fact, I believe it raises the bar a bit. Stored indoors as per the photographs, this bike has very few miles and looks to be ready to offer a “choose your own adventure” scenario for the next owner. With a $14k opening ask the starting line to this auction is not outrageous, but there have been no bidders as of yet. There are several days to go, so click, drool and decide if you need this carbon fiber wonder to fill that hole in your garage or man cave. Then jump over to the auction here to check out all of the pics and specs, and show off your Terblanche love. Good Luck! 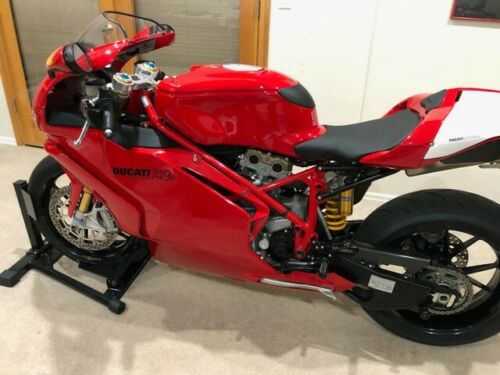 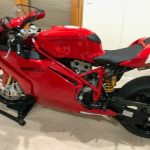 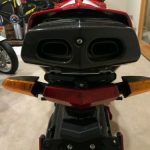 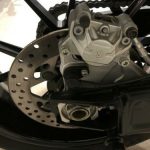 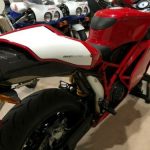 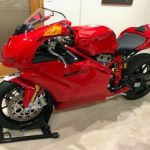 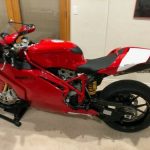 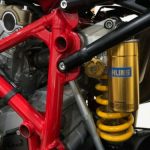 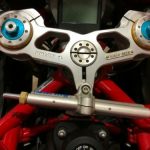 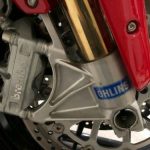