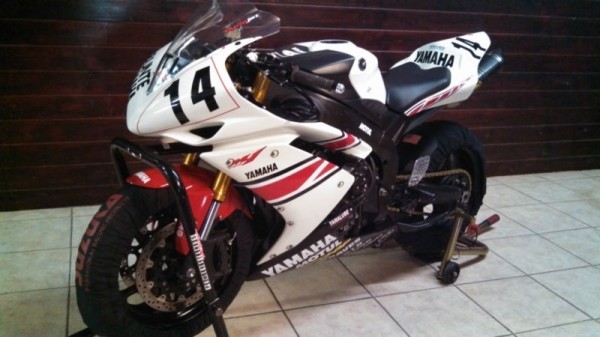 This is the second 2008 ex-Scott Russel Yamaha R1 race bike we’ve seen up for grabs, and this one is reportedly the backup bike. The seller gives very little detail and Mike’s questions from the other post regarding the livery still stand. This one has a buy-it-now of $12,500 and a current bid of $7850 reserve not met. 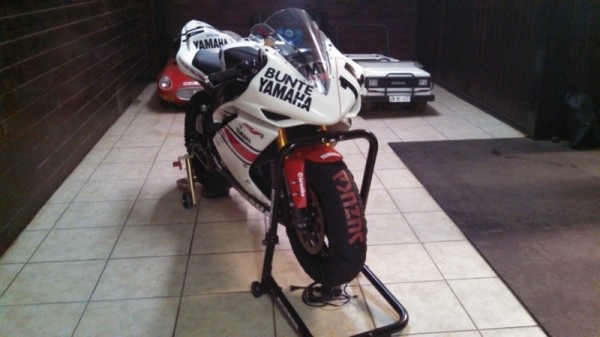 ex Scott Russell R1 FOR SALE
Yamaha Yzf-R1 , only 1x time you can buy a semi factory buildt Yamaha, This Bike was special buildt for Scott Russel in 2008 as backup bike. Engine buildt by JAMIE JAMES PRODUCTIONS and Graves Yamaha, Everything you wish for is on this bike, Incredibly smooth power delivery and outrageous torque for a rush like you ve never experienced.. Be the new proud owner from the HALL OF FAME Mister Daytona Scott Russell back up bike Bike is New condition Turnkey to go to the track . Bike and engine is fully inspected by Roland Stuart former builder for Larry Mc Bride
Ocala FL 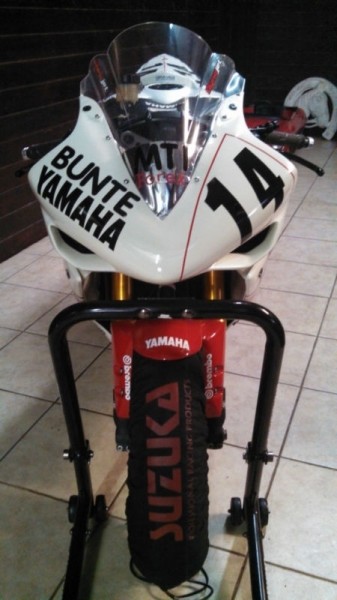