Ducati dressed early 2000’s technology in some of the best looks from the past, and had a little head start on the retro craze.  This Salt Lake Sport 1000 has been generously personalized but ridden only sparingly. 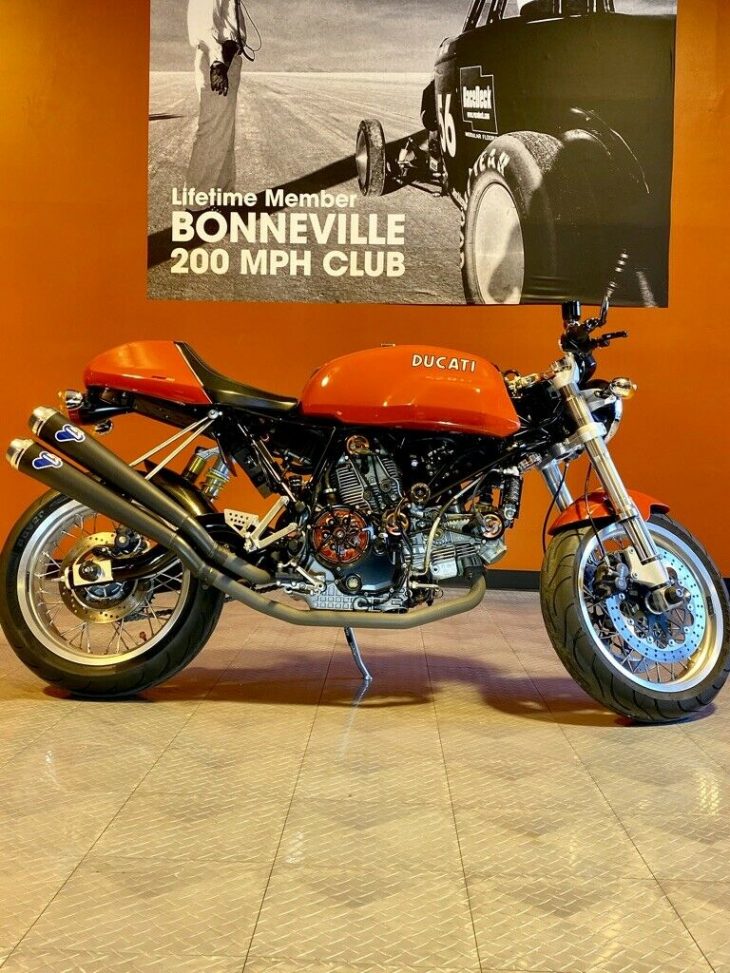 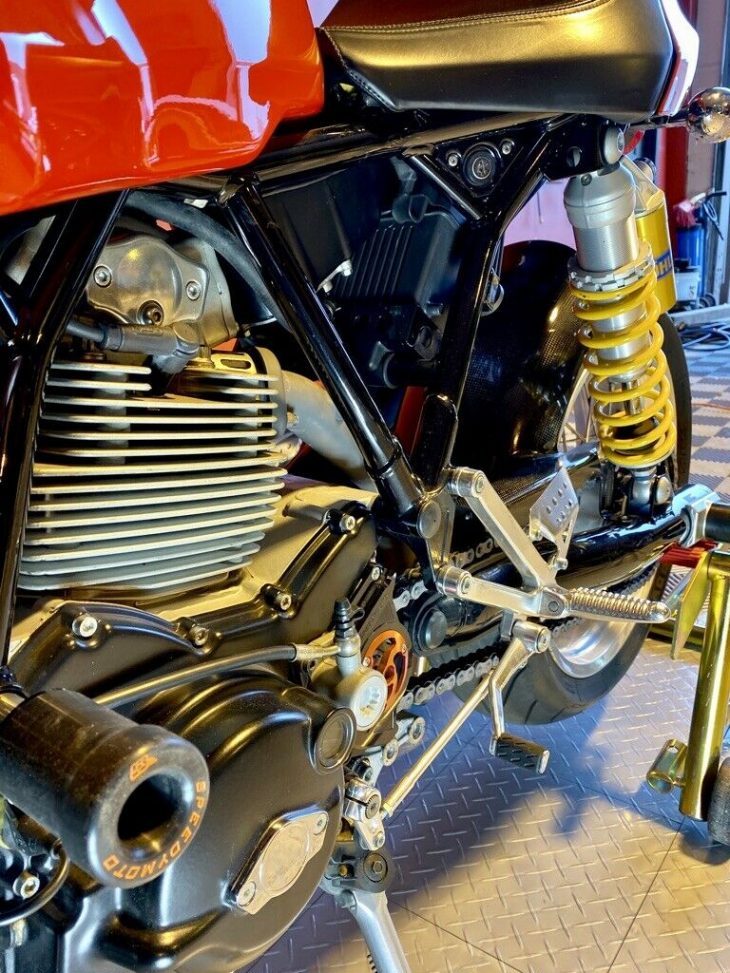 Pierre Terblanche incorporated the smashing dual-spark 904cc engine into his SportClassic lineup, capitalizing on Marelli fuel injection and six-speed trans.  Marzocchi’s latest 43mm fork is complemented by an adjustable Öhlins monoshock, holding the 2006-only gull swingarm.  The black frame is almost invisible in the shadows of all manner of plumbing and electrical.  Easier to see is the sculptural winged tank and seat fairing, especially in Corsa Rosso.  320mm Brembo brakes almost seem overkill for the mission, and appointments like the Alpina tubeless spoked rims are modern but evoke a vintage feel. 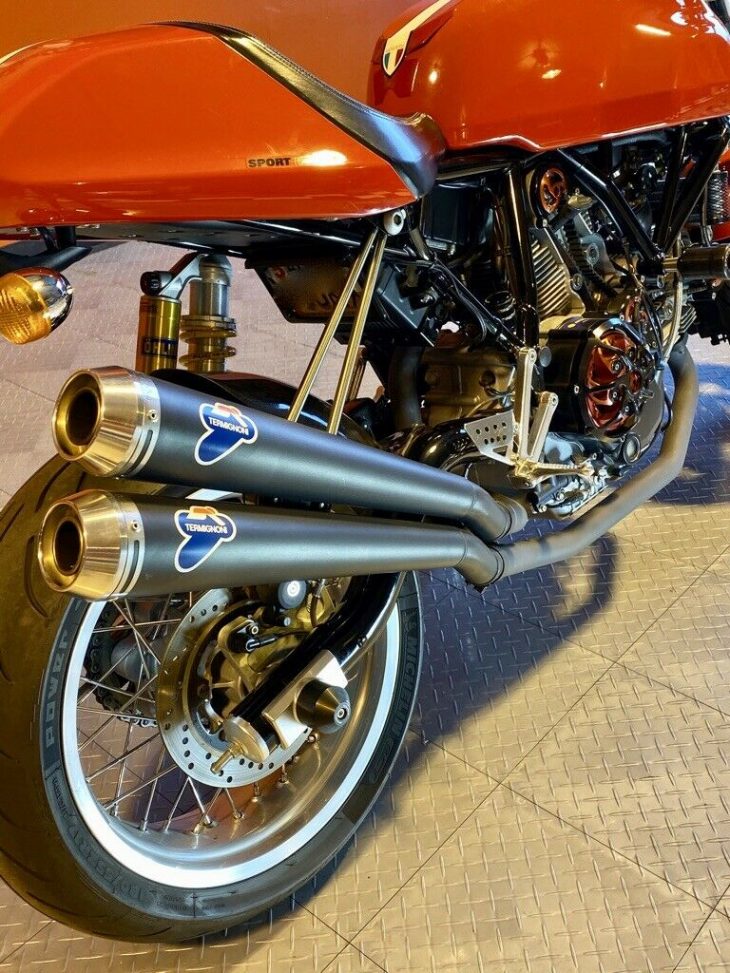 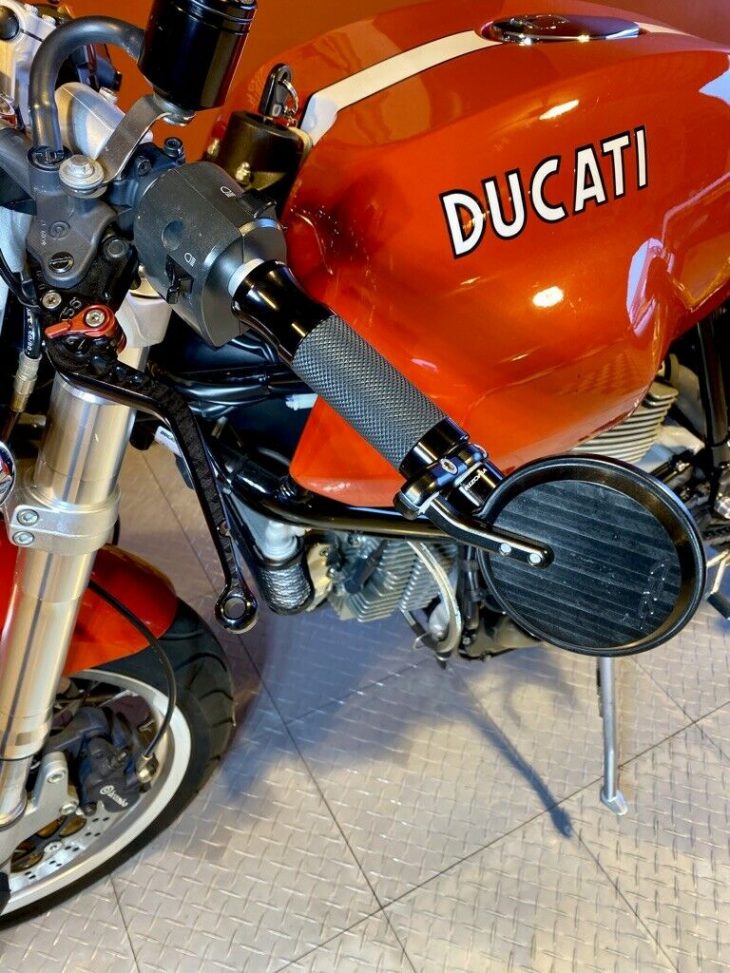 This owner has made a lot of the right moves with their Sport 1000, and sheltered it from harm in the meantime.  Mods and ’06-only features are discussed in the eBay auction:

The 2006 model, known as the monoposto (single seat) had a well gusseted 60 mm section asymmetric swingarm and a single upgraded Öhlins shock, with stacked Termignoni  exhaust on the right side, upgraded ’07 risers &  clip-on handlebars, and an open aluminum dry-clutch, which creates a sound that is music to my ears 🙂
Look close in all of the photos to see how well this collectable Ducati has been cared for and tastefully upgraded with the best accessories ( some of which you can no longer find. There are so many details to look over, such as – Extremely hard to find Termignoni stacked exhaust & ecu,  Öhlins shock. Rizoma parts , Caswell coated tank, Pazzo adjustable levels, grips, ’07 Ducati risers for more comfortable ride , tucked tail light, carbon fiber  hugger fender, Speedy Moto open dry clutch. Speedy Moto sliders, numerous OEM Spare parts, spare Rizoma risers and Hypermotard bars,  PitPal stand, CalCover bike cover ,  etc. and the list goes on.  This Bike is a Show Stopper!!!! not to mention extremely fun to ride. 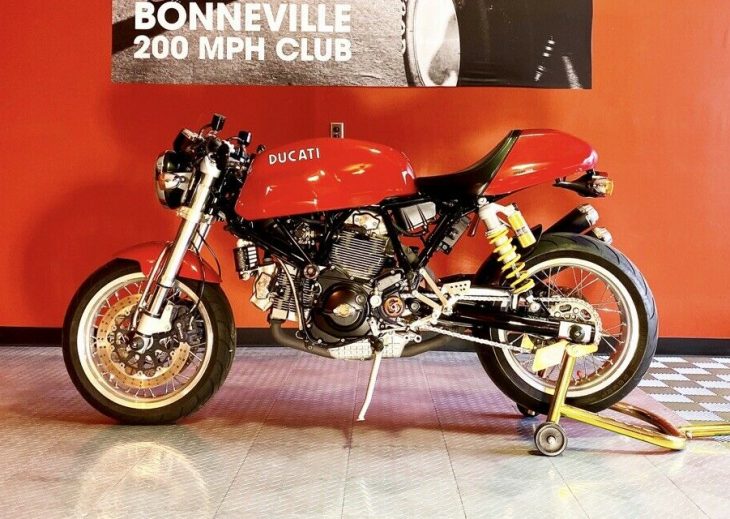 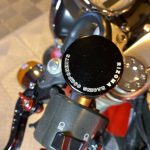 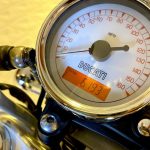 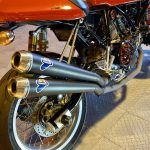 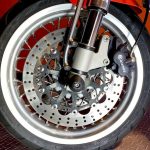 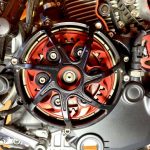 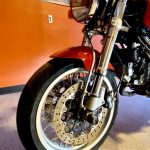 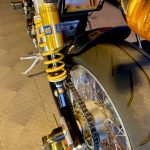 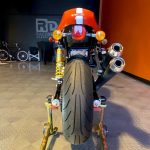 It’s argued back and forth as to whether some Ducatisti’s glasses are misted up and out of focus, or the SportClassics are a return to what brought us to motorcycling in the first place.  Either way the Sport 1000, especially the ’06, reviewed as modern where it counted, and a better-riding retro than most.  A Sport 1000 is hardly ever a rider’s first or only Ducati, and are still more popular than when they first appeared.  This one has the right farkles, low miles and TLC, and it’ll be interesting to see if it attracts a bid that will meet the reserve.