What is art?   For a long time the belief was that a motorcycle could not be art because “art can never have any other purpose than itself”.  But the folks at the Guggenheim museum in New York thought differently and their 1998 display the Art of the Motorcycle was the most popular event at the museum in decades.  Of course the fact that they had a Ducati 916 front and center probably helped.  The 916 was designed by Masimo Tamburini and probably did more to transform Ducati from little known Italian motorcycle manufacturer to high end luxury item than any other bike in their history.

While for a lot of people the 916 would have been a career defining moment, Cagiva design house chief Massimo Taburini went on to design yet another jaw dropping blend of art and function and thereby relaunch an epic manufacturer into the new century.  I am referring of course to the MV Agusta 750 F4. 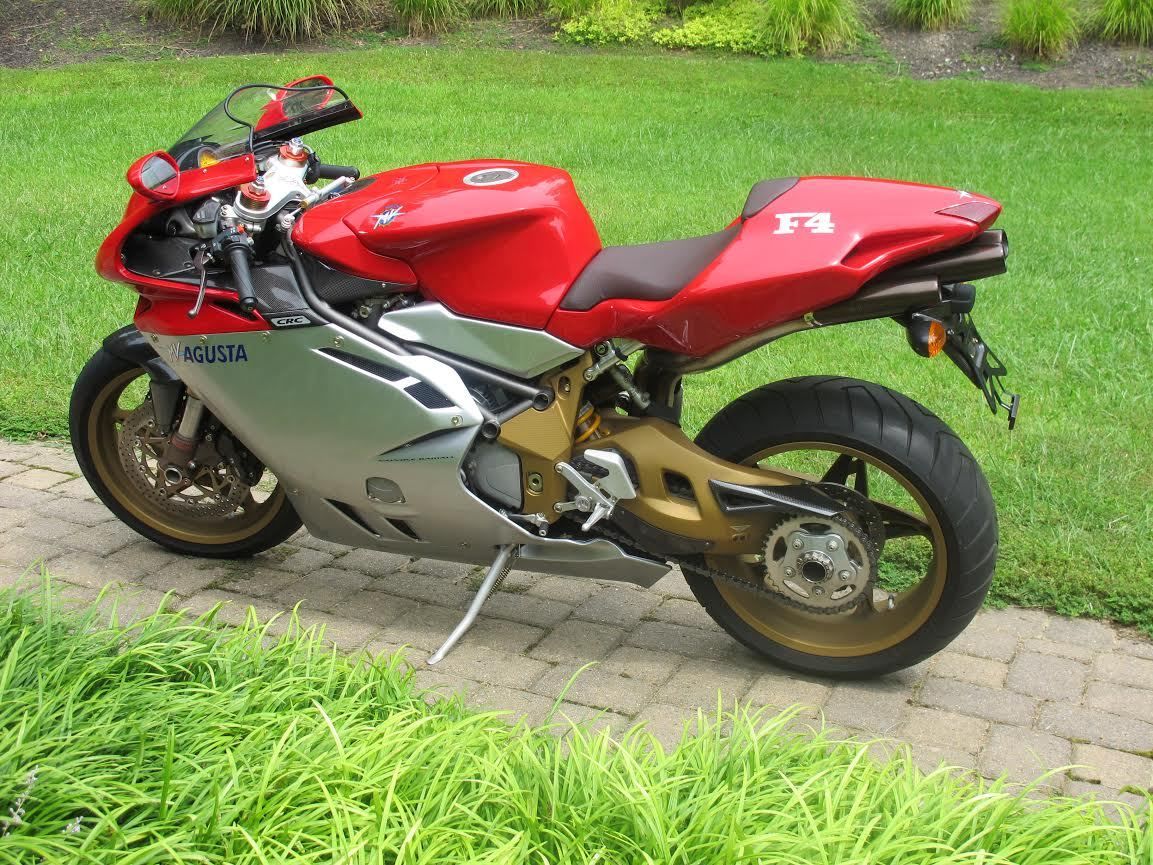 Its hard now to explain the impact the new MV Agusta 750 F4 had when it was introduced. Bike design had become focused on blending function and weight (or as Colin Chapman is known for saying, “simplify, then add lightness”).  The Honda Fireblade/CBR900 was the standard bearer of this philosophy and while bikes like the Fireblade were a technological tour-de-force, they inspired appreciation but not lust.

Into this setting came the rebirth of MV Agusta with the 750 F4, a drop dead, sexy red, narrow bodied bit of Italian exotica that didn’t have the eye gouging 90’s-style graphics packages. Plus it came with a rear end that was unlike anything else out there. 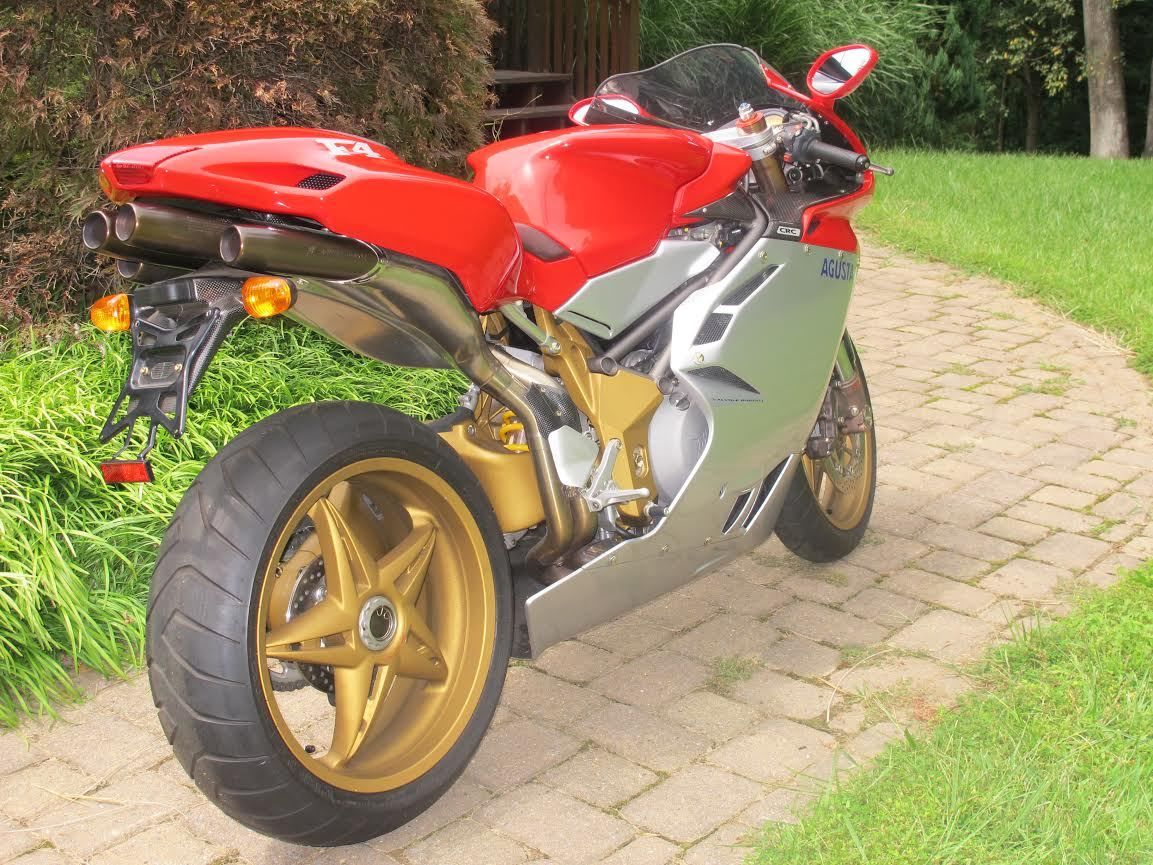 The first generation of the F4 model released to the public was the F4 750 Serie Oro and only 300 examples were produced, with only 60 being brought into the US.   A few seem to pop up on RSBFS repeatedly but this is not one of the previously listed bikes.

The Oro was significantly different from the standard 750 F4 models which followed it.   Many parts such as the swingarm, frame side plates and wheels were made from magnesium and were anodized gold for consistency with the name ‘Oro’ (which is Italian for gold).   All painted parts, such as fairings, seat cover, front mud guard and even the fuel tank and air box are made of carbon.  Also the Showa fork has fast detach axle clamps and according to the seller, the engine casing is different as well. 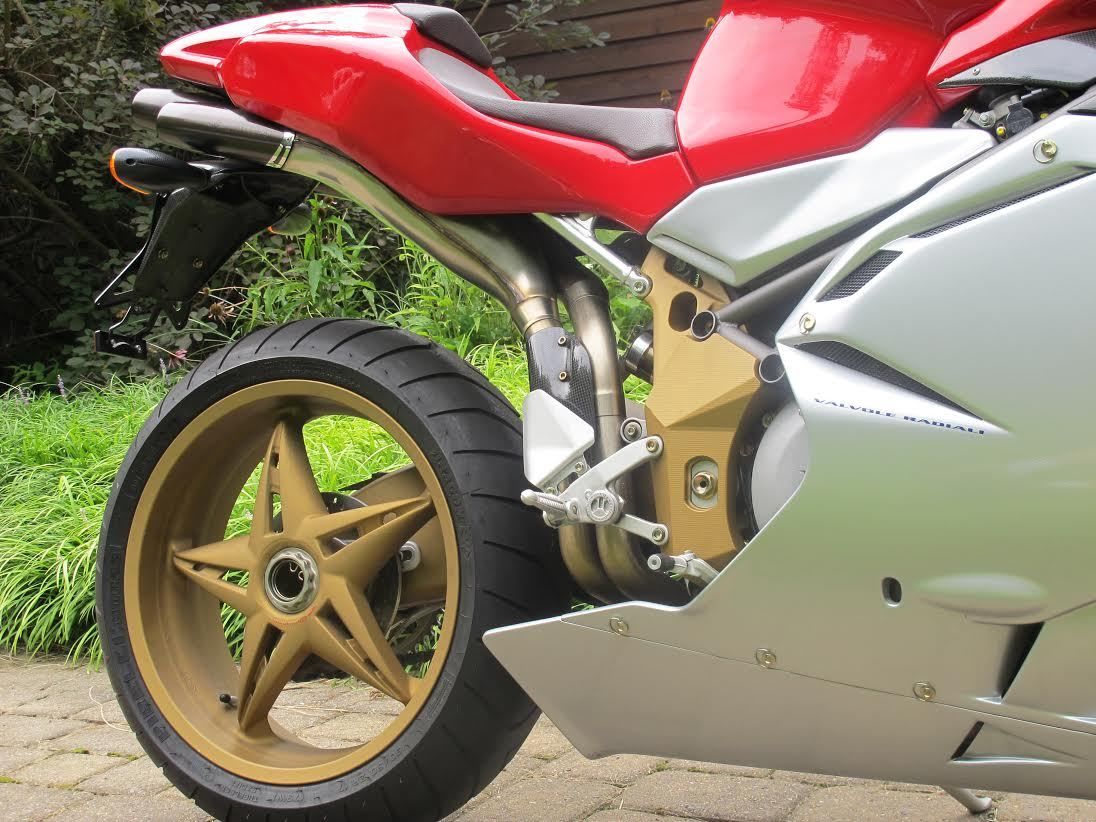 So what’s it worth?   Well on the plus side it has ultra low mileage, looks pristine and is 1 of the 60 series Oro bikes in the US with all the upgrades listed above.  But on the minus side MV Agusta went down the same road Ducati did, offering multiple “limited editions” of the bike which kind of diluted the appeal (I’m referring to you, Nieman Marcus edition) so it won’t blow them away at bike night.  Also, the 1000cc engined bike introduced in 2005 is a more popular option with a lot of riders.  Lastly, a standard MV Agusta 750 seems to go for around 9k, so the asking price of 32k on this one seems a bit high but perhaps this bike will appeal to a collectors of 1st edition and zero mile bikes.  One thing is for sure, Tamburini knew how to “artfully” blend form and function.