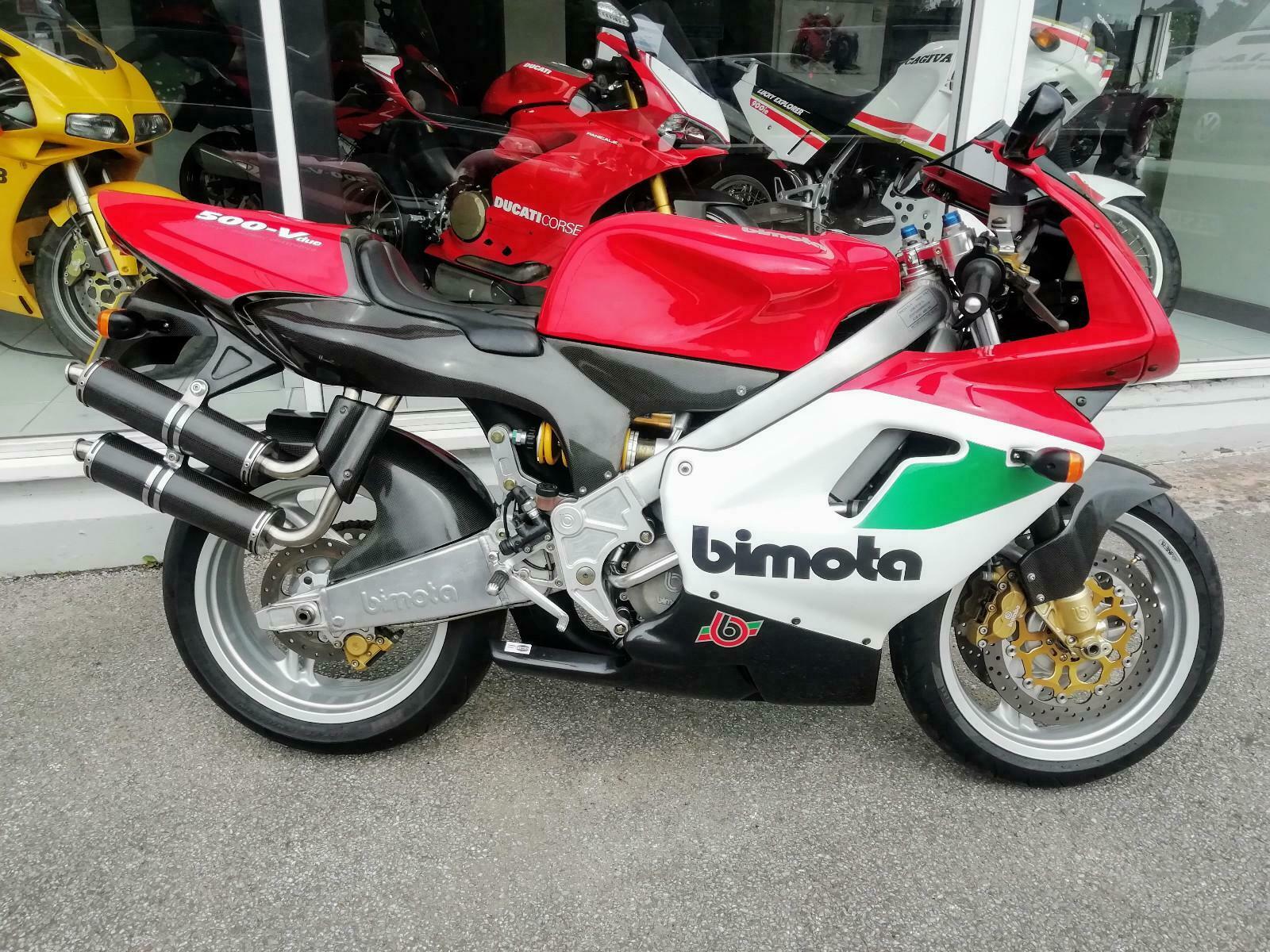 Better than a pension! That is the headline that screams from the ad for this 2 owner, 1,500 mile wonder. And it is a wonder. Part mythical beast and part utter genius, the VDue was the bike that turned Bimota from a kit bike maker and frame builder into a full-fledged motorcycle manufacturer. It also was the bike that utterly destroyed the company, caused the Italian government to step in, and sprung a cottage industry of tuners and parts mongers. This bike is the ultimate legend, largely for all the wrong reasons. 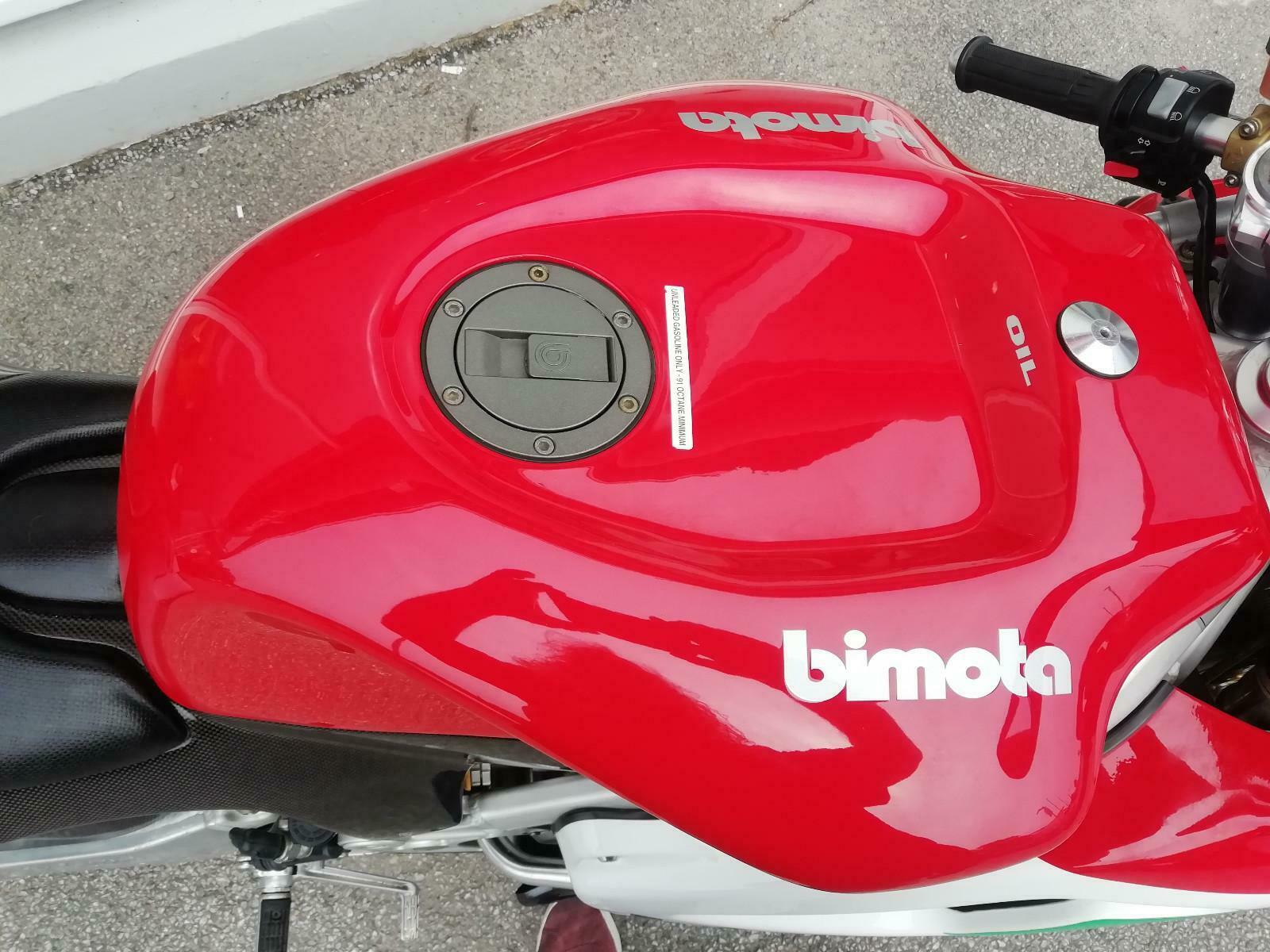 Let’s put the VDue in perspective. This is a 500cc v-twin GP racer for the street: that means Suzuki RGV250 / Aprilia RS250 size, weight and nimbleness with GSXR1100 power. Interested? So was the world. Throw in a solid decade of R&D to try to make a two stroke emissions friendly enough to past muster as a street bike and the GP dream takes a hard left at the end of pit lane. Bimota engineers developed a direct injection system for the VDue – an ingenious and ambitious solution – meant to cure the dirty elements of 2-stroke power and provide plausible fuel economy. Sadly, in the late 1990s the tech was not quite there and the resultant effort – while producing over 110 HP while it ran – was inconsistent, unreliable, and prone to failure. Of the 500 bikes proposed for the series, Bimota produced 340 – all which were recalled. This, coupled with the loss of a major sponsor in WSBK racing who owed them money, left the company in financial ruin. Today, Kawasaki has a majority investor stake in the company, which produces a single model (Tesi H2). 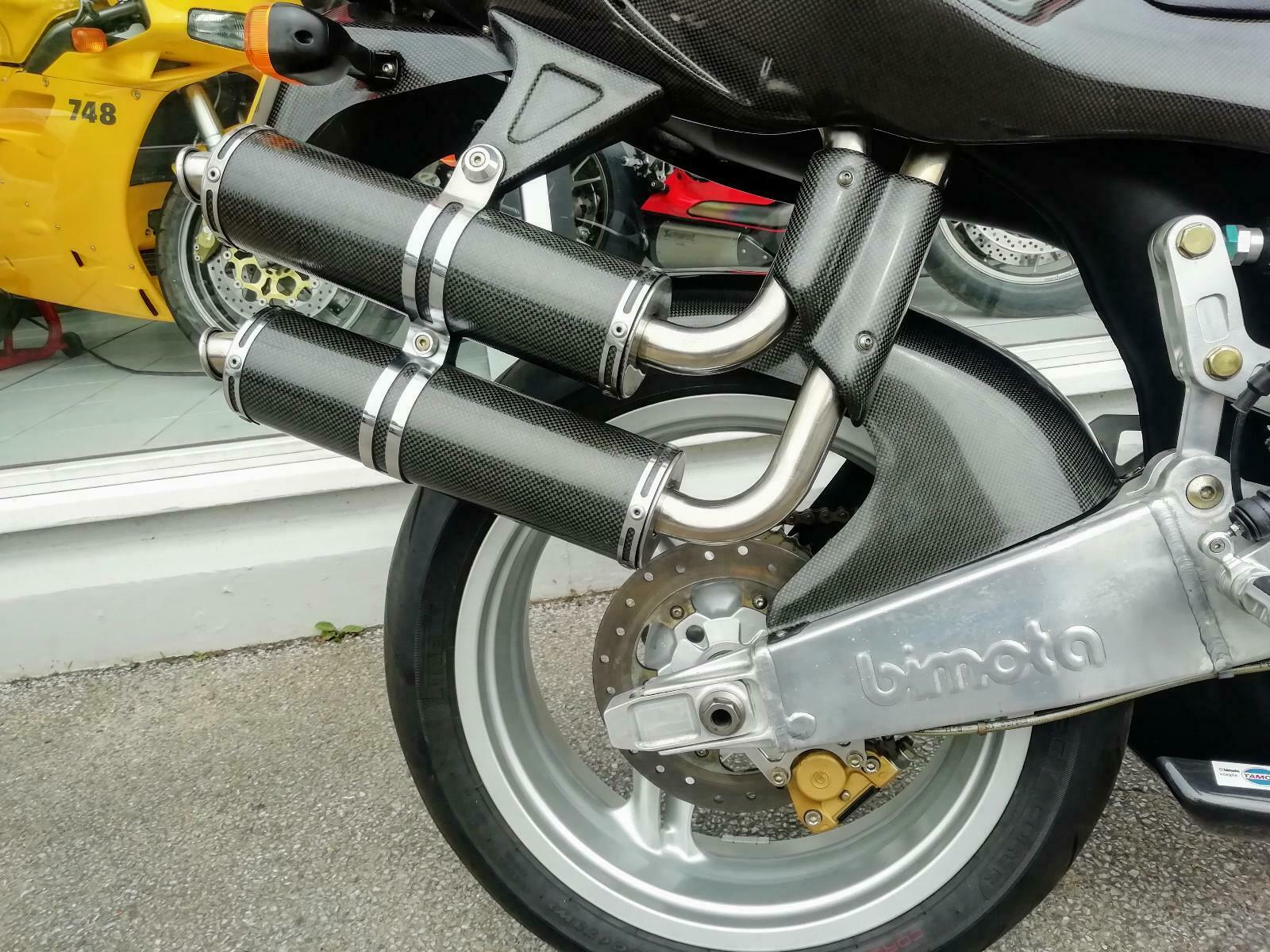 From the seller:
The very last of the legendary stink wheel generation before legislation finally killed off the two stroke engine! This incredible machine has earned its place in the hall of motorcycle frame for lots of reasons, not least of which is the styling which still looks fresh twenty years later, as well as all of the controversy and very Italian politics involved in the very limited production run. This means as you know that not very many were made and even fewer found their way to the UK, this makes them an incredible bike to own for exclusivity, the ultimate riding experience and how could you not agree that this would be a whole lot more enjoyable as an investment than a pension or ISA!!! 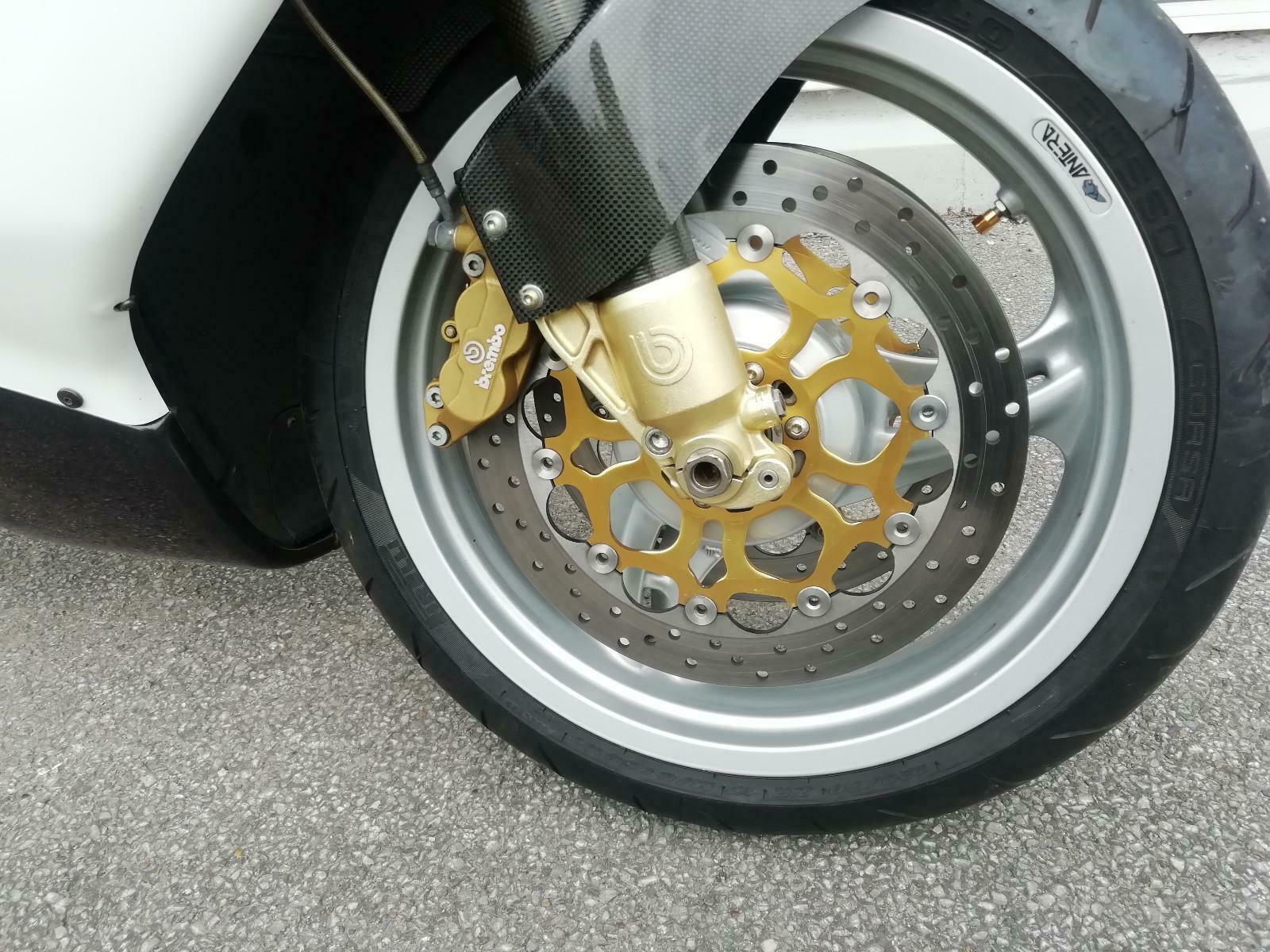 In a last gasp effort, Bimota reworked the VDue with Dell’Orto carbs and re-badged the bike as the “Evoluzione,” but in reality it was a step backwards in tech. Only 21 of these bikes made it out of the factory for road use. In the end, Piero Caronni (one of the Bimota engineers on the original VDue project) purchased the remaining bikes, all the spares he could get his hands on, and the rights to the VDue name. It could be said that most of these bikes that are running today are due to his fanatical efforts on this halo bike. 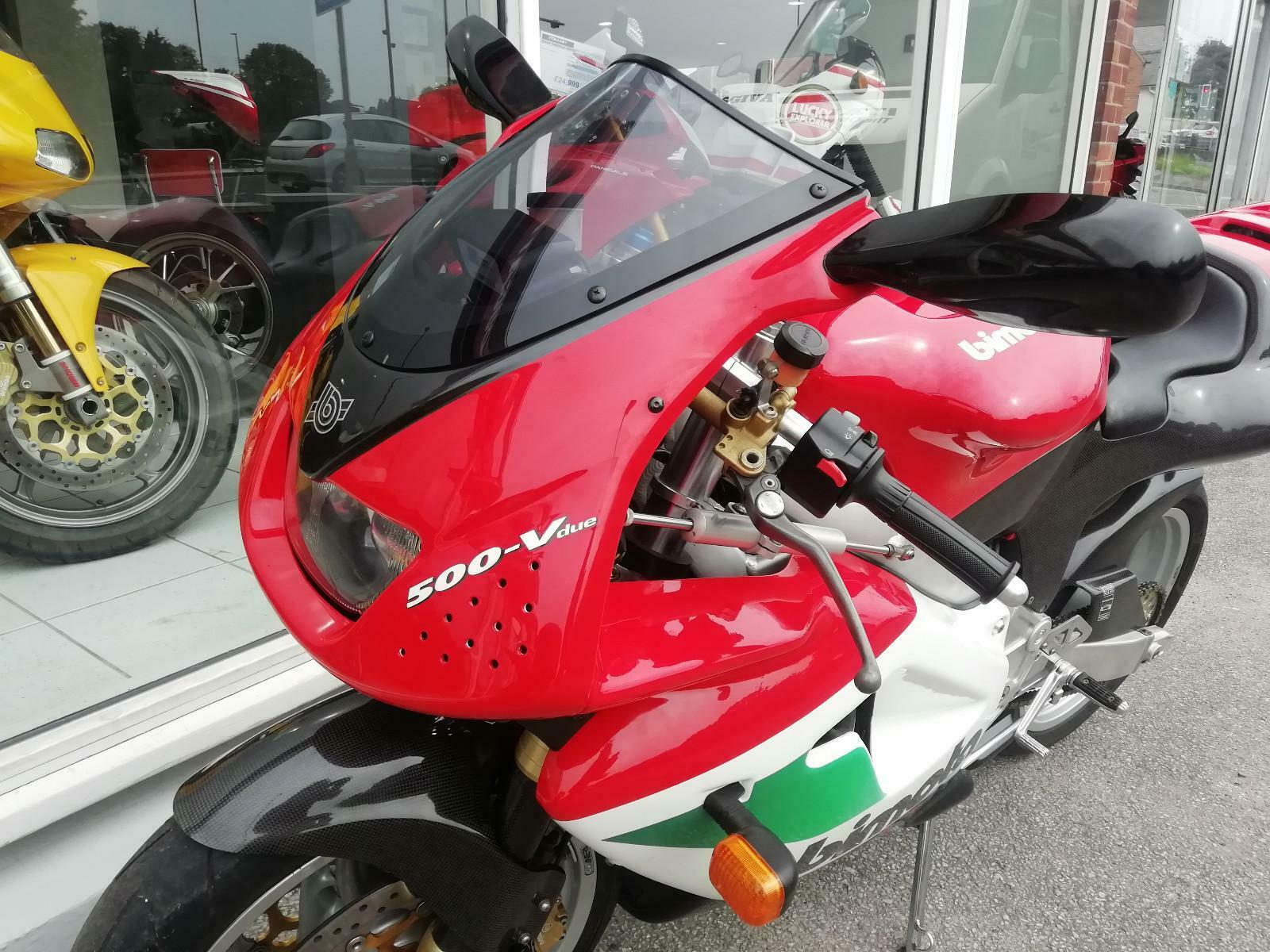 Today’s VDue is located in England – these marvelous machines were never officially imported into the US. There is no commentary as to what has been done, if it retains the original fuel injection (or, if swapped out to carbs, who did the work), etc. These are all questions that should likely be asked by a potential buyer. The bike looks new, as a 1,500 mile example should. By all accounts, a properly running VDue is a joy to ride, but be warned that between fuel consumption, high-end 2-stroke oil and frequent rebuilds these are not cheap to operate. But they are very, very rare, and very, very collectible. These were $30k when new, if you could find one. This one is listed in the UK for £24,999 – which nets out to about $34 large American greenbacks. Check out all of the details here and Good Luck!! 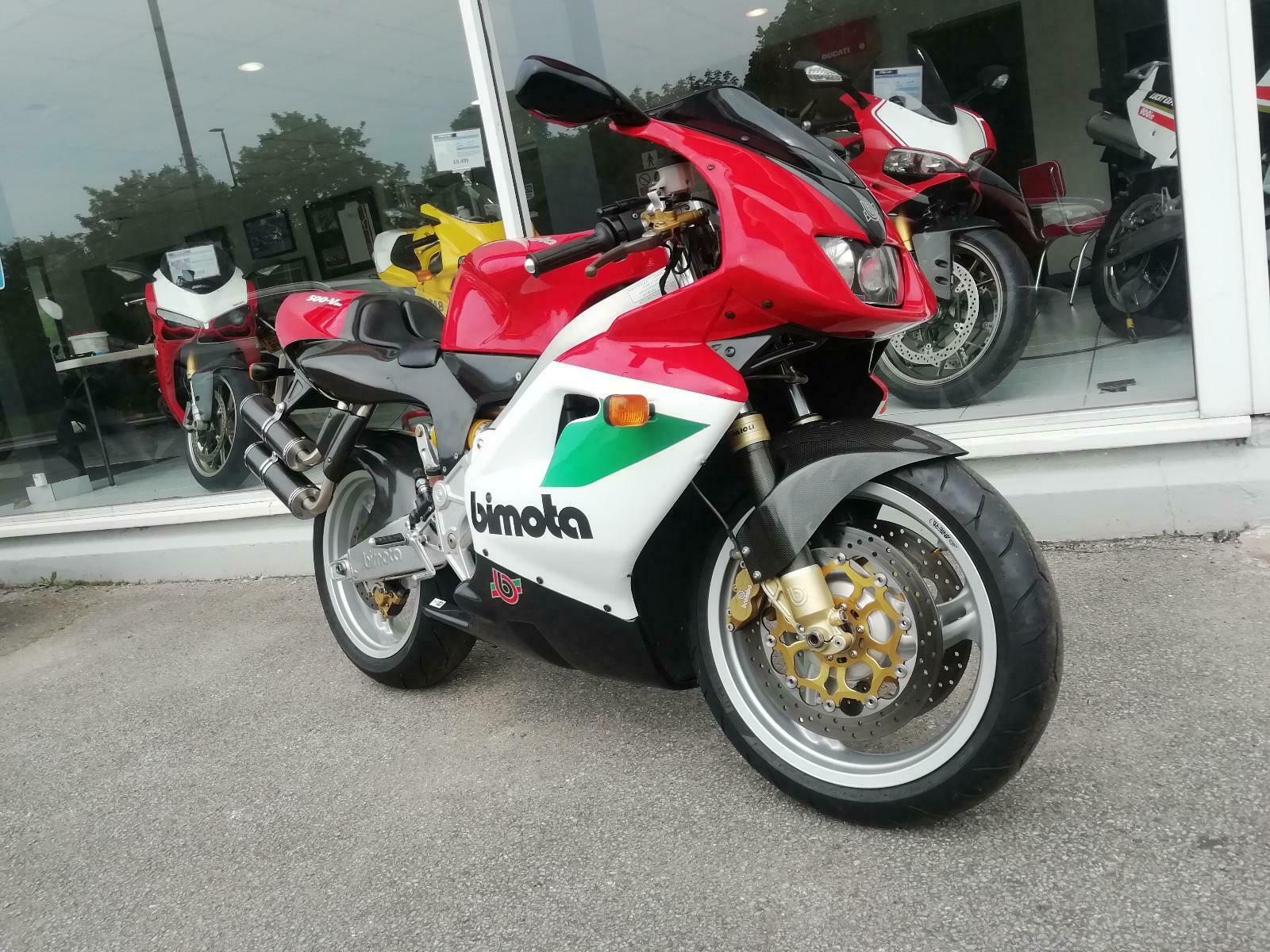 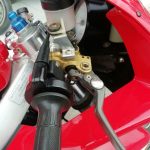 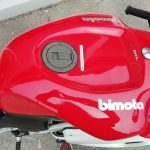 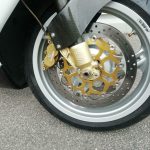 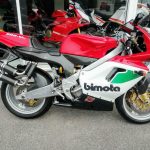 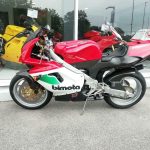 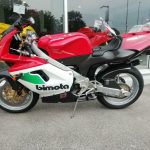 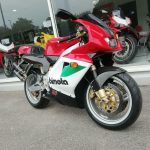 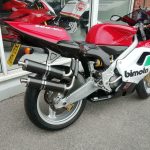 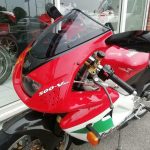 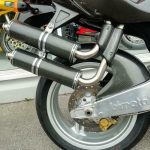 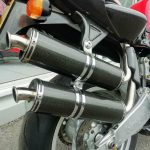 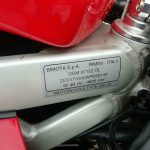