Since the RZ350 was sold here until 1986, it’s relatively rare to see the fully faired rest-of-world edition.  Though this example isn’t currently operational, it shouldn’t take much to bring it back to the living – not to mention California title ! 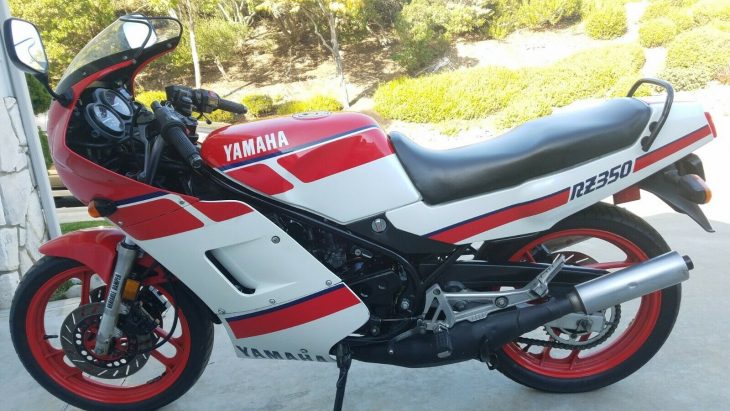 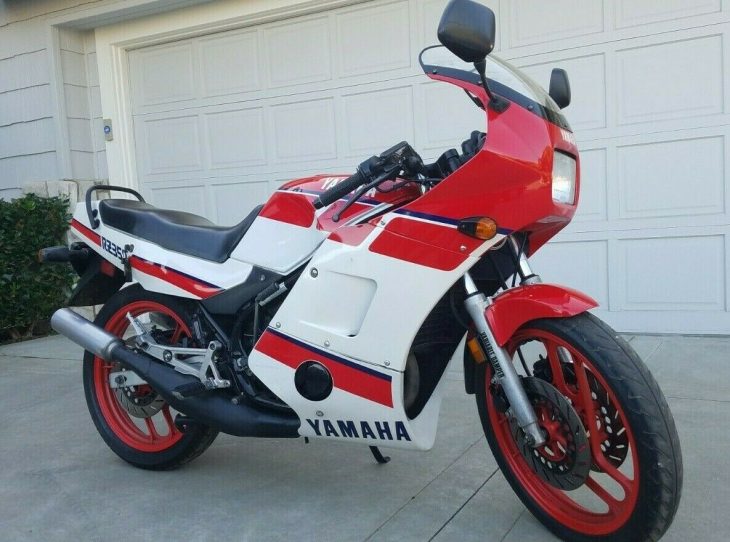 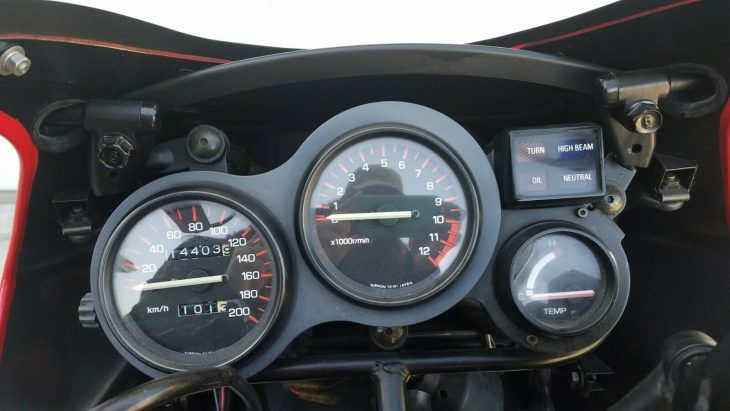 For 1986, the RZ350 used Yamaha’s 347cc parallel twin with their electrically controlled power valve, and revised porting and combustion chamber helped make 59 hp at 9,000 rpm.  The lightweight rode on 18-inch alloys with air-adjustable forks and monocross rear.  A perimeter chassis and swingarm were executed in steel tubing, with triple disk brakes.  The full fairing was new for 1985, but 1986 saw a revised tail fairing which perhaps looked sportier in its simplicity. 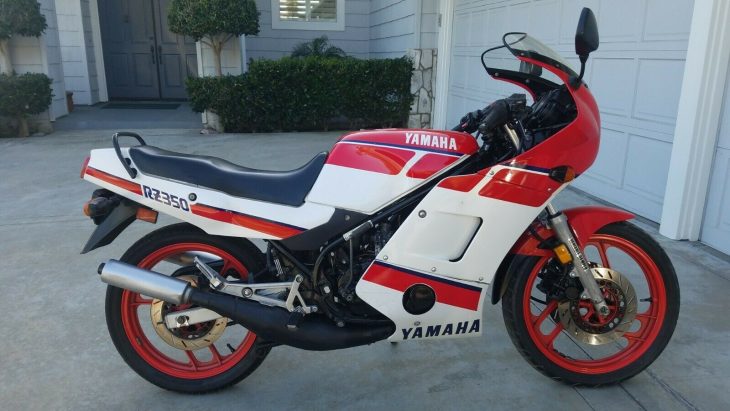 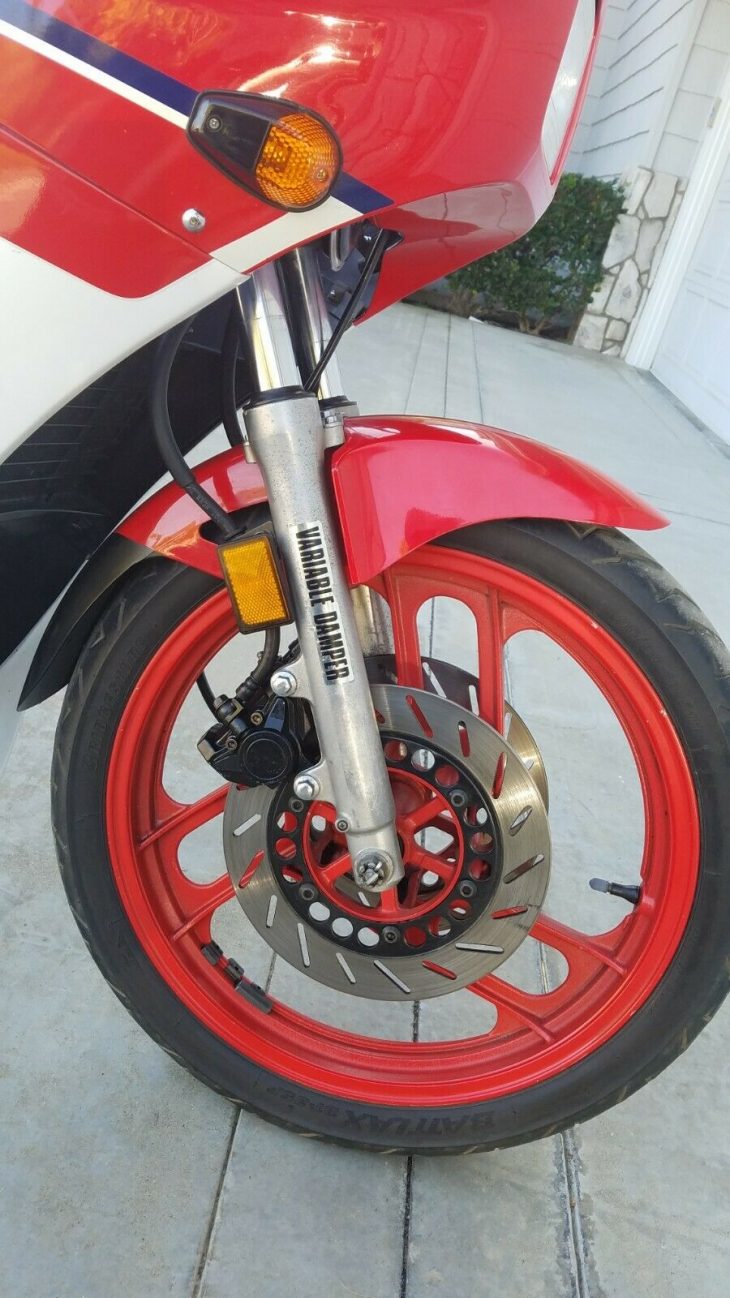 Not seeming to be a dealer, this owner invites inspection at their home.  The RZ shows very well, with 14,403 km’s or a hair under 9,000 miles.  Finishes and plating indicate inside storage.  Nicks and dings keep it from being a real show bike but once it’s back on the road, it would be a smashing rider or riding resto.  Comments from the eBay auction:

The bike is the full fairing Canadian model that was imported here in the US and it comes with a clean CA title and non-op registration.  The motorcycle is in excellent condition and has approximately 14K Kilometers which is equivalent to just under 9K miles. As shown in the photos, the bike is in excellent cosmetic condition with only minor blemishes to the paint as shown in the last photo.

The bike has been stored and was drained of fluids, so it will need a light service to get running including but not limited to a new battery, fresh fluids, and possibly a carb cleaning.  The motor kicks over with great compression, the throttle turns, clutch and brakes are working, inside of gas tank is clean, electrical is working, etc. so it should not take very much to bring the bike back onto the road.

For anyone considering this bike as a collectors item or investment, the bike is a numbers matching (Vin to Engine) vintage motorcycle in mostly all original factory condition, this bike has not been restored but rather it has been on display and preserved for most of its life. 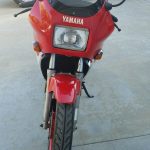 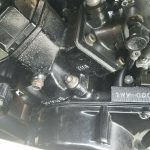 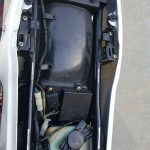 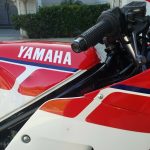 Can’t pretend to understand the RD / RZ / LC confusion, but the actual bike has made more incremental changes over the years and across continental divides.  Meanwhile the two stroke Yamaha fun factor is un-parallelled.  Bidding seems serious in this auction, with more than three days yet to run.  The new owner will have a distinctive RZ350, and will get a chance to know it better during the re-commissioning. 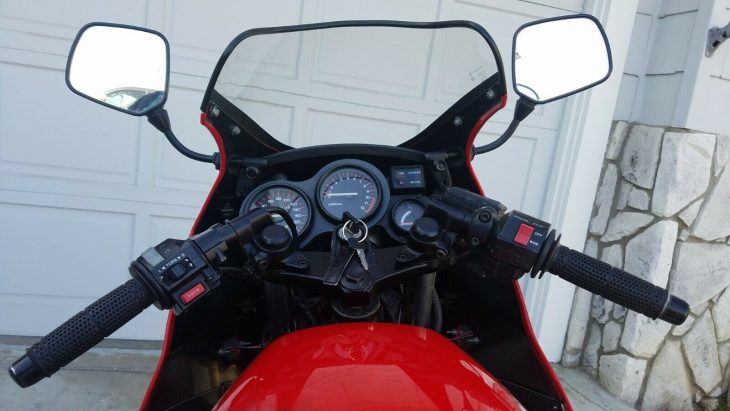