If your significant other said there was room for just a single bike on your side of the garage, a 996 SPS might be a worthy choice.  This turn-of-the-century model has been babied but not left un-ridden. 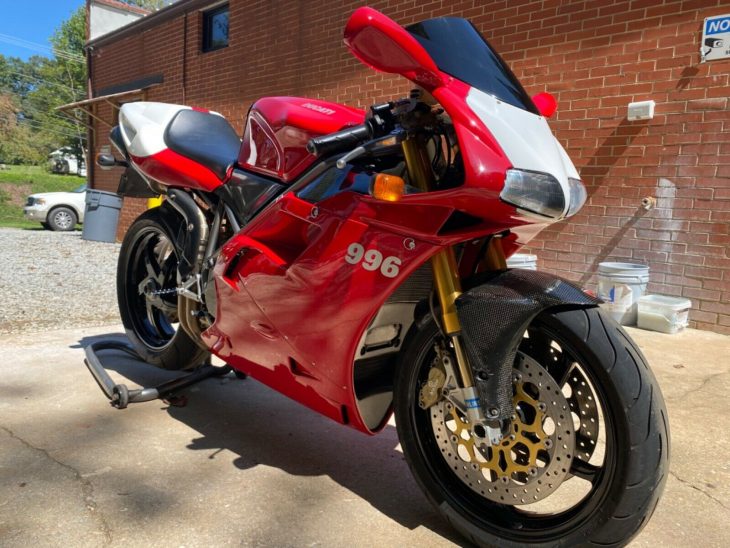 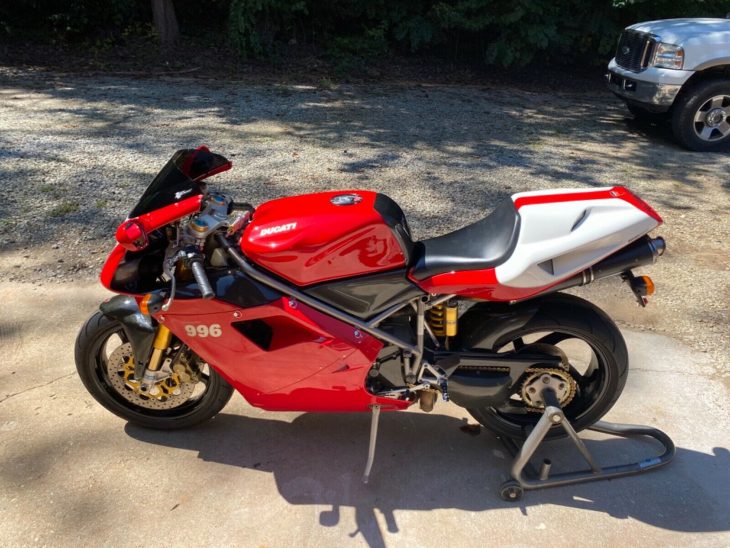 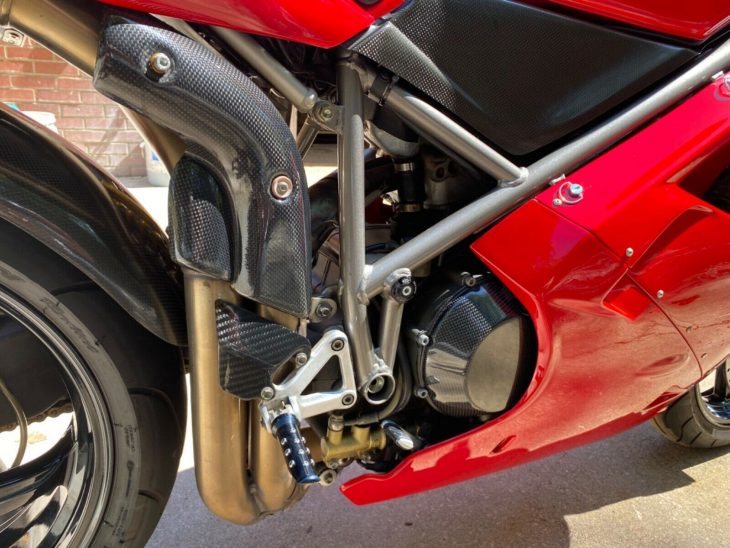 The SPS was the top of the line for 2000, and carried 73 ft.-lbs. of torque from 8,000 to max power of 123 hp.  Bigger differences from the -S were the Öhlins forks and monoshock, and forged Marchesini alloys.  Adjustable headstock almost needed a pro-level rider, stopwatch, and a racetrack to get the benefit of the steering damper.  Iconic trellis frame and quick-release fairings are accented by carbon fenders and side covers. 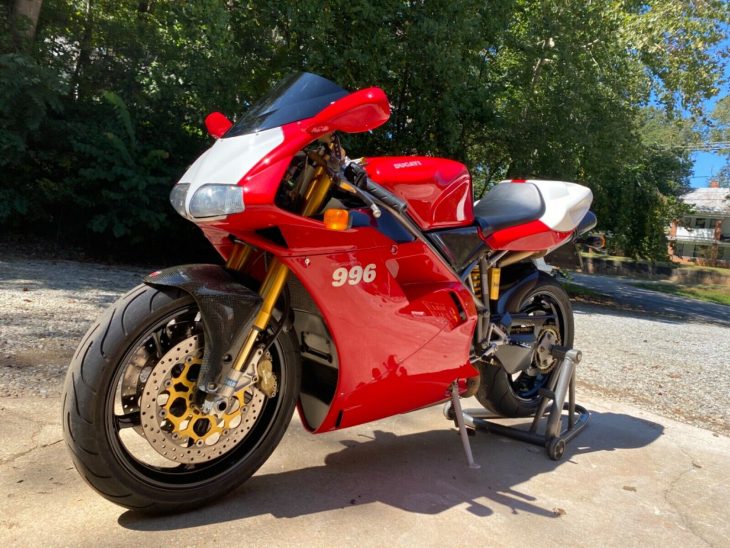 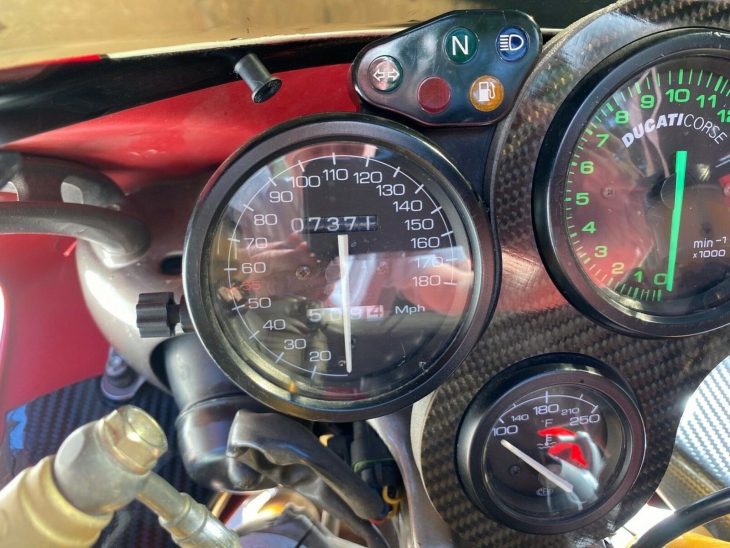 In private hands, this SPS looks carefully tended, and maintenance and ownership sound like they’re in for the long haul.  Mod-wise, the carbon cans were likely a dealer option, and not much else is evident except the alloy footpegs.  From the eBay auction:

2000 Ducati 996 SPS #1334 out of 2000 built for year 2000. I have owned the bike for over 10 years and it been rode sparingly. It has always been garage kept and maintained meticulously. It has recently had the belts replaced, brake & clutch fluid flush and replaced, oil & filter changed. I am 50 years old and do not have the time to ride anymore. This bike is an absolute work of art. 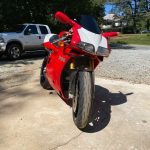 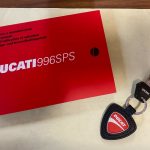 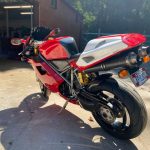 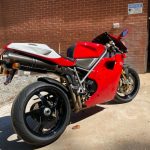 Carl Forgarty and Troy Bayliss alternated Superbike championships with Colin Edwards on the RC51, in a great era for superbike racing if not rulesmaking.  For all the limited editions which were more properly commemoratives, the SPS is really what the numbered triple-tree plaques were meant for.  While not a zero-mile collector, this SPS looks to be what homologation was all about.