In the highly unlikely case that RSBFS readers are not aware, the Ducati 851 is a mere twin, not a triple. However in the “when it rains it pours” environment of rare motorcycles, today’s 1992 Ducati 851 is the third low mileage Strada we have seen (see HERE and HERE). This is certainly the feast part of “feast or famine” and means that if you are in the market for one of these iconic machines, then you have a surprising choice of available examples. As oft recounted on these pages and elsewhere, the Ducati 851 was a triple threat of liquid cooling, four valve desmo heads and fuel injection. The result was a powerplant that paved the way to the legendary 916, and progressed Ducati further along winning ways at the racetrack. With 110HP above 9,000 RPM, the new 851 could rev like no other twin. And with Brembo brakes and Showa suspension connected to Bolgna’s best trellis frame to date, the 851 could handle like no other as well. The Strada was the the lowest spec 851 made available, yet was head and shoulders above anything Ducati had released to date. All service during my ownership has been performed by Northern Ohio Ducati & Triumph and Pro Italia.

Of Note: 100% stock – absolutely no modifications! // Bike delivered with (2011) Pirelli Diablo Corsa tires with a reported 559 miles. // IMG_0005 intended to show condition of underneath of bike + inside fairing… // IMG_0003 is of current odometer reading. / Headlight does have some of the typical fogging on lower half. // Reflector on RH front fork is missing.

Bike is ready to ride or show. Happy to provide additional images and/or answer questions. Today’s example is a Strada – meaning the bi-posto or two-seater example. The seat cover removes via the ignition key, and passenger grab handles deploy from beneath. In all, a very trick setup for two-up riding on an otherwise solo looking tail section. The pipes are upswept in order to facilitate ground clearance, and it is unlikely you will be touching down hard parts unless shod with race rubber and in possession of superhuman talent. With a claimed mere 1,601 miles on the triple Veglia white-faced gauge cluster, this is one of the cleanest, most stock examples of the 851 we have seen on these pages. It appears to be about as perfect as one could hope, and promises the next own a riding experience as if it was purchased new off of the showroom floor. The opening ask for this auction is $9,000. And while that is a fair amount of cash to start an auction, it is most certainly in line with the low end of what this bike is worth. That tells me that this isn’t a low dollar click bait to get people to bid, but rather a straightforward approach to selling the bike. Check out the other 851 models we have posted in the last week or so, and then jump over to this auction – there is lots of 851 goodness to see! Good Luck!! 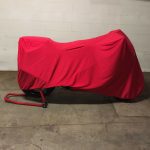 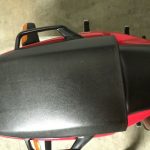 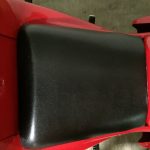