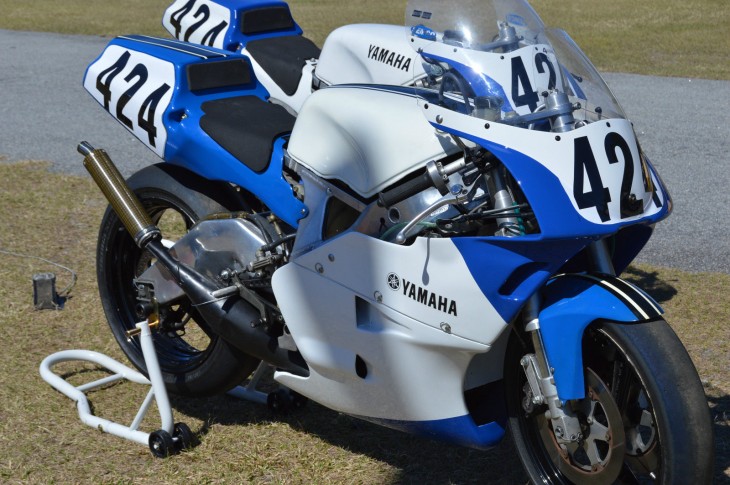 Looking to start your own vintage race team? Well today’s brace of 1991 Yamaha TZ250s and a whole raft of included spare parts is ready to help you do just that, just add trailer.

Sports two-strokes from the 80s ands 90s are very rare and desirable these days, with fresh imports from Japan making their way here regularly. And as always, the issue of titling them comes up. In some states, it’s easy to get grey-market bikes titled. In others, particularly California, it’s very difficult without spending years gathering incriminating information about prominent politicians or spending a small fortune to bribe public officials.

Fortunately, today’s pair of TZ250Bs solves that problem for us nicely by being pure racebikes that never had titles in the first place. Obviously, there are some rough similarities between the TZR250 and TZ250, but the TZR was a sporty roadbike meant to ape the real-deal, “closed-course only” TZ. 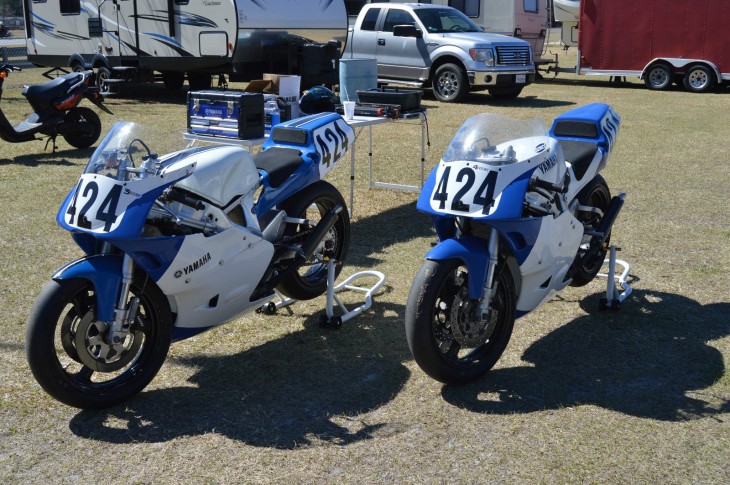 Powered by what was basically half of a V4 from the TZ500, the 1991 TZ250B was the first v-twin powered TZ250: earlier bikes used a parallel-twin configuration, long after competitors from Honda and Suzuki had switched to v-twin engines. The B also featured upside-down forks for the first time and a distinctive banana swingarm to clear the right-side expansion chambers, something that wasn’t required on the “reverse-head” parallel-twin TZs from 1988-1990. From the original eBay listing: Pair of 1991 Yamaha TZ250Bs for Sale

I do not know the miles on either bikes’ cranks but when I did the top ends they checked OK.

I have approximately $10,000 in spares, mostly new, not a bunch of junk. I will provide an inventory list upon request and I have included photos of them.

The bikes are sold on a BOS, there were no titles for these bikes. I had to put something in the eBay listing for title condition and miles. These are very nice machines, I love the color scheme, and a big box of spares to keep a pair of obsolete racebikes running sounds like a peach of a deal… But at $30,000 Buy It Now for the pair, you’re looking at a lot of cheddar for this package. 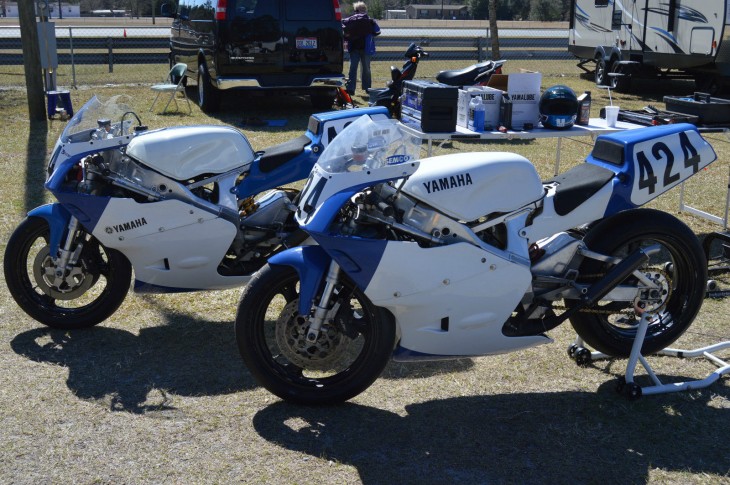