It’s rare to see an 800SS, though it had a thoughtful group of compromises, the Terblanche design took many years to be accepted.  Here’s an Iowan example which is a good year, in understated Senna colors, with several carbon updates. 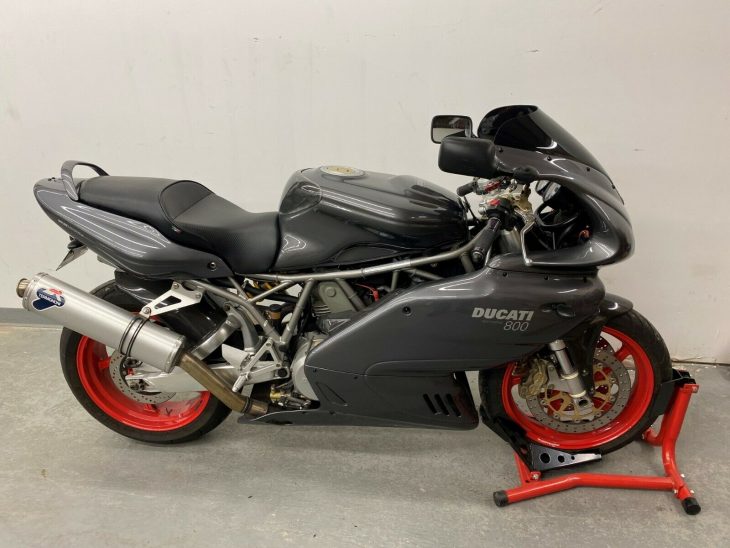 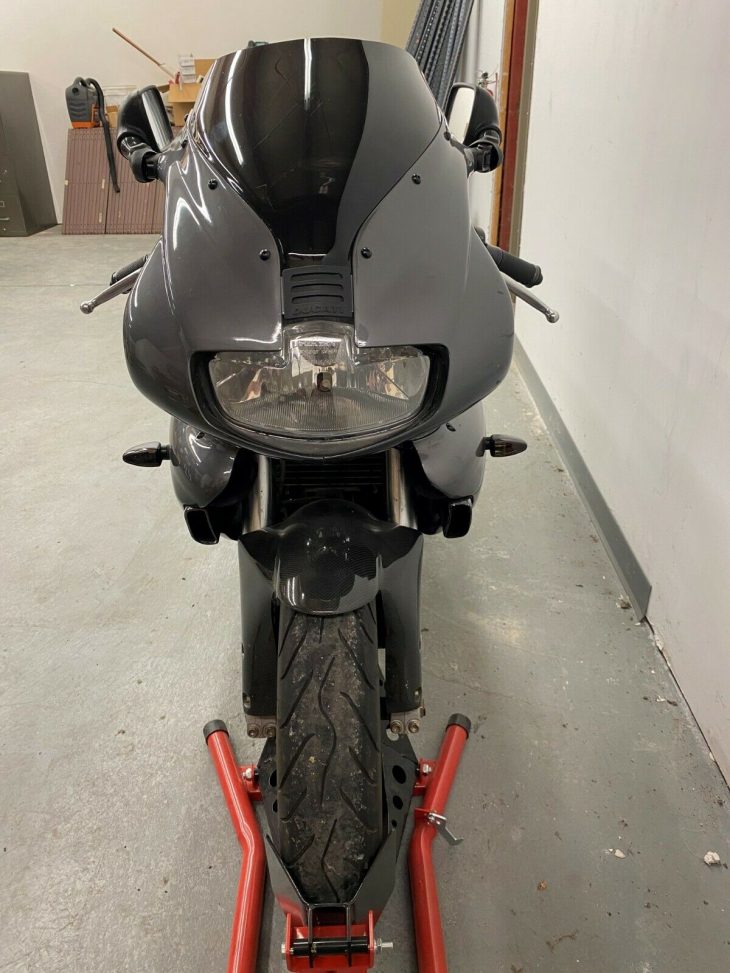 Ducati’s new 800cc L-twin was a desmodue, but engineered for a higher rev limit and made 74 hp at 8,250 rpm.  A six-speed was specified to capitalize on the peakier torque curve, and a wet clutch is behind that unusual closed cover.  The ’03 has an alloy swingarm, as well as multi-adjustable suspension, both of which fell to the auditor’s eraser the next year.  Expected Brembo brakes and Termignoni exhaust fill the bill, and the cast alloy wheels are nicely sized if not the lightest.  Full or upper-only fairings were available, and the tank came from the factory with a rubber belt buckle guard. 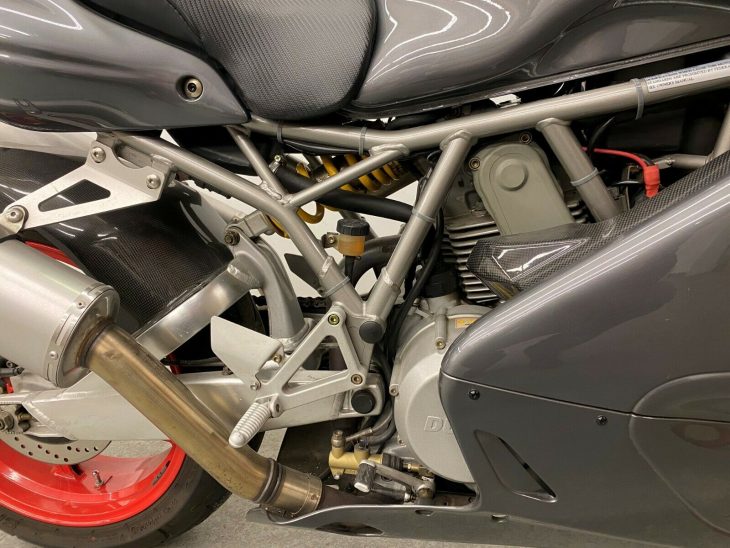 This seller doesn’t flesh out the maintenance history, but says it’s ready for cam belts.  The tires don’t look bad, but might have outlasted their use-by date.  The Sargent seat is a nice addition, and the carbon mudguards look great ( better than the carbon tank protector ).  Quite clean with just one scuff apparent under the near side grip.  Comments from the eBay auction:

Ducati Supersport in great condition.  It has a Termignoni exhaust, Sargent seat and plenty of CF added.  It is due for belts and the black key was bent at one point so is a little finicky.  Comes with the red master key which works without issue. 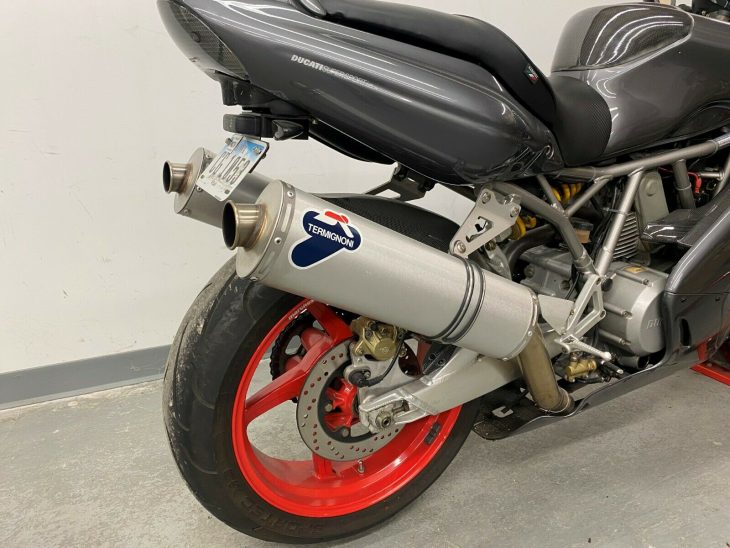 The 800 got high marks for its handling and braking, and had plenty of power if not supertwin torque.  The build quality was a high point for Ducati and the wet clutch proved easy to love.  With 620, 800 and 1000cc variants, there might have been too many choices in the SuperSport department, and most riders willing to spend $9k on the mid-size could spring for the liter.  But for someone wanting that happy-to-rev 800, this example looks very tidy and might be a perfect entrée into the air-cooled Ducati experience. 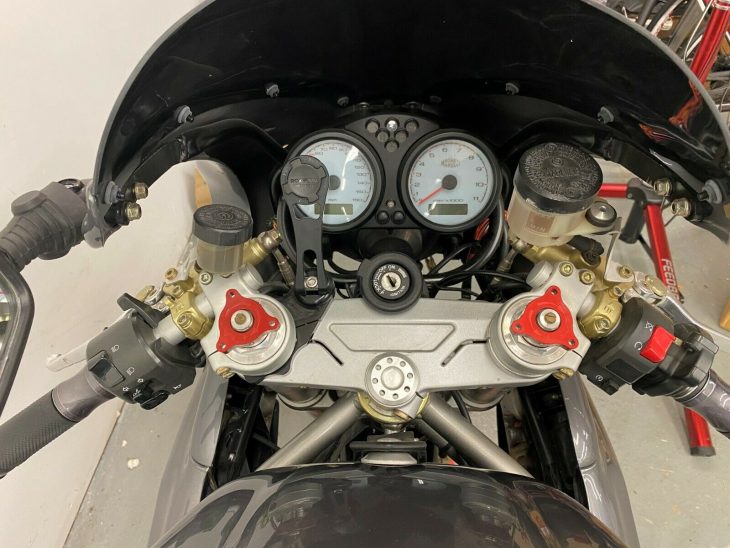