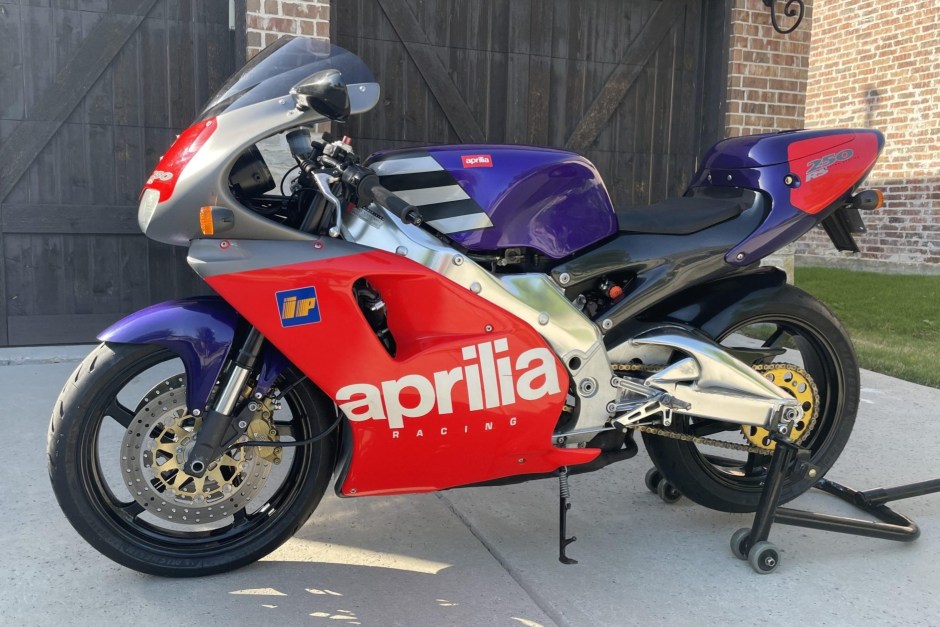 Up for sale today we have a 1995 RS250 Reggiani Race Replica. The RS250 was first released in 1994 after Aprilia pocketed both the 125cc and 250cc championships. While RS250s were mostly popular in Europe, some examples, including this one on BAT, have made their way into collections stateside.

The RS250 is what you would get if you plucked a commoner out of Japan and took them on a shopping spree in the Milan Fashion District. Swap the Asics for some Ferragamos. Aprilia realized there was no need to reinvent the wheel to make their way to the top step of a highly contested 250cc class. They started with Suzuki’s RGV250 engine and wrapped it in go-fast bits. The seller does a good job detailing the specs in the listing so I’ll stay out of the way there. 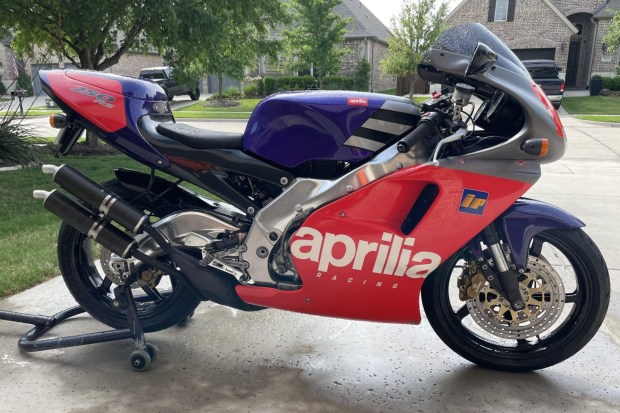 To keep up appearances, Aprilia had to boost the power spec so their owners could scoff at regular 250s wherever they went. With some tweaks, Aprilia claimed they got 72.5 hp but that number was a bit lower in reality. I don’t think the hp number is all that important for these bikes anyway. The experience of riding a two-stroke race bike on the street is really what you are buying. If you do fancy a bit more power check out this exhaust system from Tyga Performance. 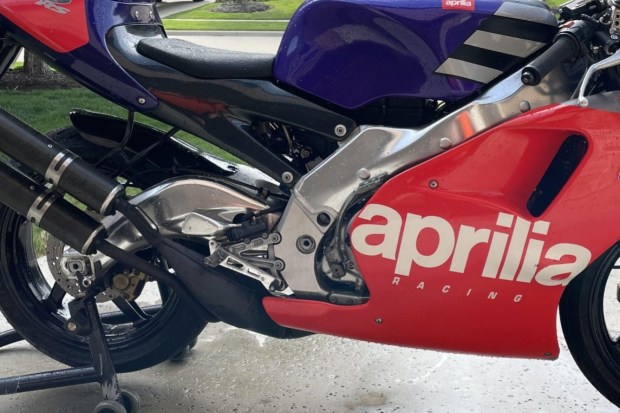 Looking at the frame of the RS250 compared to its Japanese counterparts, you see the distinct design philosophies that have goverened everything that has come out of Japan and Italy. Keep in mind, this isn’t just a pretty face. The swingarm is asymmetrical to allow for more cornering clearance with the exhaust, the frame is made out of magnesium and aluminum to keep the weight down, and the Brembo binders that pinch two 298mm discs up front are more than adequate for race use. 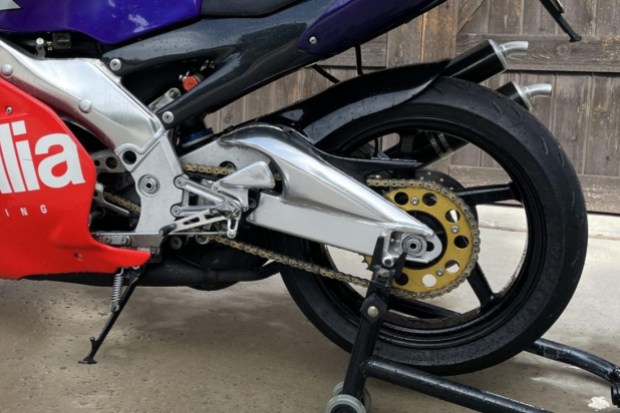 The seller completed a pretty thorough overhaul of the engine. They say a picture is worth a thousand words and there about 7 pictures of the engine overhaul in the listing and 3 videos of the bike running so have at it. 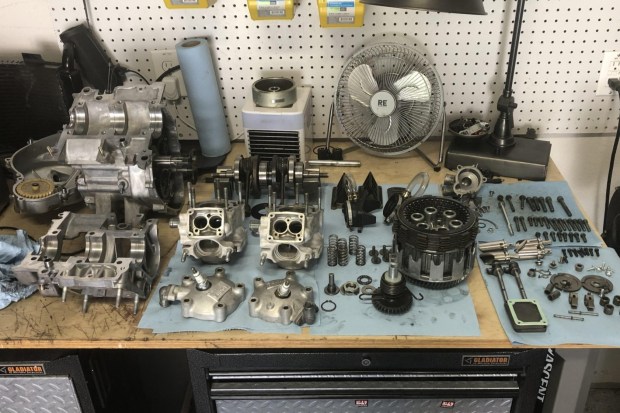 This 1995 Aprilia RS250 was produced as a tribute to Aprilia factory rider Loris Reggiani and is powered by a 249cc two-stroke V-twin paired with a six-speed transmission. The bike is finished in red, purple, and gray and is equipped with a solo saddle, a tinted windscreen, adjustable suspension, a Zeeltronics programable ECU, a two-into-two exhaust system, twin Mikuni carburetors, triple Brembo disc brakes, and 17″ wheels. The bike was reportedly first registered in the Netherlands, and was acquired by the seller in 2019 in Florida and subsequently relocated to Texas. Work under current ownership included overhauls of the engine and suspension, and replacing the ECU, tires, and more. This RS250 is now offered with receipts and a clean Texas title in the seller’s name that lists it as a 1996 model.

I’ll be honest. By the time I started following road racing, in my mind, two smokers were pretty much equivalent to Nokia bar phones. That being said, the only thing the two have in common are the era in which they were mainstream. The comparison stops there.