While an occasionally a special bike is regarded as a game-changer, a reference standard, or in impeccable condition, a museum piece.  This first-gen CBR900RR is quite literally all these things. 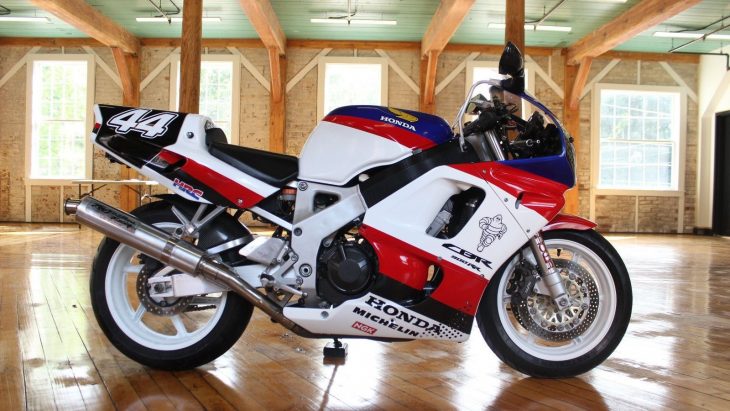 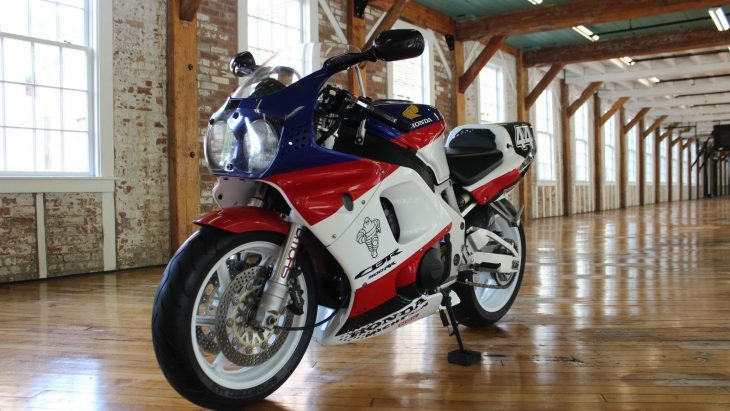 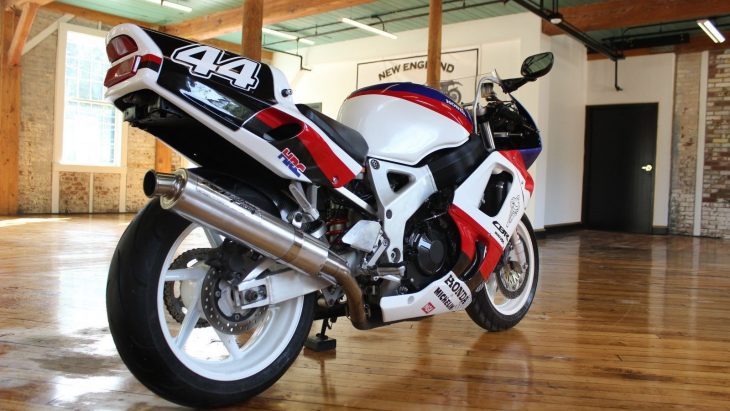 In development, Honda stroked their four-in-line 750cc engine to 893cc, pushing power up to a liter-bike 122 hp, but not appreciably increasing weight.  The package weighed just over their own 600 but moved like a superbike.  A redesigned aluminum spar frame handled the power, with 45mm right-side-up forks and monoshock rear.  Nissin supplied the 296mm front disks, with 240mm out back.  Round headlights identify the first generation 900RR, along with an array of vent/intake perforations that must’ve been some young grad student’s thesis. 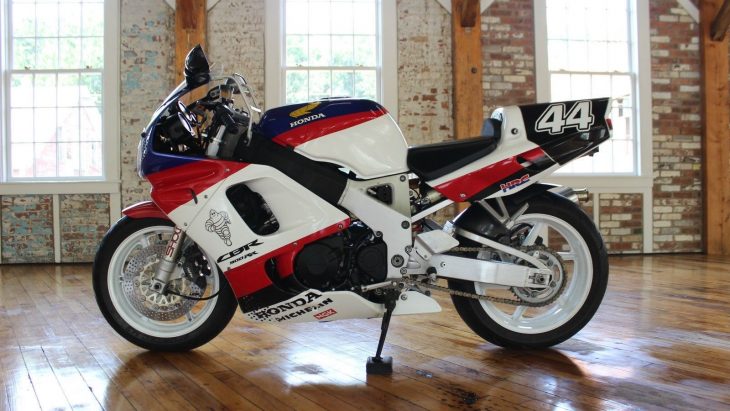 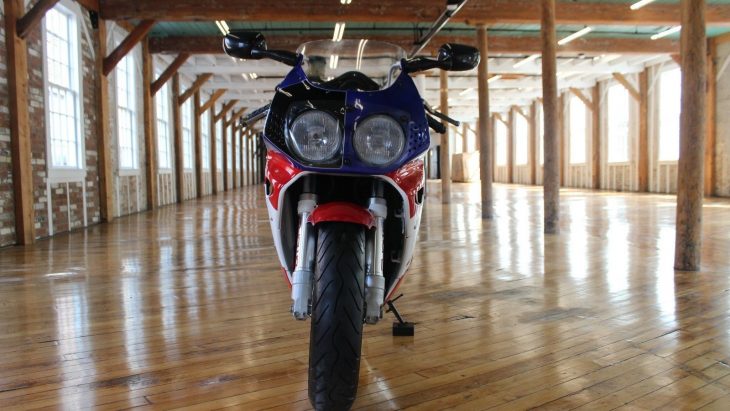 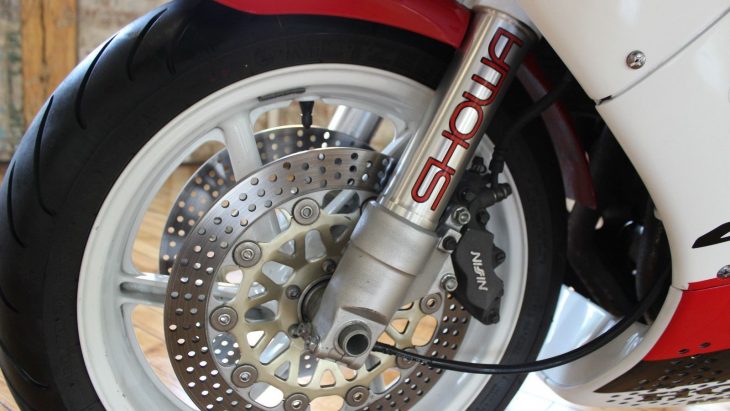 Presented by a shop that also houses a museum, this CBR looks to be every bit of the 300-mile display article.  The 900RR’s were made in too many paint schemes to to authenticate the red/white/blue/black, but more knowledgeable readers will likely weigh in.  From the eBay auction:

This bike is all business! The epitome of the retro superbike era! Plenty of true unaltered rear wheel horse power!

This engine has IMMEDIATE power surge from the bottom! It’s so strong it feels like you’re going into warp drive! The power is there whenever you want it!

Razor sharp handling! Tipping the scales at 450lbs this bike was in a different stratosphere than its competitors!

This is not a bike for the faint-hearted rider! This was one the first bikes that would raise the bar so far that the limit would fall at the rider rather than the machine!

A must have for any true super bike collector! 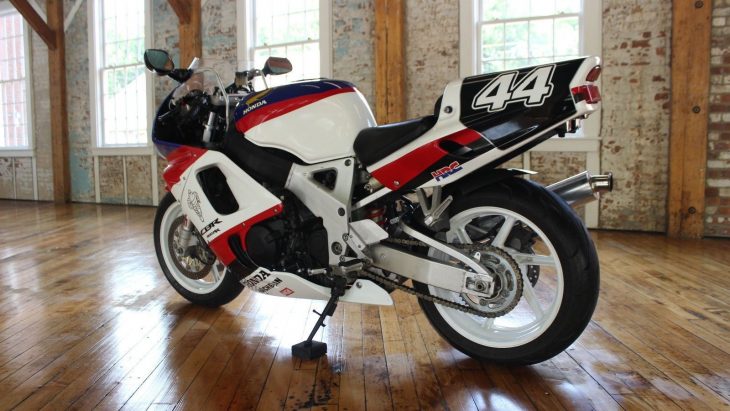 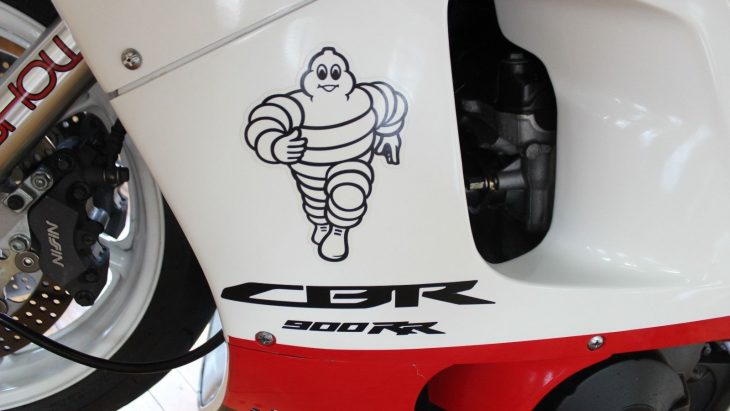 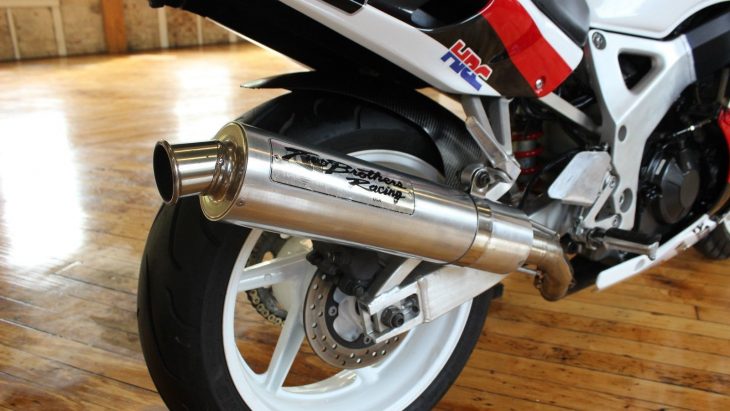 Elsewhere in the auction the seller states that the bike runs great, and though it probably won’t happen this way, the new owner could have a fantastic couple-three rides on this very original RR, and return it to display duties with clean pistons and less than 500 miles… 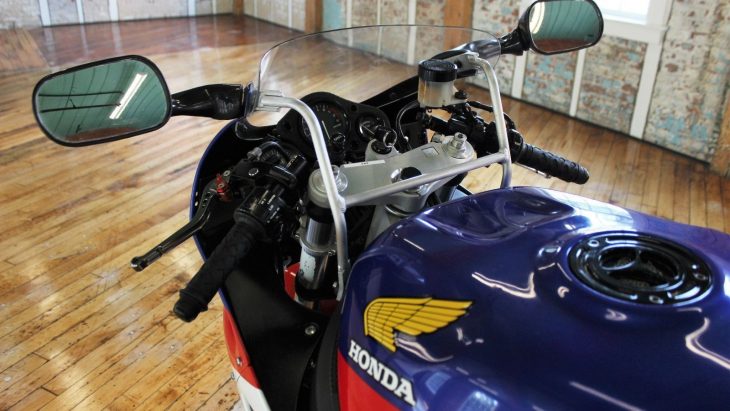 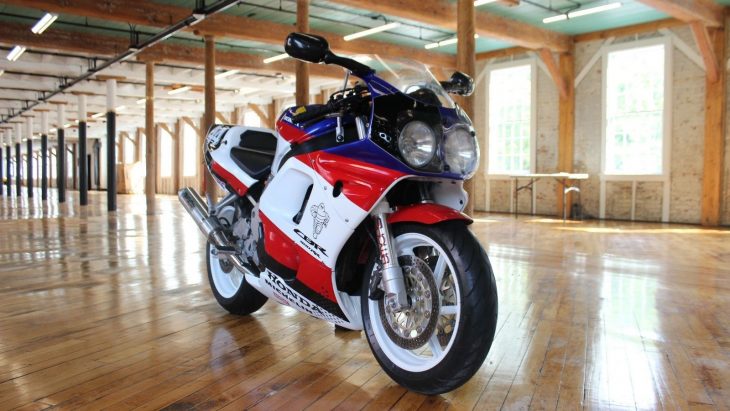