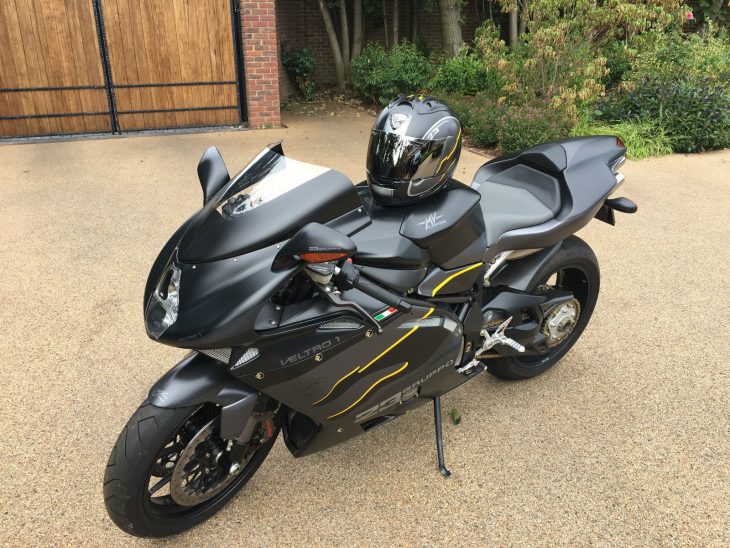 To stimulate interest in their flagship F4 that saw only occasional updates, MV Agusta trotted out a seemingly endless series of special-edition bikes with the usual collectors-only price tags, wild horsepower claims, and extremely limited production numbers. Certainly, today’s F4 1000 Veltro Strada counts as rare: just 99 were built, along with 23 of the track-only Pista version. The Strada included carbon fairings, tail piece, airbox, fenders, air-ducts and so on. The frame side plates are magnesium instead of aluminum. The Pista version also included a lighter frame, oversized radiator, a carbon-fiber fuel tank, and a magnesium triple clamp and swingarm. It was powered by MV’s 998cc, radial-valved, inline-four that, in this version, produced a claimed 174hp, or 185 with the “race-only” titanium exhaust fitted. The Veltro Strada was, to my knowledge, never imported to the USA: this one is for sale in the UK. Interestingly, “Gruppo 23” isn’t a race team, as you might expect. It’s an Italian fighter jet squadron that was based in northern Italy. Their mascot was a greyhound, as can be seen in the graphic on the fairing. Unfortunately, at a glance the greyhound silhouette does look a bit like those awful tribal flame graphics that were popular during the early 2000s… 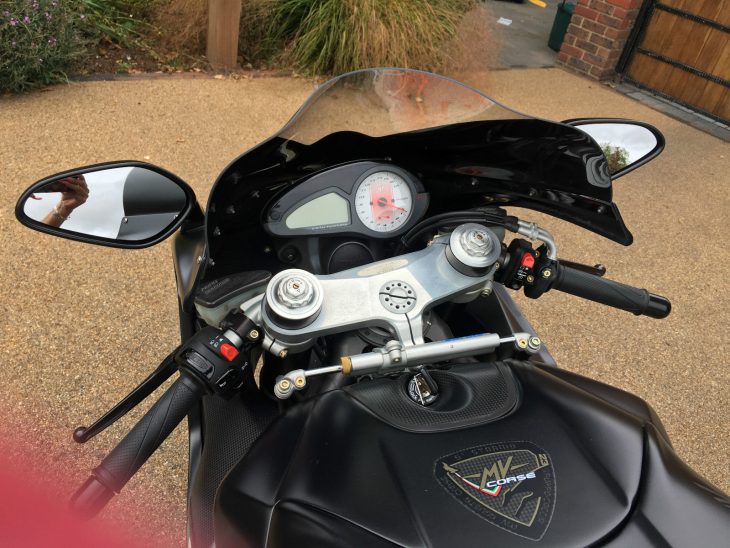 Considering these went for around $72,000 new, the approximately $80,050 USD asking price might sound reasonable for such a rare, exotic machine at first, until you consider that even very limited-edition MVs are going for relative peanuts right now here in the USA. If you’re a collector, this kind of thing might make sense. For the rest of us? The “regular” F4 1000 offers up the same exotic looks for 1/7th the money, with the only penalty being a few more pounds and a couple less horses you probably weren’t using anyway. 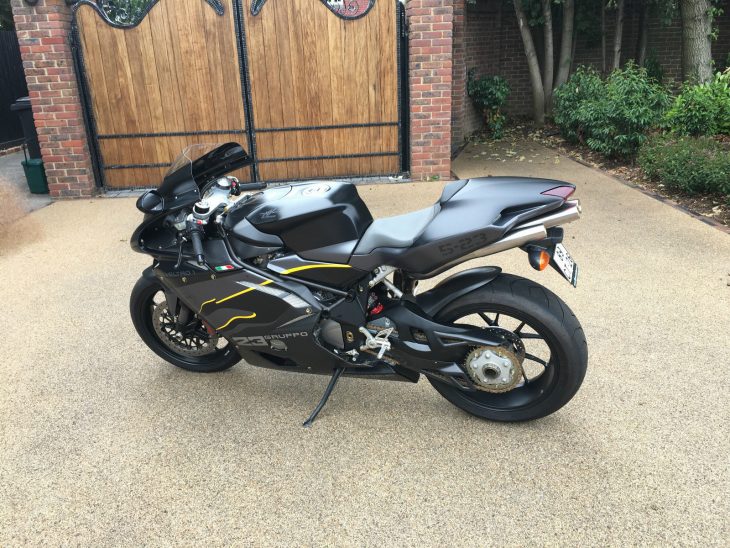 This is an exciting and rare opportunity to acquire a mint condition MV Agusta F4 1000 Veltro Strada Sports Bike – 1 of only 99 ever produced worldwide!!

This super bike is in ‘As New’ condition with only 175km/ 100 miles approximately on the clock, and is being sold complete with MV Agusta unused titanium exhaust system, MV Agusta race fairing and MV Agusta race helmet.

This collectors superbike would not look out of place being displayed within your home or as part of a vehicle/bike collection.

The Veltro Strada motorbike is the road legal version of the Veltro Pista, and only 99 of this model were every manufactured making it an excellent collectors item. The Strada features carbon fibre bodywork and fixtures, machined aluminium steering head and foot rests, Brembo superlight wheels and unique matt black paintwork/graphics in the style of a WWII Italian fighter plane.

Viewings are more than welcome on this rare motorcycle from serious purchasers. Vehicle location is within the London area, United Kingdom. 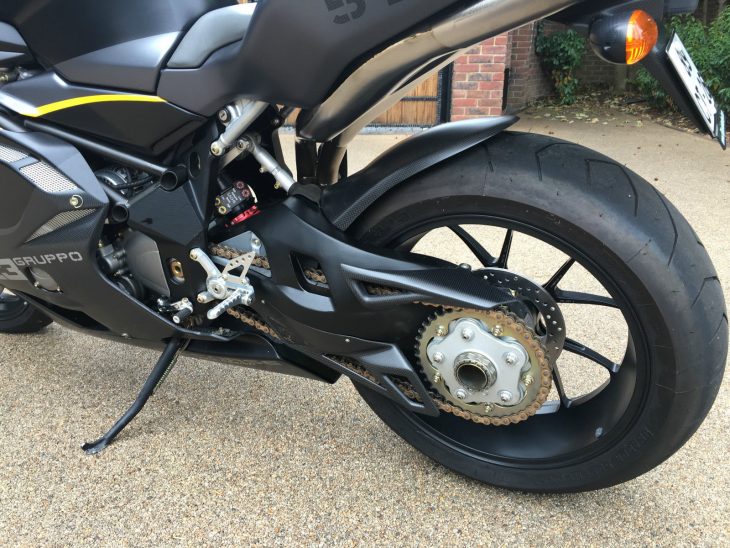 It’s a shame for all those speculators who purchased what they thought would be blue-chip collectibles, but great for the rest of us: these things really should be ridden, not hoarded anyway. If you like the F4 and can’t stretch to one of the various ultra-collectible versions, a “regular” F4 1000 offers up the same exotic looks for $10,000 or less and, in most parts of the country, you’ll still likely be the only person on one at your local bike-hangout. Obviously, that same money would buy an equally fast Japanese literbike that would be infinitely more practical, but if you want a bedroom-poster machine in your garage, and have a spare bike to ride while you’re waiting for parts to arrive from Italy during August when the MV factory is completely shut down for the entire month… 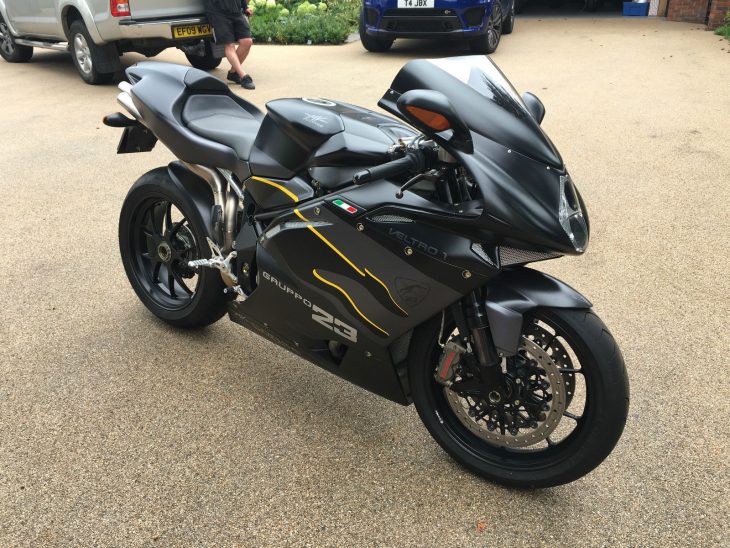