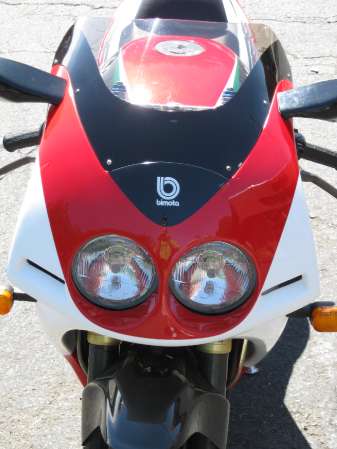 Is it ok to buy a motorcycle just for the frame?  Question number two, has a stouter looking frame ever been produced?  I don’t know if Bimota designed that thing for form or function but it looks like a beast.  Are  my eyes deceiving me, is that a carbon fiber license plate holder?  One thing I did notice about the auction though is the dealership has this bike listed as an SB6R.  I hate to use the word “just” but this is just the standard SB6.  It also looks like somebody with too much time on their hands got a hold of the wheels and resprayed or powder coated them.  This is a Bimota, you don’t respray them!  As with most  Bimota’s it looks like the bike has been taken care of and is generally good shape.  The sellers say the bike has been fully serviced. 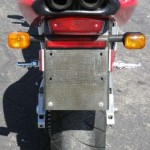 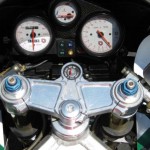 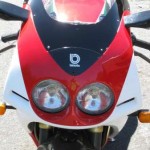 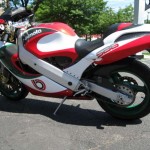 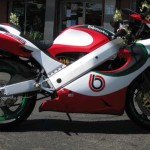 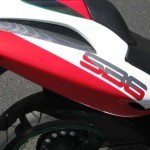 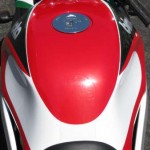 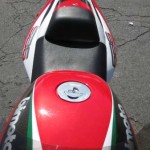 Unfortunately the dealership didn’t list much in the way of specifics on this particular bike (it has had two owners).  They instead choose to copy and paste an old review of the SB6.  It’s all about salesmanship my friends.  In my opinion,  on bikes with high price tags you have to go the extra mile and give as much info on the bike as possible if you expect people to buy.  As you would expect with an exotic bike with a low starting price, the bidding has been pretty active.  The reserve has not been met though and I’d expect it will be a little higher than if it was being sold by a private party.  The dealership has to obviously cover what they paid on the trade in.  If you’ve got the itch for an exotic Italian bike,
IK