The Le Mans’ long history included a run of just 100 Special Editions for 1987, in classic red and white.  This NorCal example is in surprising condition for its age and miles. 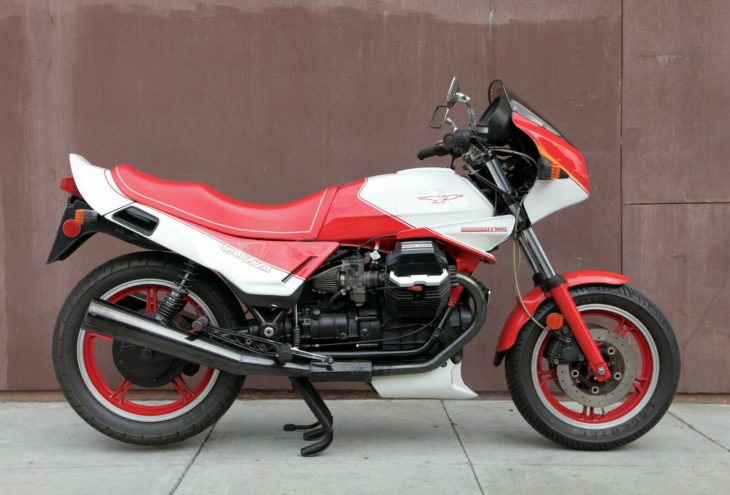 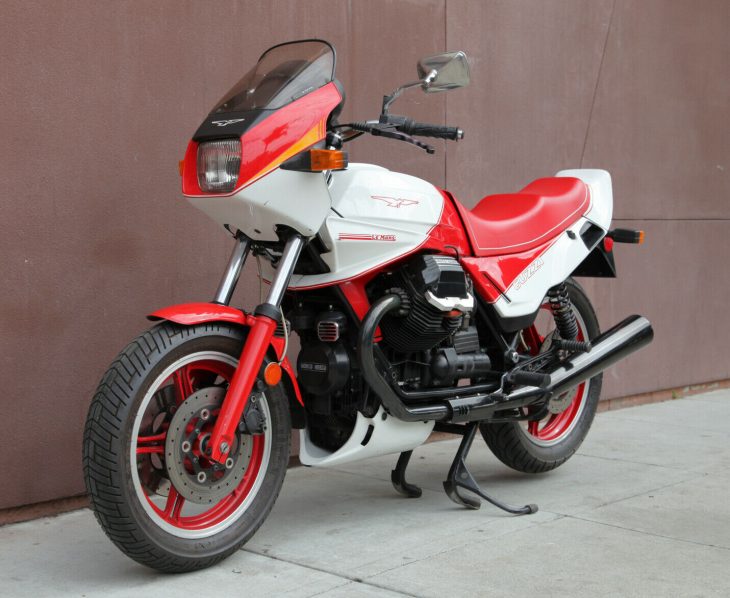 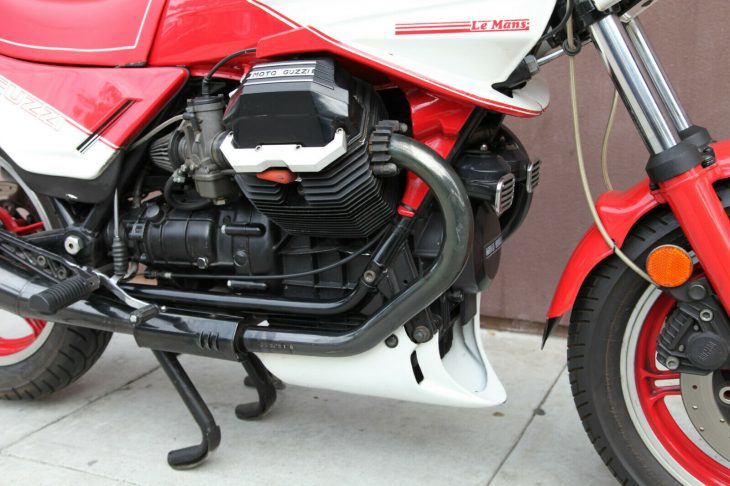 The Le Mans was already venerable in 1987, having been introduced in 1976, and the 1000 SE was essentially a Mk. IV design with a few DeTomaso-era details.  Based on the square-head Le Mans III, the 948cc longitudinal twin pushes 81 hp at a modest 7,400 rpm.  The crankshaft sits low in the traditional downtube frame, the long chassis providing a stable platform, made a little snappier by the 16-inch front wheel.  Classic eighties livery is making a high speed pass when parked. 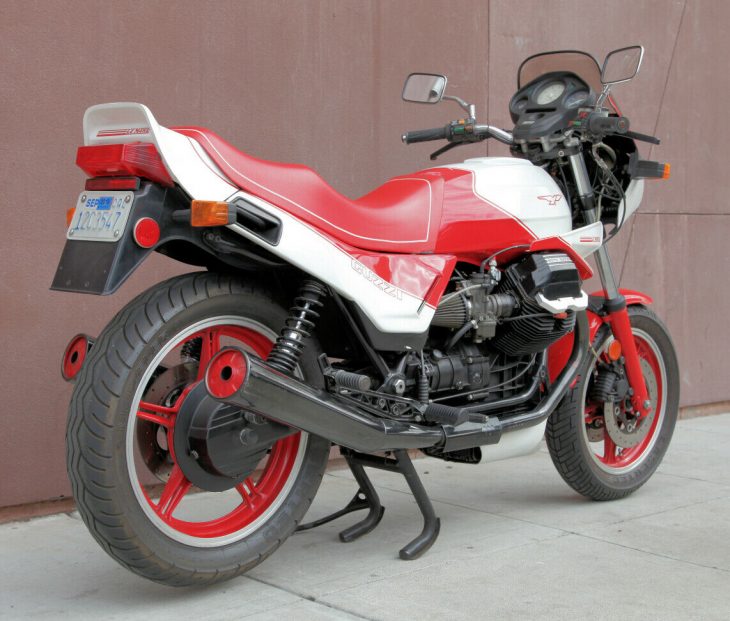 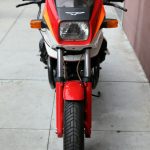 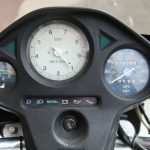 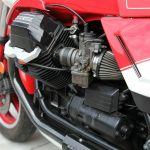 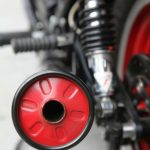 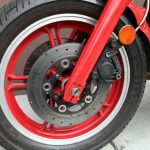 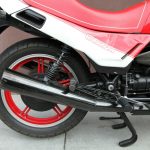 Having somehow survived 30-plus years and almost 28,000 miles, this SE has just a few scrapes to show for it.  K&N filters, head guards, and Corbin seat are signature updates.  Not much maintenance history in the comments but the compromise handlebars are admitted in the eBay auction:

This bike is all original except that the stock clip-on handle bars have been replaced by a standard handle bar. The handle bar now on the bike makes for a more comfortable riding position. Very good condition, fully sorted, runs well, needs absolutely nothing. I ride this bike frequently around the San Francisco Bay area. California title and current registration. The only obvious cosmetic flaw is a small scratch on the left rear seat bodywork, shown in one photo. The bike is entirely unrestored with all original paint, decals, and seat. A Corbin seat also comes with the bike and is shown in one photo. 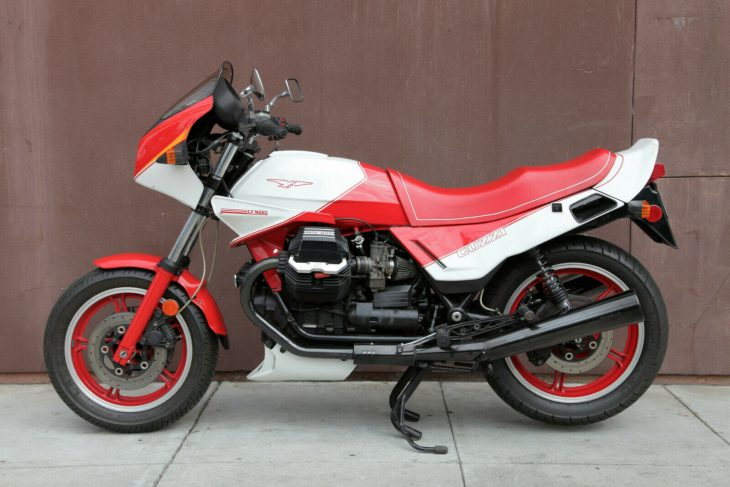 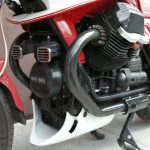 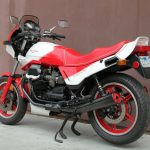 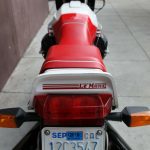 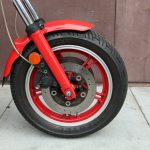 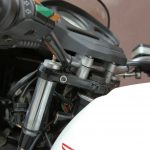 The Le Mans 1000 reviewed as a European thoroughbred, not at the leading edge of technology but a torquey bullet.  Some may find it a bit of an ask for such a rider, but as they say, no more are being made.  Despite its rubs and chips, this one is complete, nearly correct, and operational. 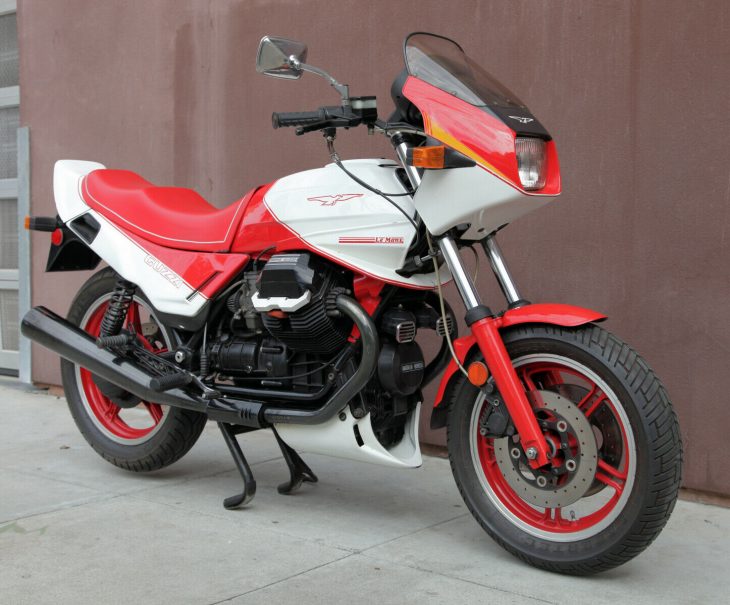 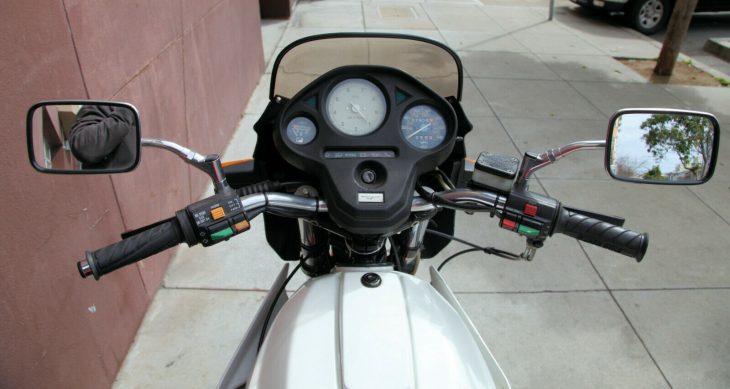