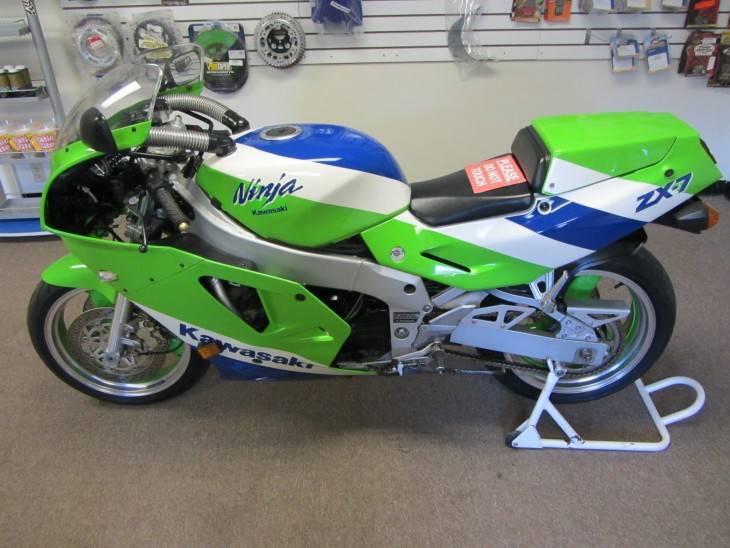 Although the 750cc class is basically dead today, there was a time when middleweight sportbikes were the bikes to have, and competition between the Japanese Big Four was fierce in showrooms and on track. Kawasaki’s ZX-7, known elsewhere as the ZXR750 was perhaps The People’s Middleweight Sportbike of the era, a far more accessible and less exotic machine than the competition. 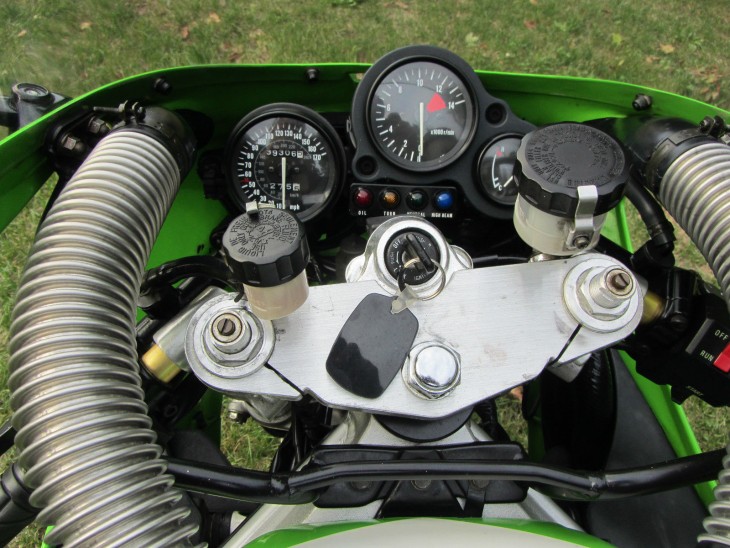 When factories get involved with production-based racing, there are a number of different ways to approach the problem of being competitive. Honda simply created a bike purpose-built for racing from scratch, then just made a few available for road use with their V4 RC30. Yamaha built a bike that looked like an FZR750, but was basically a hand-built race bike. And Suzuki used their “Limited Edition” Gixxers to homologate specific parts for the race teams to use, including a dry clutch. 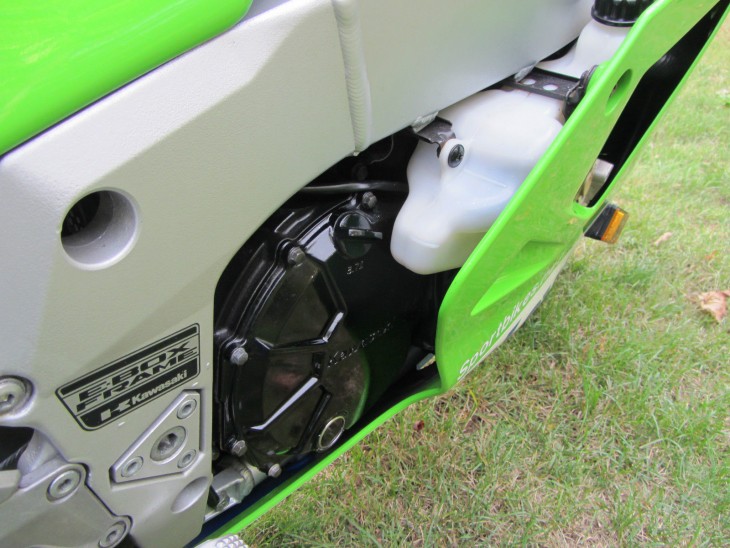 Kawasaki, however, took a fourth approach, and designed a very solid roadbike with their ZX7, and then made a huge range of race parts available to customize the bike for nearly any type of competition, an à la carte race bike, if you will. Powered by a 749cc inline four that made 105hp, the bike was famed for its stability and feel, but was infamous for a rear suspension that was too stiff for anything but billiard-table smooth roads. Riding position is very much period “in” versus “on” with a long, reach over that tank to the clipons and a great view of those largely ornamental HVAC tubes sprouting from the tank. 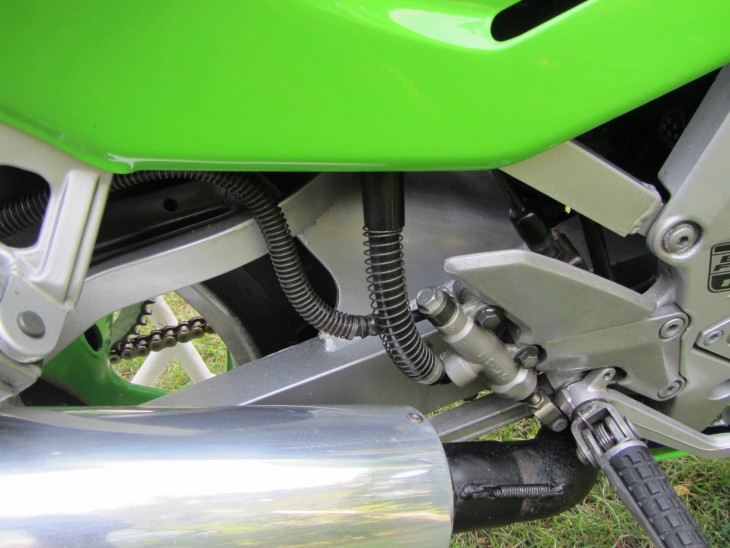 Today’s example has some serious miles on it for a lightweight sportster, but is still fitted with original plastics and appears to have been very well maintained.

From the original eBay listing: 1989 Kawasaki ZX-7 H1 for Sale

This bike is in nice condition for its year and runs great. Has high miles due to long road trips up north but you would never know it by the condition. Always wiped down after every ride. Never down or dropped all plastic is original to the bike. Has always been maintained by the dealer has had valves and carbs done. Adult owned never beat on always garaged. Newer Pilot Powers on it Yoshimura exhaust K&N filter. Only issue is where the upper meets the lower fairing is cracked due to dealer over-tightening but they did not won up to it. Upper can still be bought on eBay. Please see pictures.

Oh, this bike comes exactly as pictured? That’s a relief, because I’d hate to think the seller’d remove those hideous fairing-mounted reflectors before selling it. I hope those were some sort of federally-mandated safety thing… And while the rear signals look original, the front flush-mounts are suspiciously clear. And flush. These ZX-7’s have become very desirable of late and, with so few surviving the 90s uncrashed or unmolested, it’s getting harder and harder to find nice examples. In spite of the relatively high miles, this one is in clean shape and should appeal to collectors who prize originality.

Even if it means keeping those hideous reflectors. 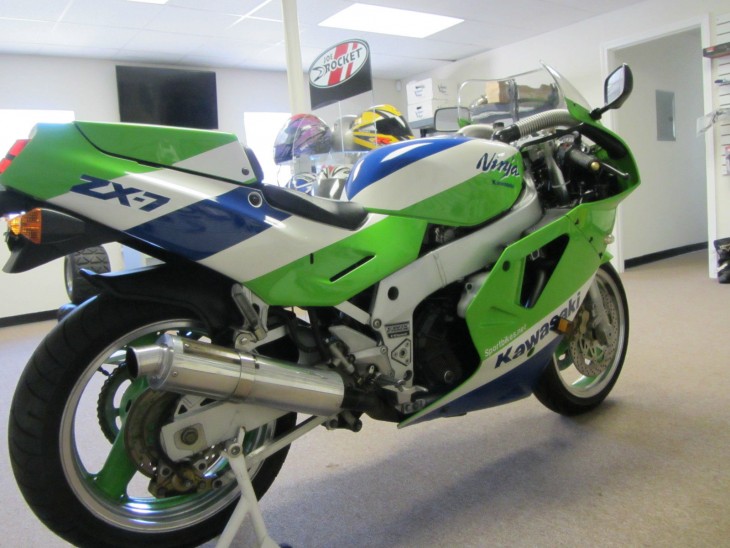