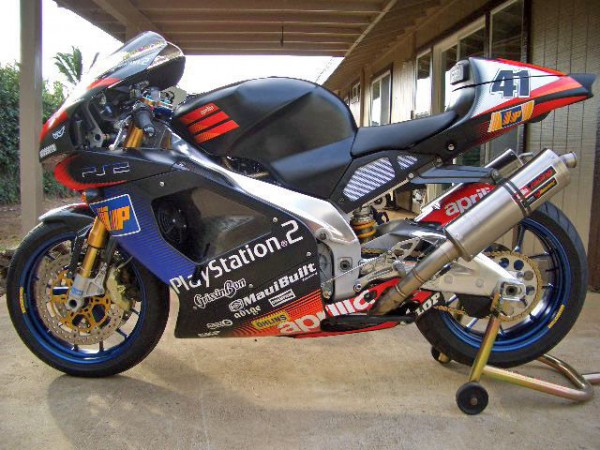 Noriyuki Haga is one of the more prolific racers riding in competition today. Starting in Japanese Superbike back in 1996 and then subsequently bouncing back and forth between WSBK, 500cc GP, Moto GP and British Superbike, he has ridden just about anything from just about every manufacturer. 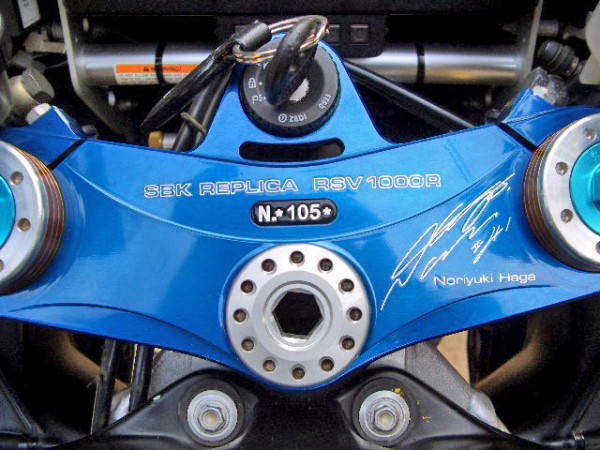 During one of Haga’s retrograde movements back into WSBK (coming off of a poor season trying to tame the Red Bull Yamaha YZR500 GP bike), he landed a ride on the one-bike Aprilia team competing with a RSV1000. This bike celebrates his 4th place WSBK final standings – after which he jumped back to MotoGP to head up Aprilia’s effort in that class. This bike has been fun to build up and ride on special occasions….. now its time for someone else to really ride it and see what this machine can do. I’m off to the next “Projects” 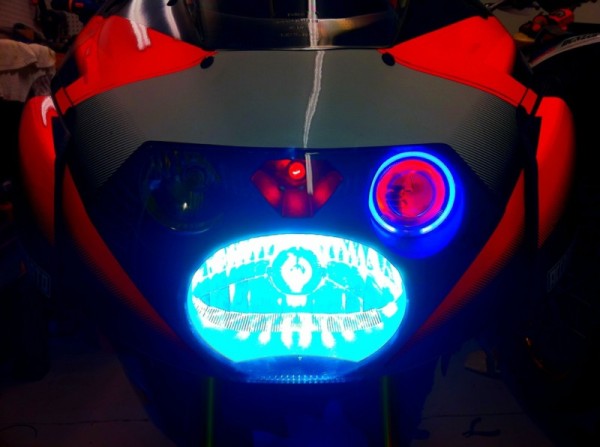 So that’s the Haga part. As to the haggle? This bike is currently listed at $15,000 – but the seller is open to offers. If you have been looking for one of these special edition Aprilias, this just may be your chance. As an added benefit, this bike is located in Hawaii on the island of Maui. Make a deal, fly over and ride it around for a few days looking for the best Pina Cola, and then ship it home. For your motorcycle-themed Hawaiian vacation, click the link and jump over to the auction. Aloha!