Short days turn thoughts to a light winter project that might actually be completed by riding season.  Re-commissioning a later NSR250R would have a substantial reward at the end of that rainbow. 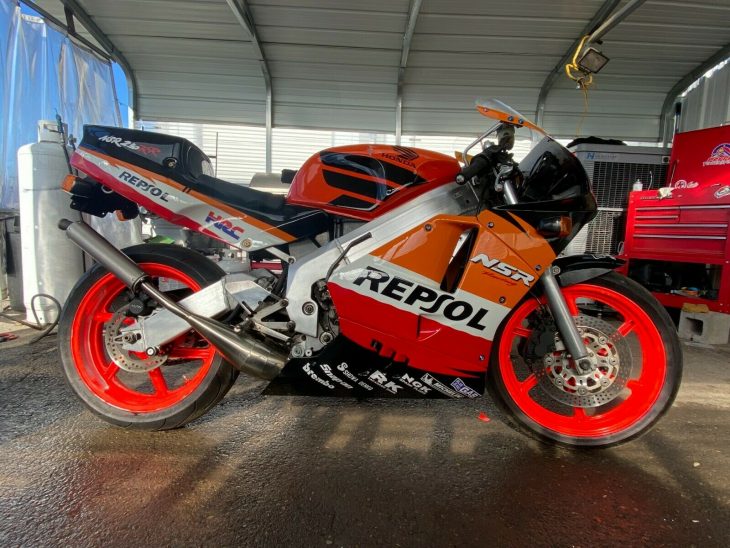 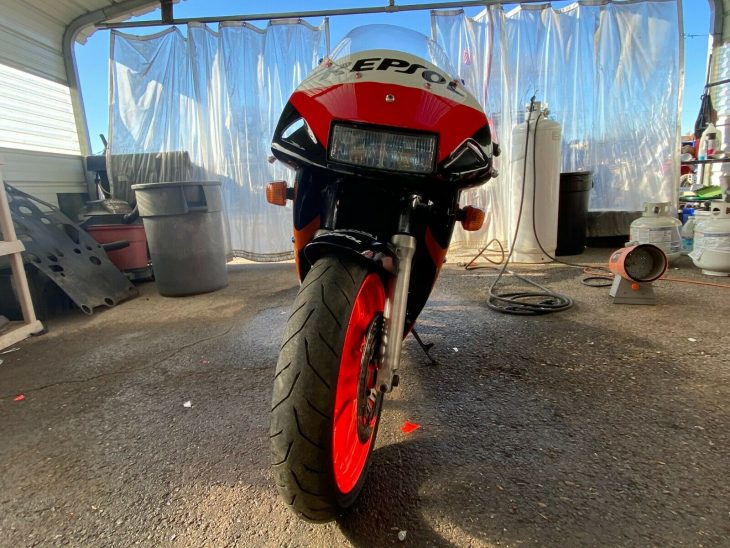 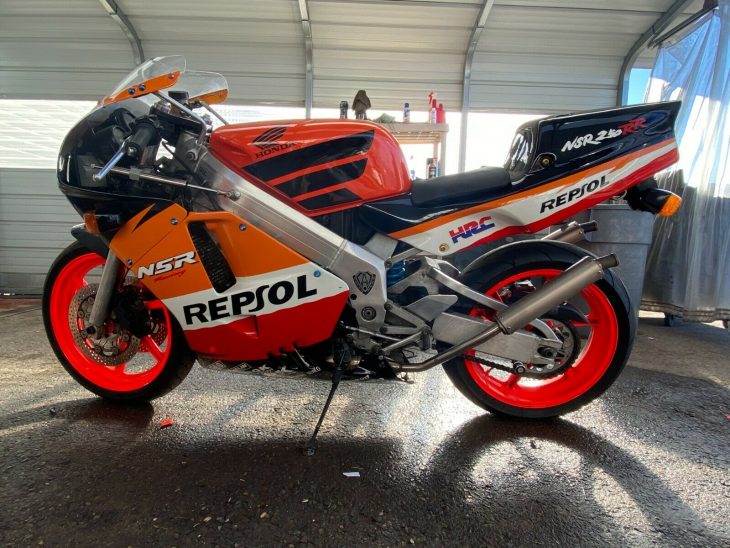 Honda packed a multitude of updates into the 1990 MC21, though the little V-twin was stuck with 45 hp, the PGM-III ignition also controlled the RC power valve.  The 1990 chassis was a much beefier extrusion, and the gull-arm’s asymmetry allowed an expansion chamber to scoot underneath.  A kick starter was still how you got going, but the new wheels were both 17’s.  The fairing had just a few additional vents and scoops,  while keeping the weight with half a tank just a hair over 300 lbs.  Factory expansion chambers mean you’d never spot one here without a kmh speedometer. 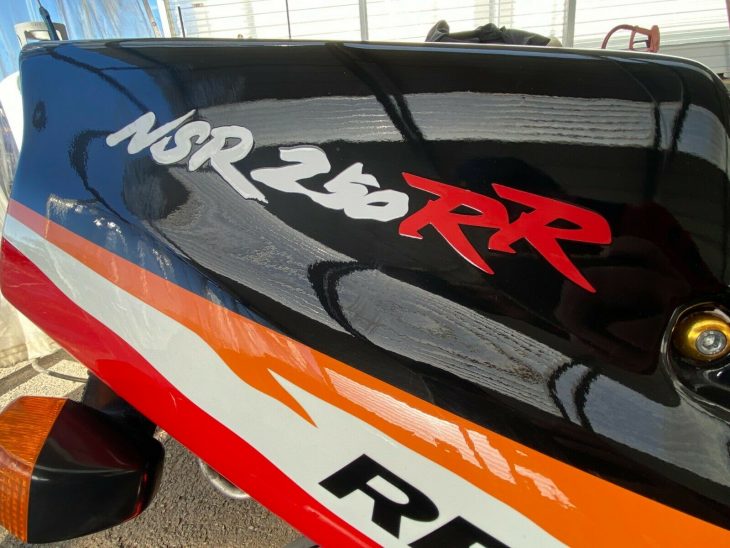 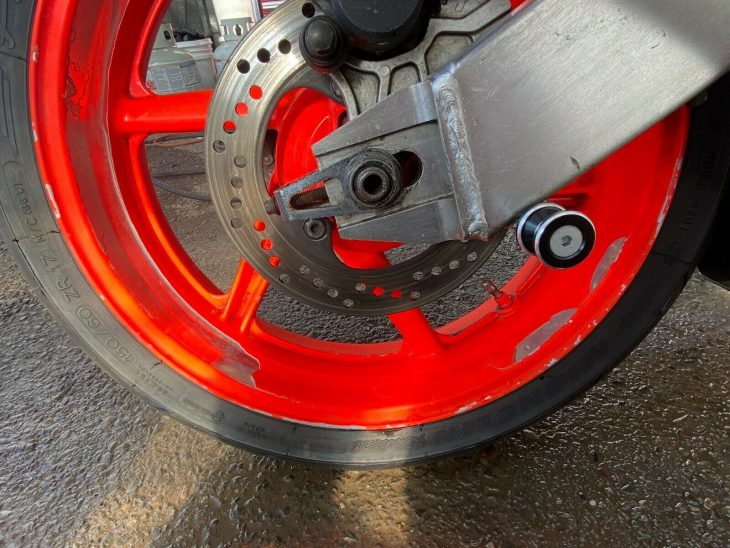 This Colorado example has been stored for a while, and amassed 28,111 kms or 17,467 miles.  Maybe a knowledgeable reader can chime in on the livery and RR-ness, since most of my references show the Repsol scheme to use a teal backround applied to later model SP’s.  Either way the paint does look sharp except for where the tank got bonked, and maybe the rear wheel was victim of a failed brake caliper.  The Washington tag leads me to believe this bike was on RSBFS back in 2013, in a sales compendium viewable – here –.   And just a note from the eBay auction:

Winterized 5 years ago, has been sitting covered in a shop since. 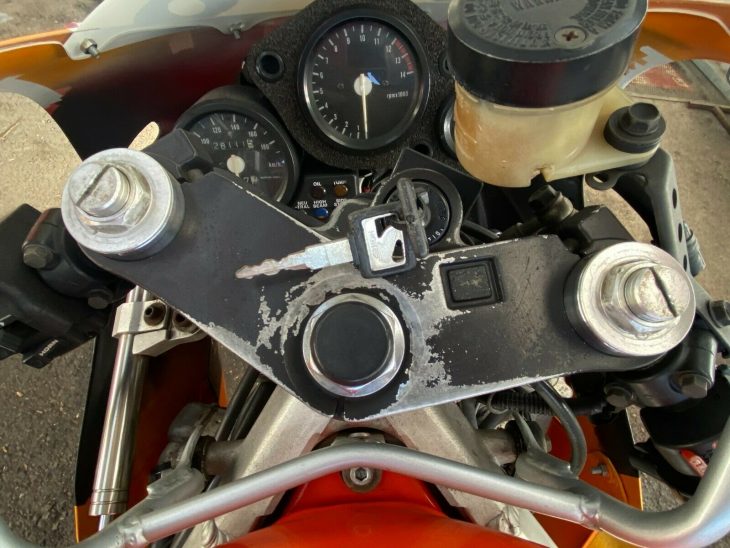 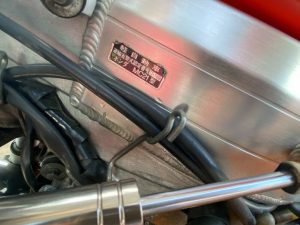 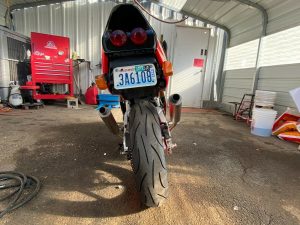 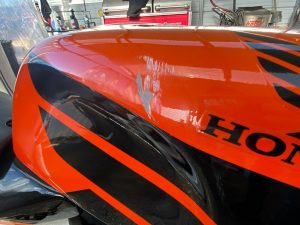 The NSR250R made it easy for rest-of-world riders to have a ball without a second mortgage, and the PGM-III top speed regulator was easily defeated.  This one looks like a great project, new expendables plus a couple of things sent to the paint shop and the new owner will be ready for spring.  Bidding is active but there are a couple of days left to check it over and get in there !