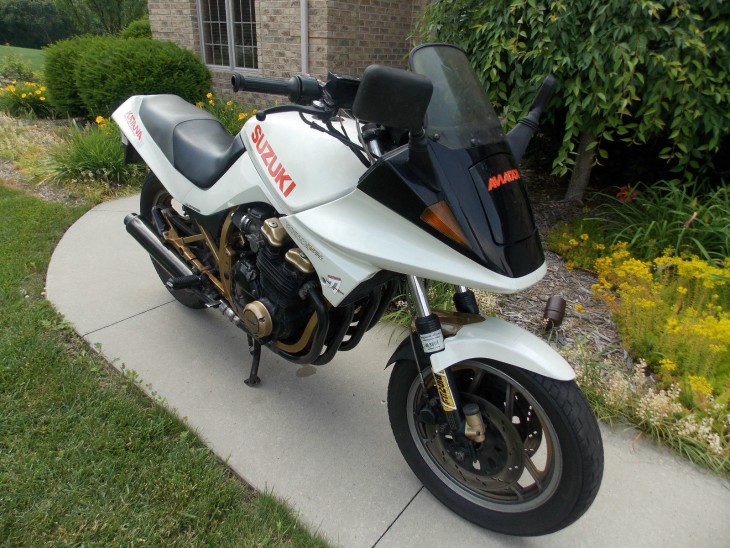 Here on RSBFS we occasionally see an early 1980’s Suzuki Katana 1000 but today we are fortunate to be able to post the very rare “little brother” Katana, the Suzuki GS750SE Edition.  Suzuki created the 750cc version for people who liked the look of the larger edition but wanted something not as bulky.  An upgraded model was released in 1982 (the Mark II) and then in late 1984 came the final version, the Mark III.

While the Mark III still had the the overall design look from previous generations, the engine was a new 16-value unit taken from the forebearer of the GSXR, the GSX750E.  The new engine offered right around 84 bhp and the Mark III came with upgraded suspension both front and rear. The Mark III was also more comfortable due to a lower seat height and higher handlebars, which reduced the stretch to the grips and resulting knee bend. And last but not least (no pun intended) weight was also reduced by 16 kilos. All the changes resulted in a bike which was a big improvement over the previous version and also handled better than the UJM Suzuki GSX750. 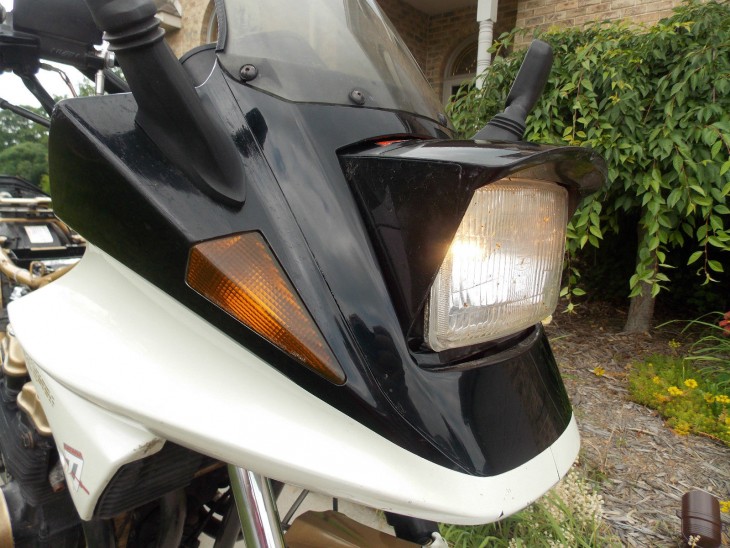 Of course the tech improvements weren’t the only changes that put the 750se on a lot of wish lists.  The look of the bike caused a big reaction with a multi-toned paint scheme that was a big change from the all silver 1000 version.  And perhaps most noticeable of all was a new all black fairing which included a retractable/pop-up headlight.

As the folks as Two Wheels wrote, “the katana looks like it’s going fast even when its barely moving but so do a lot of bikes.   The thing about the 750SE Katana is that it looks like its on its way to future while others are just treading water in the present.” 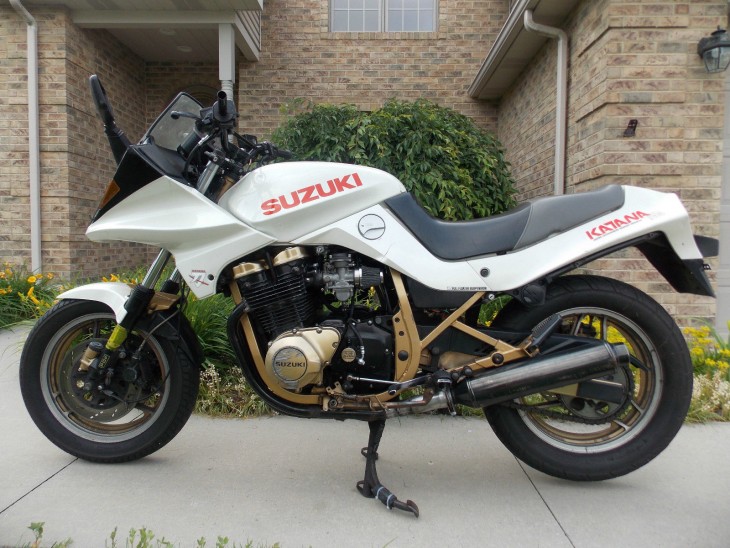 Based on the excellent amount of information in the ebay post, this particular 750SE seems to be up for sale by a serious owner. The seller lists a lot of good details about the bike, including clearly indicating the bike bodywork scuffs and wear. The seller even provides a youtube link of the bike, usually the hallmark of a good seller..

Read on for some additional pics and highlights of the info the seller includes in the ebay auction details: 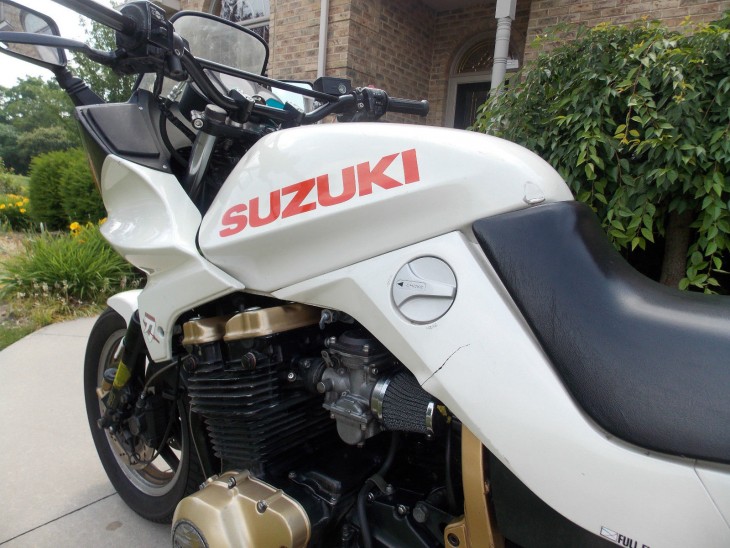 THE NOT SO GOOD (BUT POINTS FOR HONESTY) So now the question becomes, what is this Katana 750SE worth?   Well this one is the smaller 750cc model and needs some refurbishment by a new owner but it is a rare SE/3rd generation which according to the seller was never imported into the states.  Prices for the early 1980’s Katana are definately on the rise lately;  the last early 1980’s Katana we had on RSBFS went for over $8000 USD.

The condition and somewhat high mileage on this one should be taken into account but bidding is only at $1,500 USD and the auction is a no reserve listing.  Personally if I had room I would give serious consideration to picking this one up as a bit of an investment project and I think a smart collector might want to consider doing the same.