Update 7.20.21: Previously seen this time last year, this exceptionally clean and low mileage FZR400 is back on eBay. Current bid is $5,600 reserve not met with 4 days remaining. Links updated. Thanks for the heads up, William! -dc 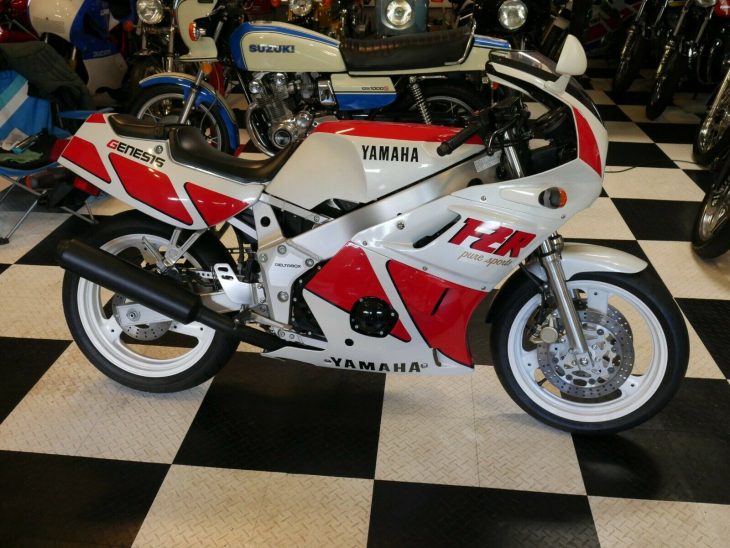 “Probably the nicest in existence” is an overused phrase on eBay, but might be an apt descriptor for this Yamaha FZR400 with less than 1,000 miles on the odometer. Modern liter bikes scream around the dial to 14,000rpm and beyond with regularity, but back when the FZR400 could be found in dealer showrooms 11,000 was much more common. And you needed every one of those 14,000 revs to make full use of the 64hp produced by the 399cc inline four. 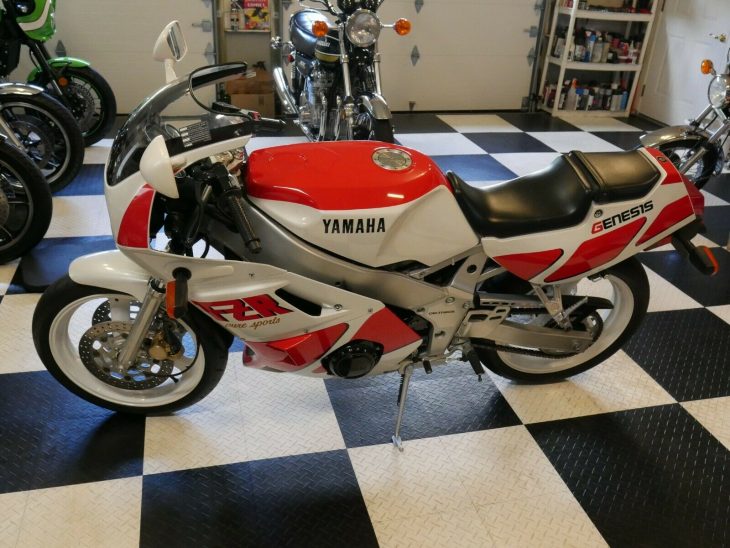 That Genesis inline four was canted forward at 45° to allow the air a straight shot into and out of the engine, and lowered the center of gravity for better handling. There were just four valves per cylinder, instead of the five valves found on the FZR1000, but the aluminum Deltabox frame was just as trick as the one found on the bigger machine. All-in weight was around 410lbs wet, and that endowed the little FZR with impressive agility. A 17″ front wheel was matched to an 18″ rear, and both were wrapped in relatively fat rubber for such a small machine. 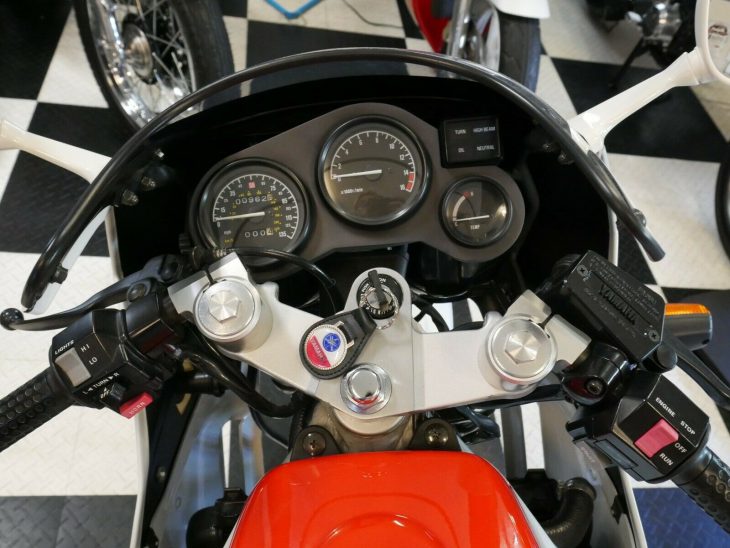 Lacking the Honda NC30’s race-bred glamour, values of the FZR400 have remained surprisingly low, considering the sophisticated specification, and many found themselves turned into cheap track-hacks, or had FZR600 engines stuffed into them to create hot rod canyon carvers. Very few remain with low miles, and this does look to be one of the best you could possibly find, and it appears to be bone-stock. 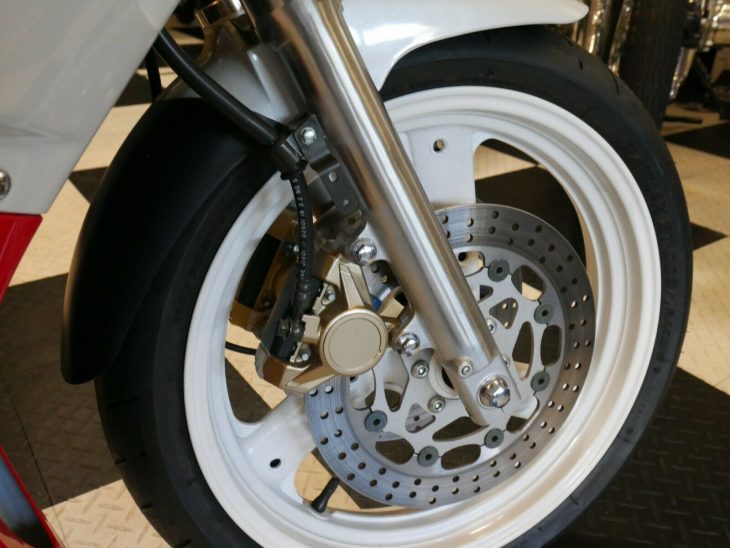 From the original eBay listing: 1989 Yamaha FZR400 for Sale

I have decided to sell off some of my collection and the bike you are looking at is probably the nicest FZR400 in existence and this is an excellent opportunity for collectors and enthusiast alike as bikes of this caliber don’t come along often so now is your chance. I think the pictures will speak for themselves. Call or text Jamie with any all questions 703-407-1242 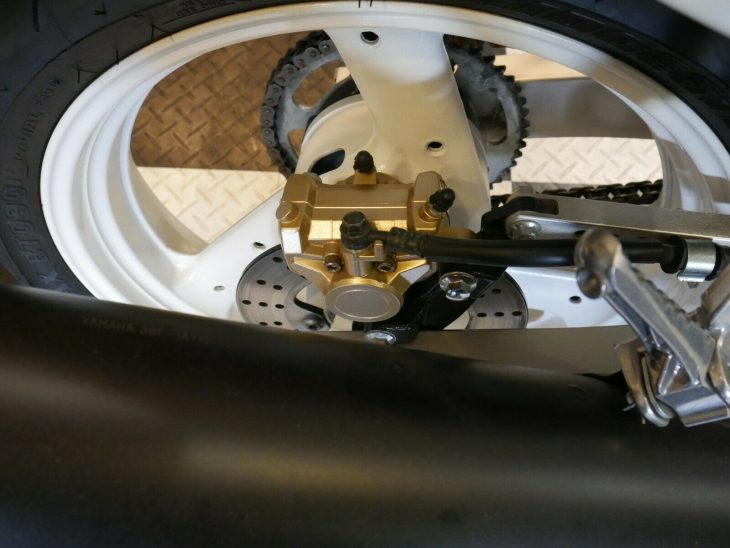 Bidding is up to $5,500 at the time of writing. FZR400s have been pretty cheap to buy for a long time and, although prices haven’t really shot up yet, there can’t be many left in such time-capsule condition. That should increase the value for sure, and I’m curious to see where this one ends up. 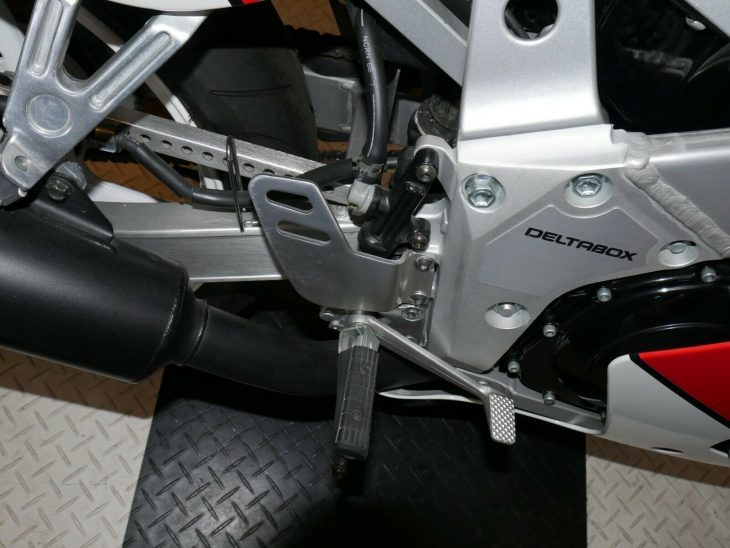