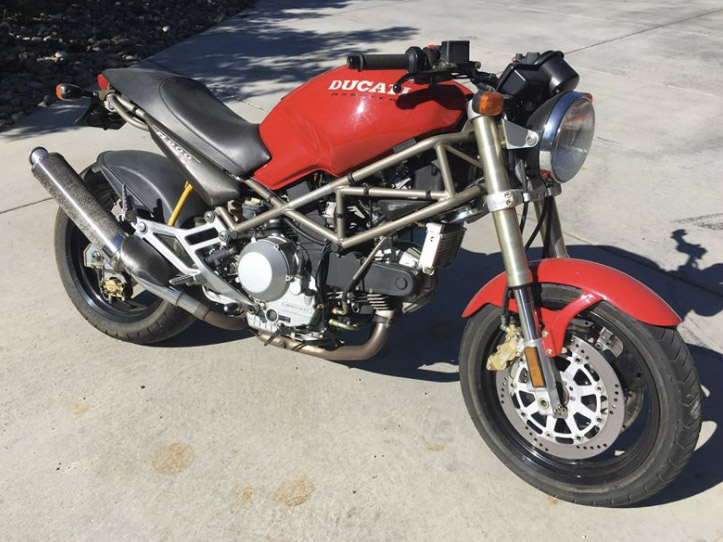 Up for grabs is a tidy, near-stock 1993/4 Ducati Monster in classic Ducati Red.  The owner has traced the VIN to production in July of 1993, making this part of the first 6 months of Monster production.  Largely credited as the bike that saved Ducati, this Monster remains almost exactly as designer Miguel Galuzzi intended. 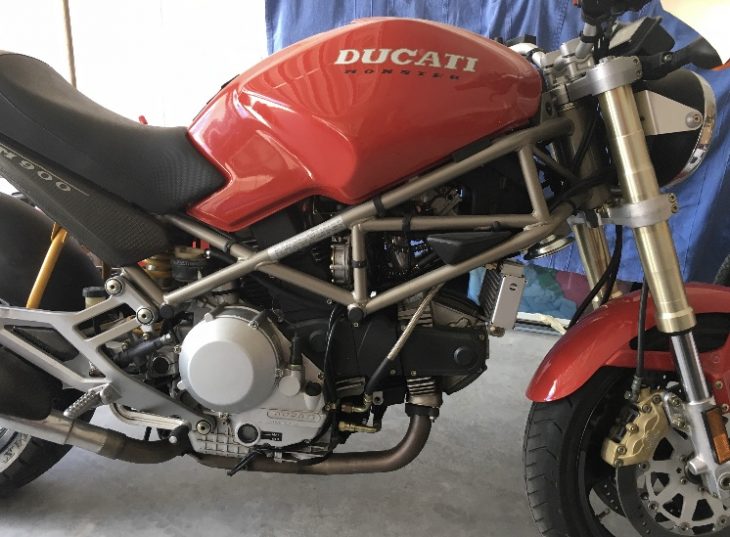 Even Ducati couldn’t have foreseen the long legs of the Monster, but all agree that this 1st generation Monster is a classic, as it represents the purest of the line. It was set up at the factory with off-the-shelf parts, but they built an honest, well appointed bike when Ducati needed it. These early 900c “L-twin” (or a 90 degree V-Twin) breathe through a pair of Mikuni carburetors, and put out near 70hp at the rear wheel.  Even at the price point, they included inverted front forks, dual disks up front with 4-piston Brembos, and a lot of other nice touches that remain on this mostly stock example.  The same cost-saving mandate also dictated the now-iconic trellis frame, which defines the line of the bike. While the Monster is the most numerous bike Ducati has ever produced, less than 2,000 of the first year were imported to the U.S., making this a very collectible motorcycle for the real Ducati lover. 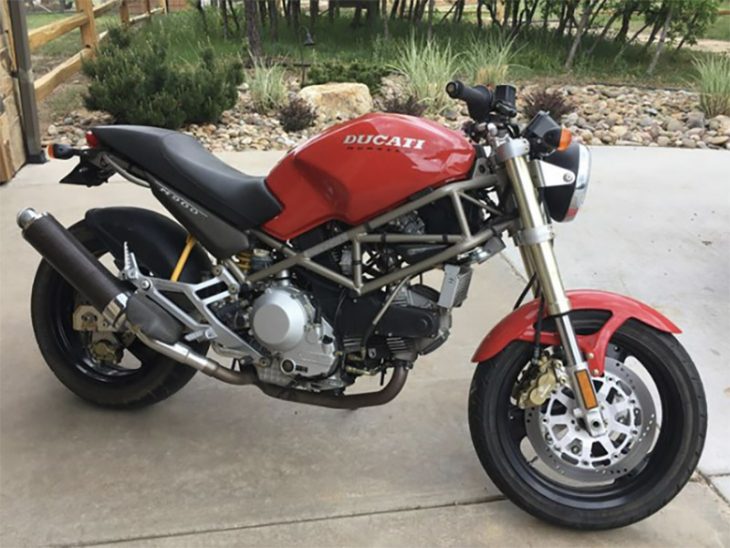 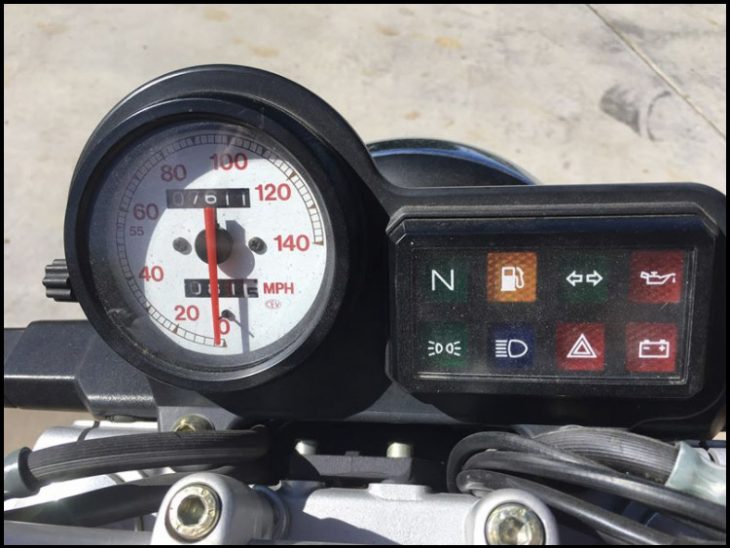 This specific example looks very clean, with only 7,600 miles on the clock.  The bike is 100% stock, except for tasteful low-mount slip-ons.  The owner notes a small knick on the left side of the tank from a handlebar lock-up, but other than that things seem excellent all around. Though it looks great without them, the stock mirrors will be included in the transaction. The owner states the bike has clean Illinois title. Bike will come with original manual, paperwork detailing 6,000 mile service completed in 2017. RSBFS reader Daniel is asking $9,499 for his chapter in Ducati history, and requests replies via text on (212) 256-8475. Shipping to the lower 48 states is included in the purchase price; bike is currently located in Central Florida. 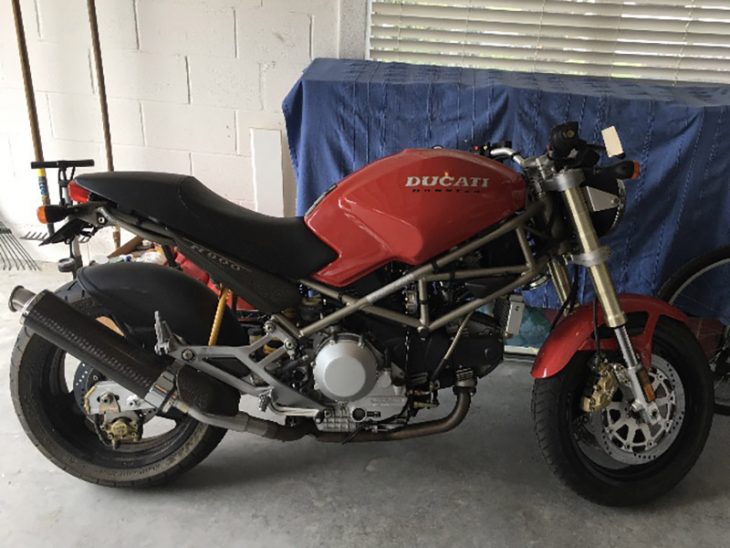 If the spirit of the early Monsters moves you, it would make sense to act now, before scarcity and nostalgia for these now 25 year-old bikes kicks in and drives prices up.