The Lewis Hamilton Edition F4 is a sight to behold.  As exotic as a recent MV Agusta is, the LH44 has quite a few special MV and LH touches. 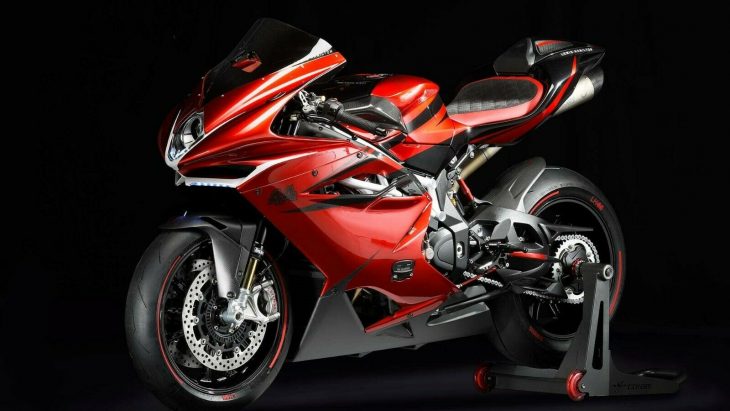 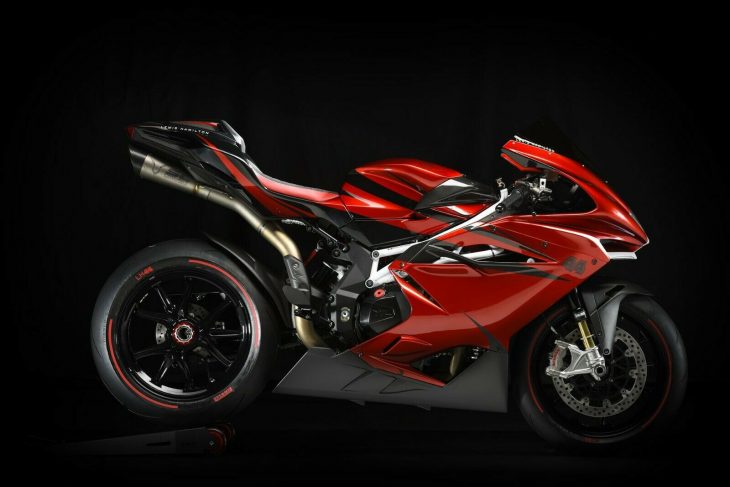 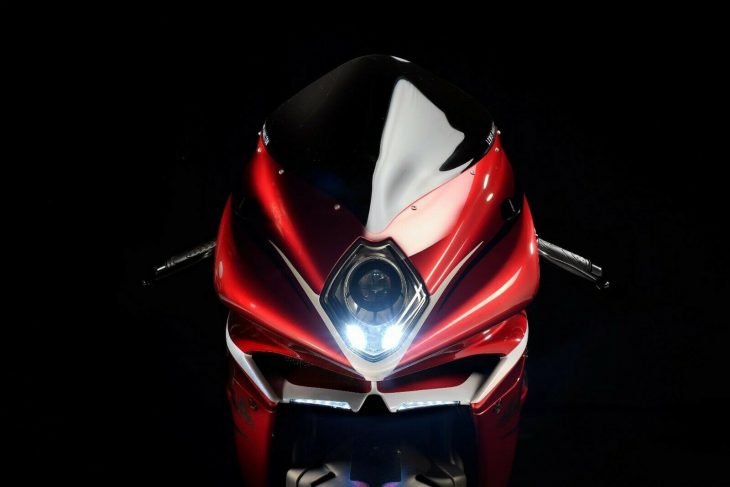 As an update to the F4 RC, itself a template of the 2018 WSBK mount with ride-by-wire controls and many bespoke components, putting the LH44 a step above is not a trivial exercise – but a full titanium exhaust and accompanying ECU program boosts power to 212hp.  It shares most of the RC’s innovations, MV’s Torque Shift System stretches the torque band, and a full electronics package has selectable maps for power delivery, traction control, and of course ABS.  A factory quick-shifter and slipper clutch make going faster even easier. 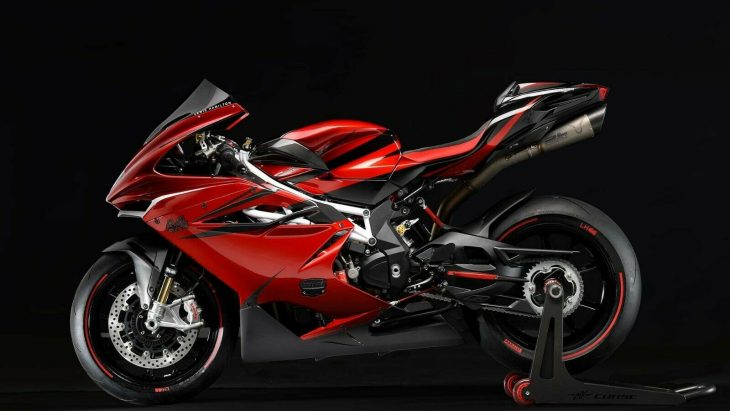 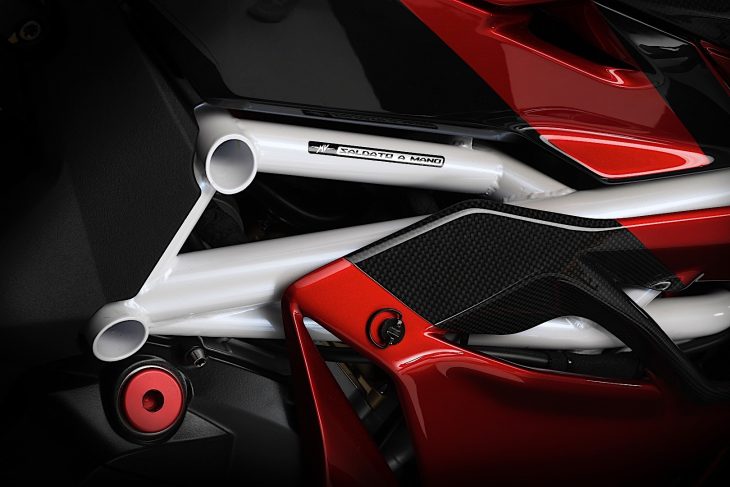 As with many limited editions, finishes and materials play a large part.  Just 44 of the mostly carbon LH’s were painted with Hamilton’s choice of candy apple metallic, with a unique white frame, and Öhlins finished their signature gold dampers in black to blend in.  The leather and alcantara seat continues the red and black theme, the smoked windscreen lies low, and even the Pirelli Diablo SP tires came with a red graphic treatment. 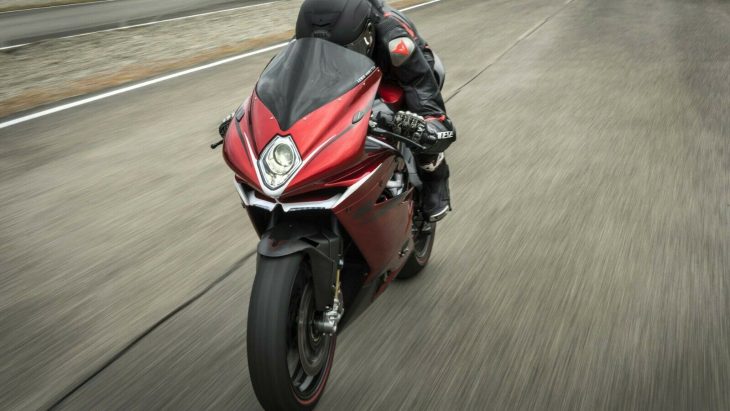 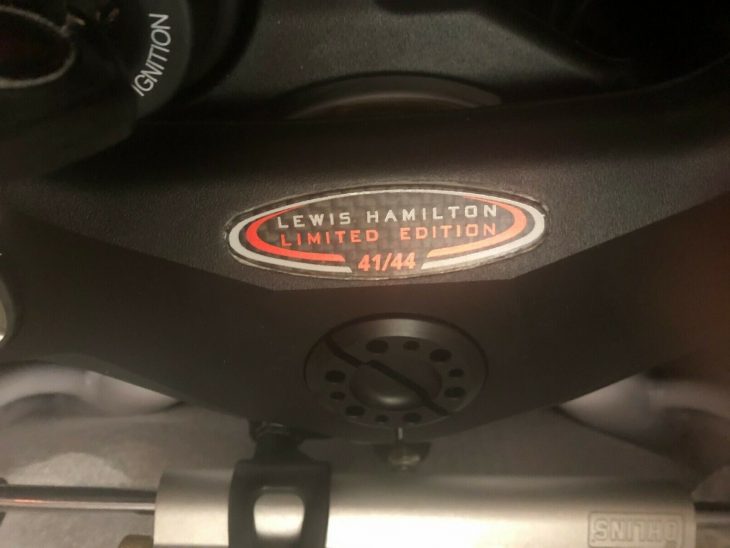 RSBFS reader Matt represents the owner of this LH44, which has never been out of its original shipping crate, explaining the limited photos of the actual machine.  It’s number 41 of 44, and though it’s in New Zealand, the factory packaging is ideally suited for trans-oceanic delivery.  He had these comments recently:

A very rare opportunity to purchase what is probably the only Lewis Hamilton F4 still in its crate in existence today.

This bike is number 41 of 44 units built, with Lewis himself taking three units for him and his family leaving just 41 of these incredible machines available to the worlds market.

Also included is an extra set of special Pirelli tyres with red stripe and LH44 logo are included, I believe these were a limited production run and an extra set is certainly more desirable for a discerning buyer.

The asking price is $75,000 USD and Matt will coordinate with the buyer’s shipper.  Contact Matt via email – here -. 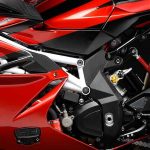 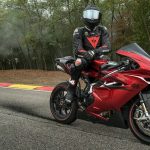 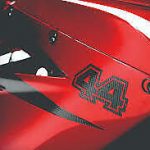 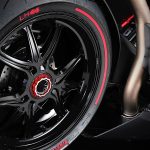 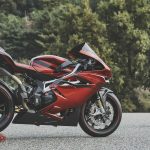 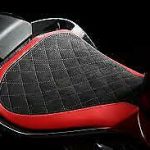 Since his partnership with MV Agusta, Hamilton has only added to his record, eclipsing his rivals and heroes on the Formula 1 circuit.  Hard to imagine this would do anything but increase the value of his first superbike project.  As this example is still yet to be uncrated, it might be a very special collector bike for an unequivocal superfan.  Reach out to Matt for additional information via email – here -. 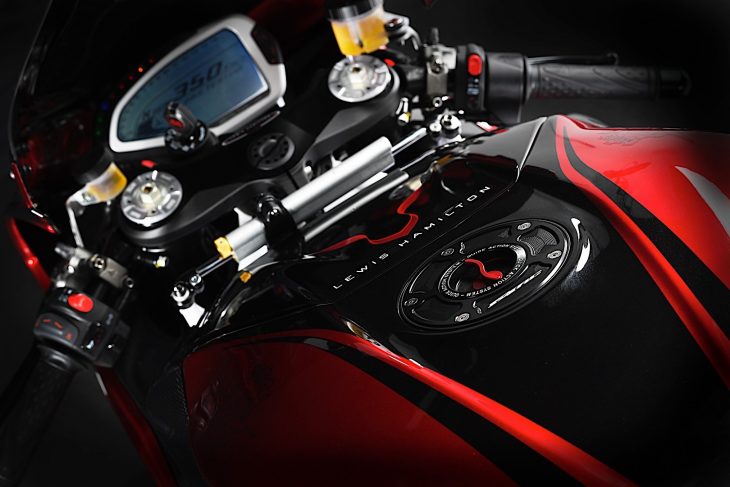