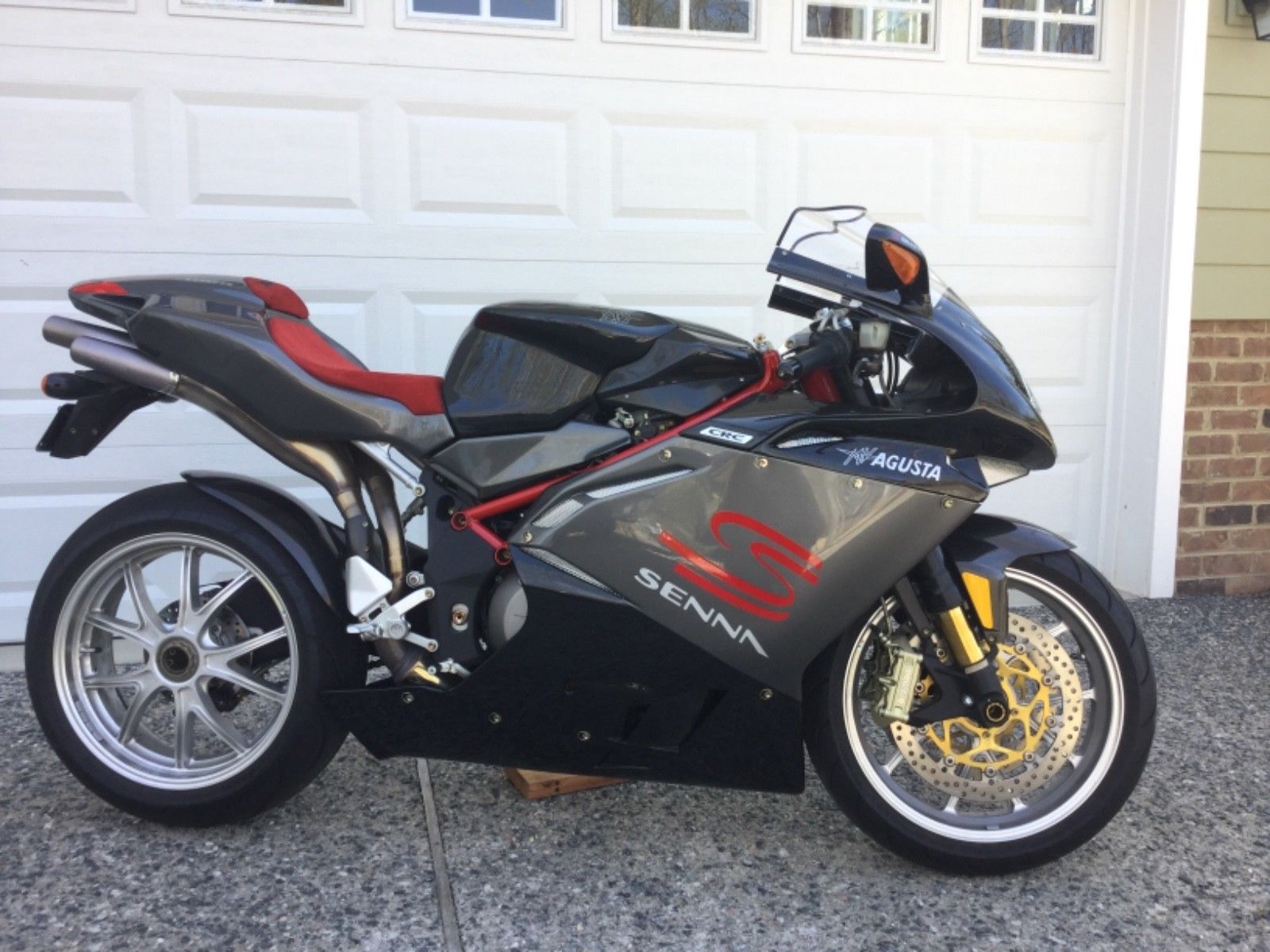 The fanboys will tell you that the MV Agusta F4 created a warp in the sportbike space-time continuum. With serious power developed with the help of Ferrari racing engineers and overall design courtesy of the Cagiva Research Center and legendary artist Massimo Tamburini, the limited Senna edition created a rare and gorgeous motorcycle with performance and cache that stands out today. The haters simply called it a warmed over Ducati 916. It is true that the rebirth of MV Agusta gave Tamburini a fresh canvas upon which to work – making the F4 the spiritual successor of the 916/996/998 lineup. The supermodel sexy bodywork is pure Tamburini, as was the single sided swingarm. But unlike Ducati twins, MV Agusta offered a clean sheet of engineering paper enroute to a 174 HP inline four cylinder screamer. Not-so-subtle touches like the four organ pipes poking out of the tail section give the F4 a character unlike any other bike. 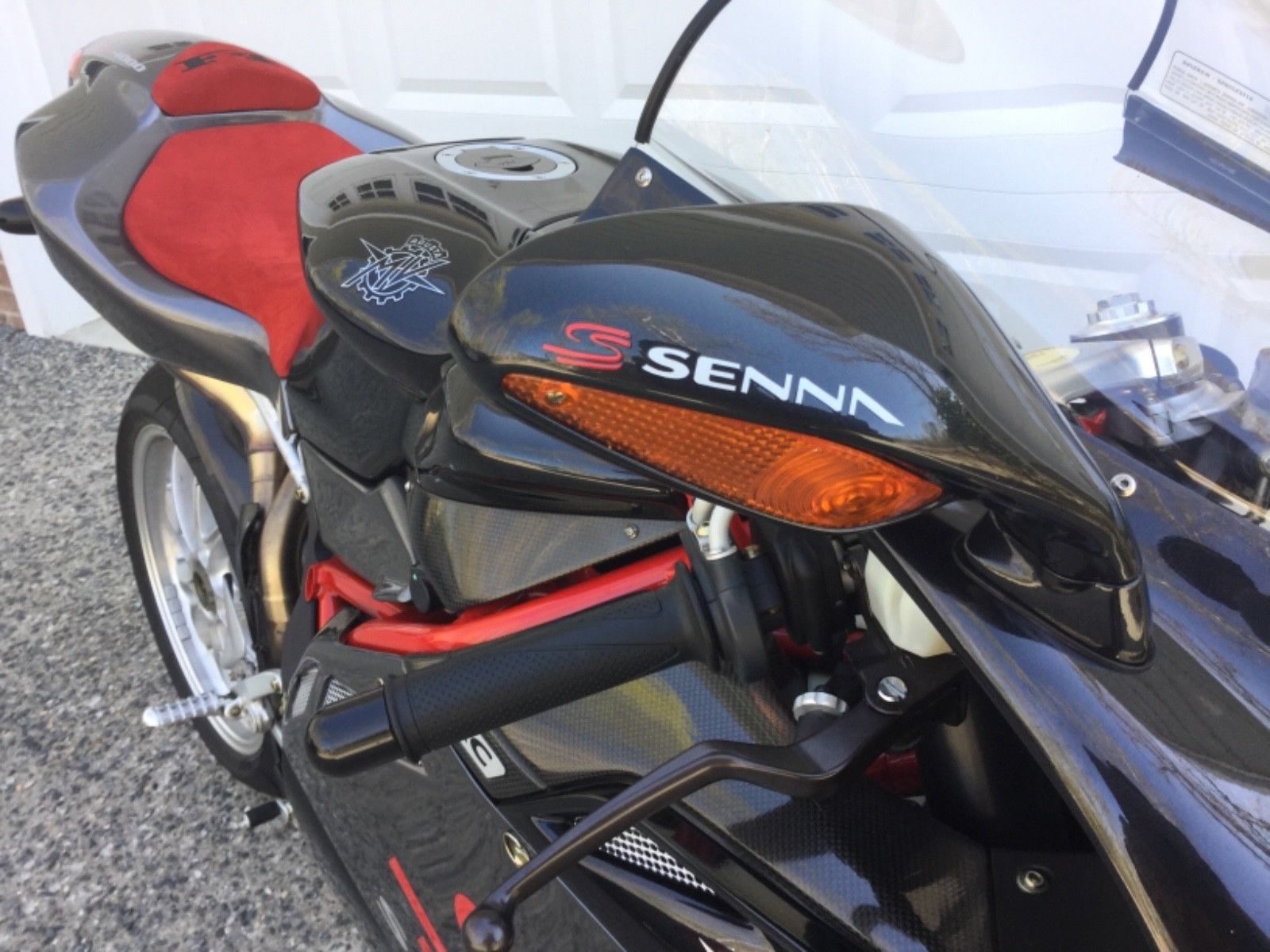 From the seller:
This bike is like new. Always garaged and covered. No scratches. Number 222. I bought the bike 2 years ago when it had less than 100 miles. It was recommissioned with new fluids, tires, and the heavy duty water pump. Comes with original rear stand, cover and certificate. Ready to ride! 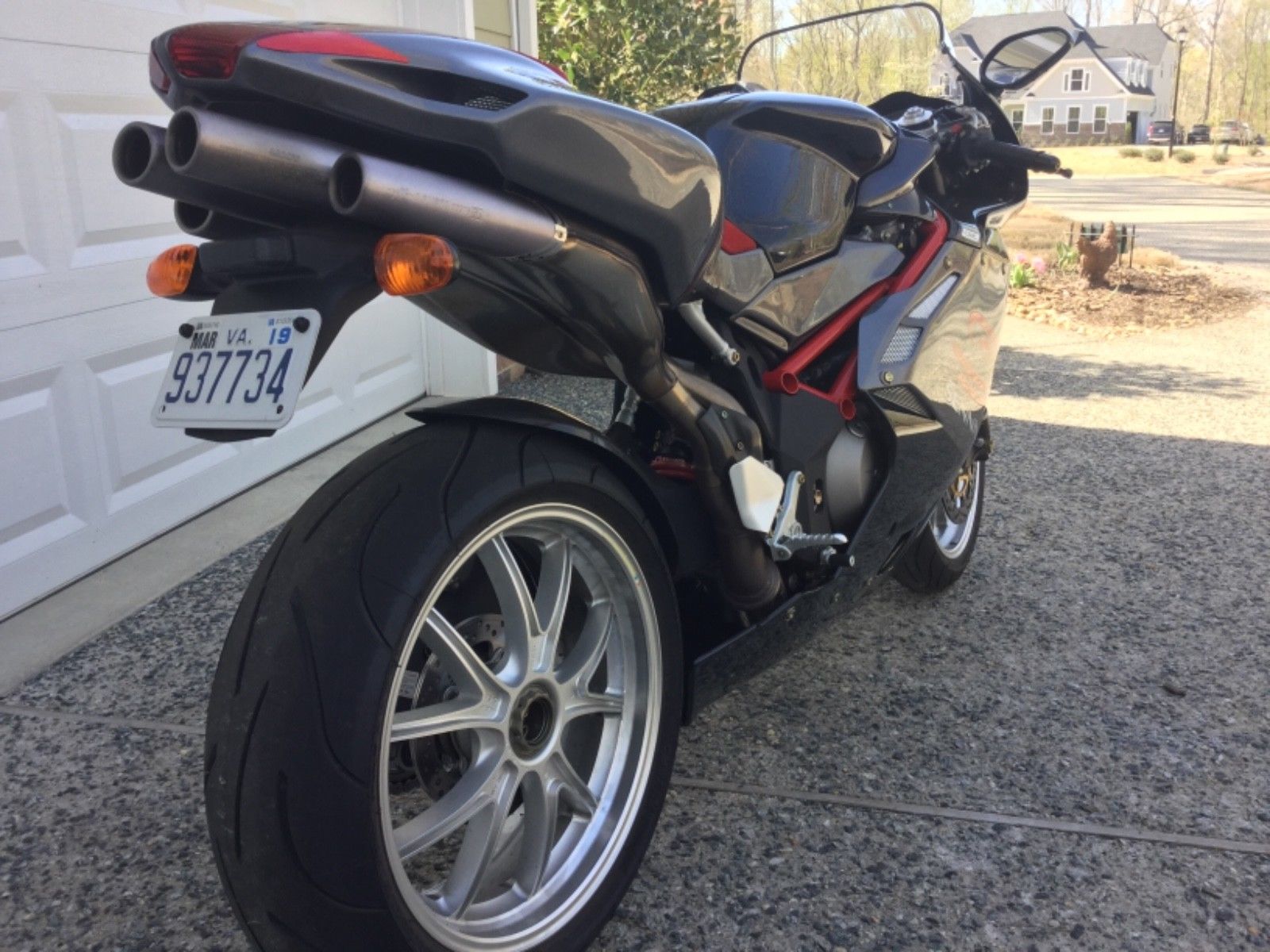 Another area where MV Agusta mimics Ducati is in the proliferation of Limited Edition models. There exist 5 exclusive variants of the F4 (each numbered and limited, naturally), not counting the mass production F4 1000S and 1000R models. The Senna takes its roots from the R model, but adds specific graphics on carbon panels, updated front (Marzzochi) and rear (Sachs) suspension, exclusive Marchesini wheels, and an upgrade to the already excellent Brembo brakes. Finally, the rider’s perch was upgraded to alcantara. Notably all Senna editions (whether they be Ducati or MV Agusta) offered a percentage of the profits to support Ayrton Senna’s charity looking after needy children in Brazil. The F4 has oft been voted the most beautiful motorcycle ever developed. From the sharp front view to the flowing side panels, from the exposed rear wheel to the shotgun pipes, the F4 is a looker. And the Senna is, arguably, the best looking of the bunch. The carbon/graphite color scheme preserves the wonderful shape of the bike without the “look at me!” schemes of some of the other editions. While Senna was not known as a motorcycle racer, he was a consummate competitor with serious star power. And speaking of power, don’t forget that you have 174 happy ponies on tap for the asking. 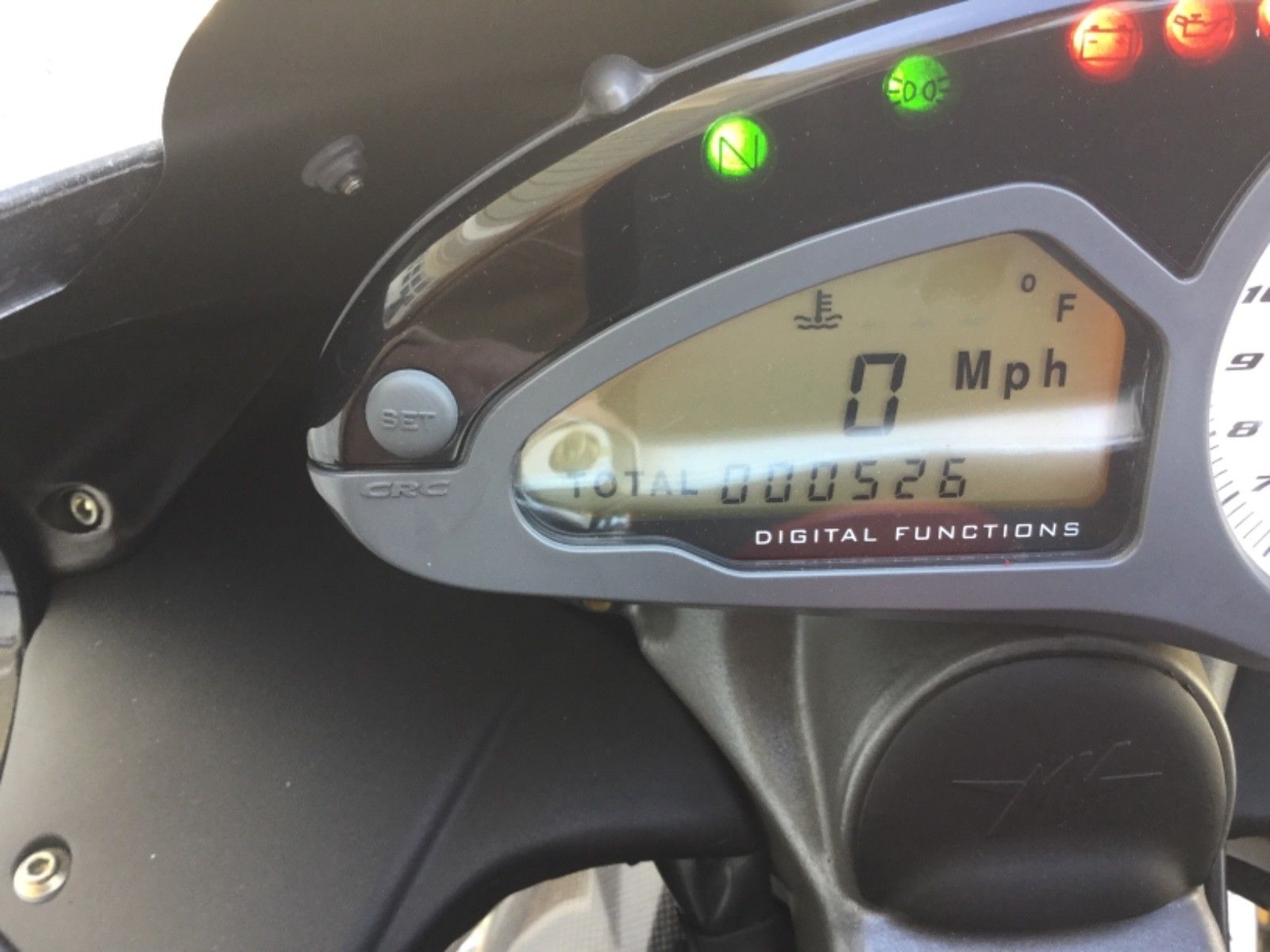 This particular bike looks to be what one would expect given the pedigree: very low miles and very well cared for. With but 526 miles on the digital clocks, this one-of-300 examples is looking for a new home. The opening ask is only $13k, with the BIN set at $16k. Those are very competitive numbers, with most Senna editions we have seen having sold in the $15k-$18k range. Check it out here before this exclusive rocket finds itself a new home. Good Luck!! 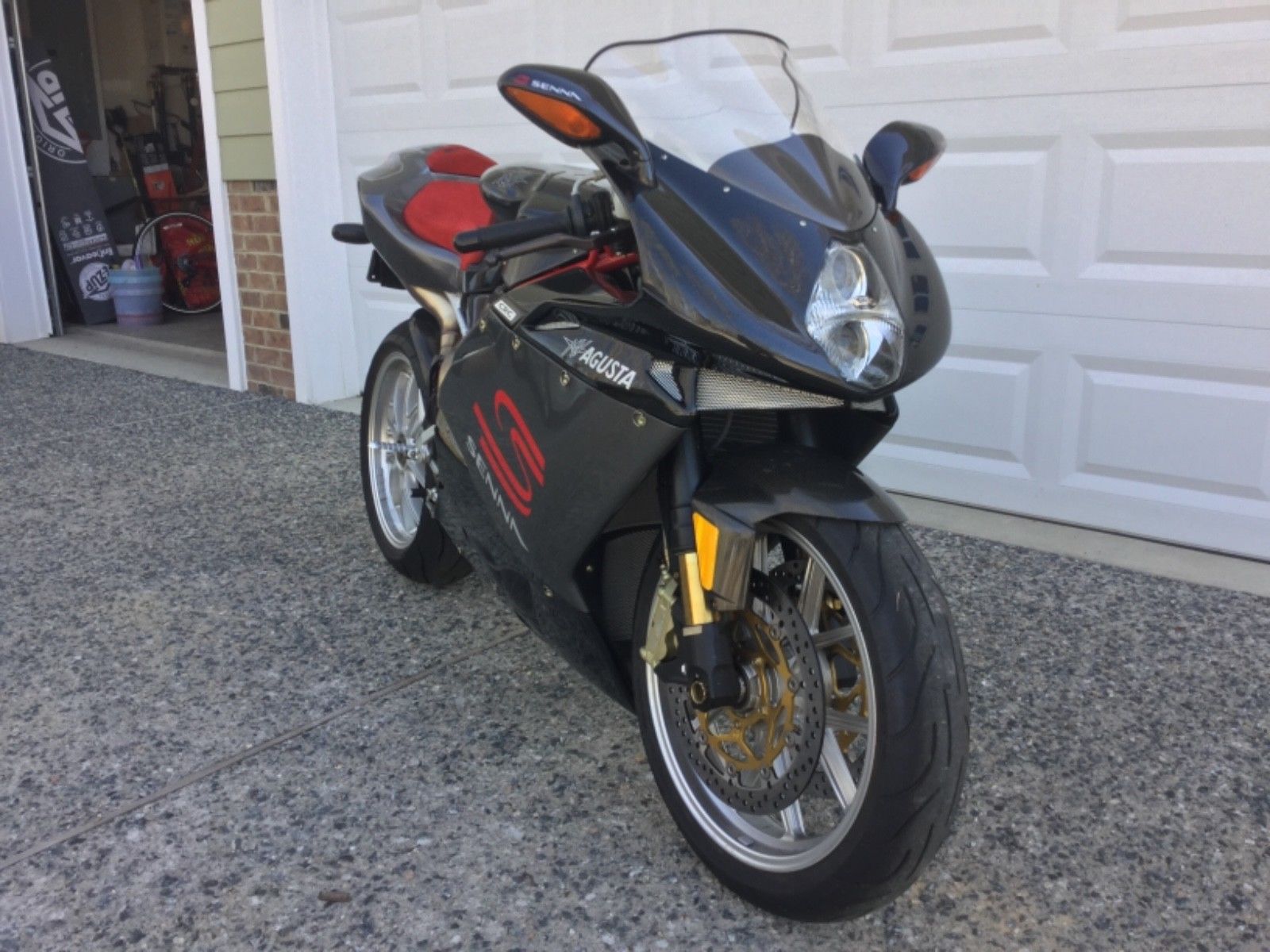