Hard to blame RSBFS fan Mark for secreting his 996 SPS away to an undisclosed wine cellar, it’s a once and future classic.  With under 2,000 examples for the 1999-2000 years, a rare sighting even here. 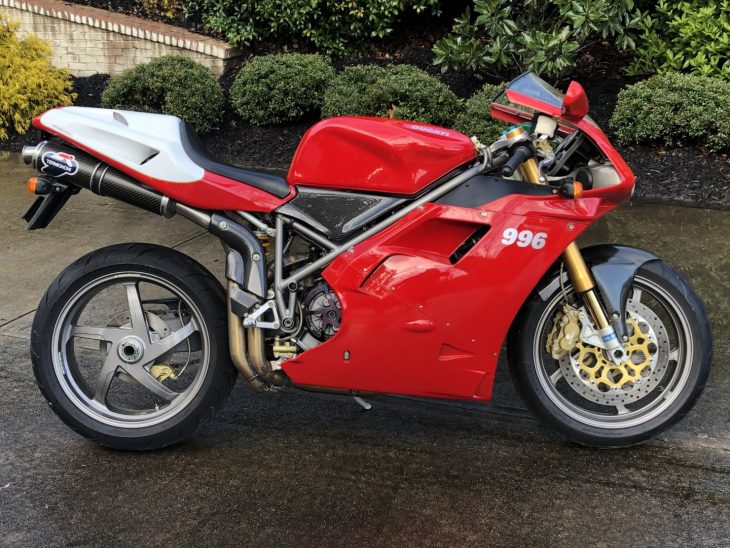 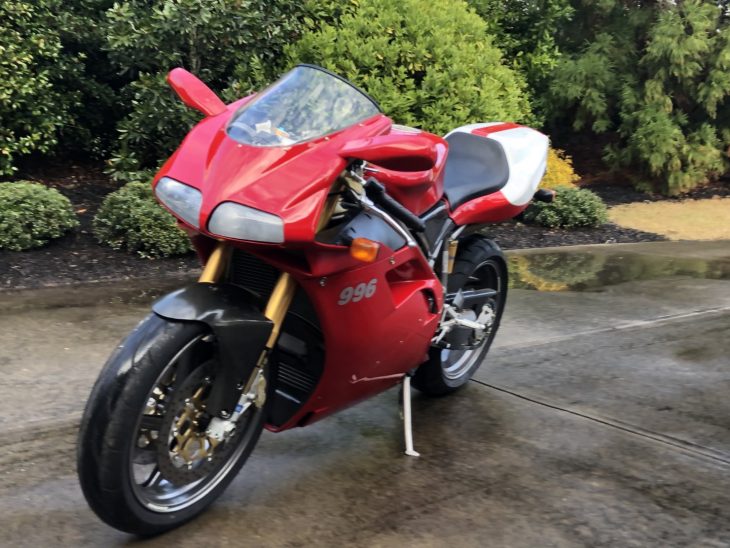 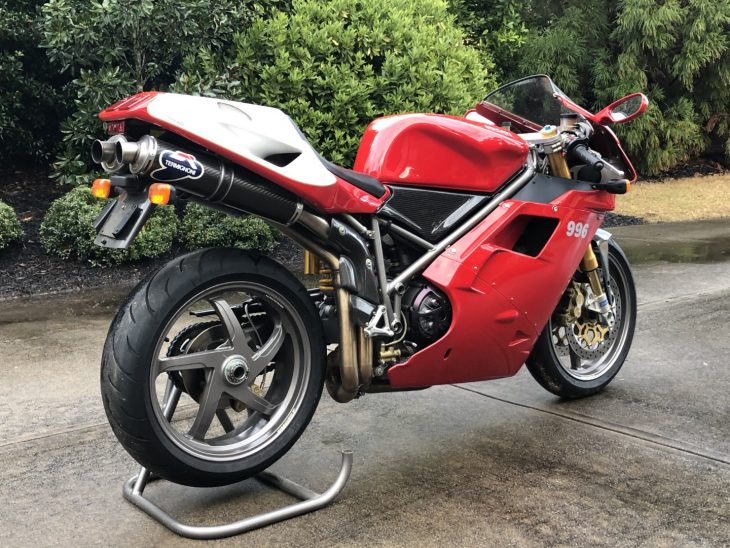 Ducati had started to run the WSBK table with Foggy in the 916 saddle, and the 996 was an evolutionary model.  In SPS form, the L-twin put down 123 hp, and had nicer Öhlins dampers and forged Marchesini wheels to justify the extra Benjamins.  The steering geometry is adjustable for rider preference, and the Dzus-released bodywork is off in minutes at trackside.  Don’t ask if it has a passenger seat or came in anything but red ! 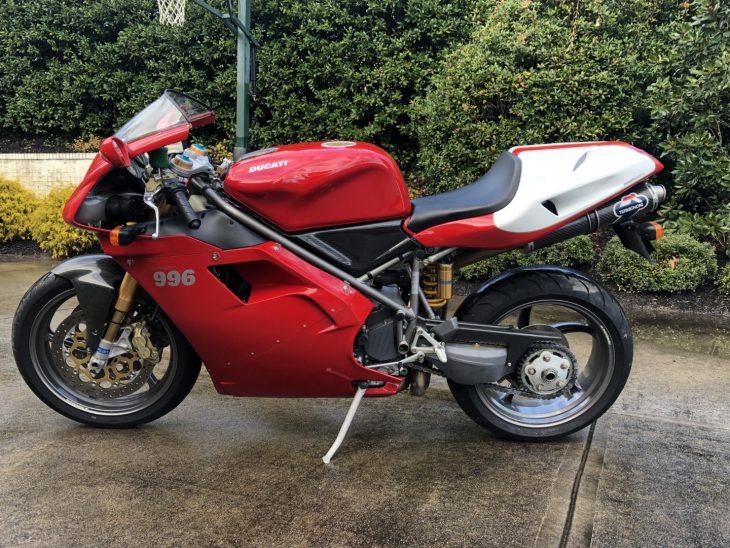 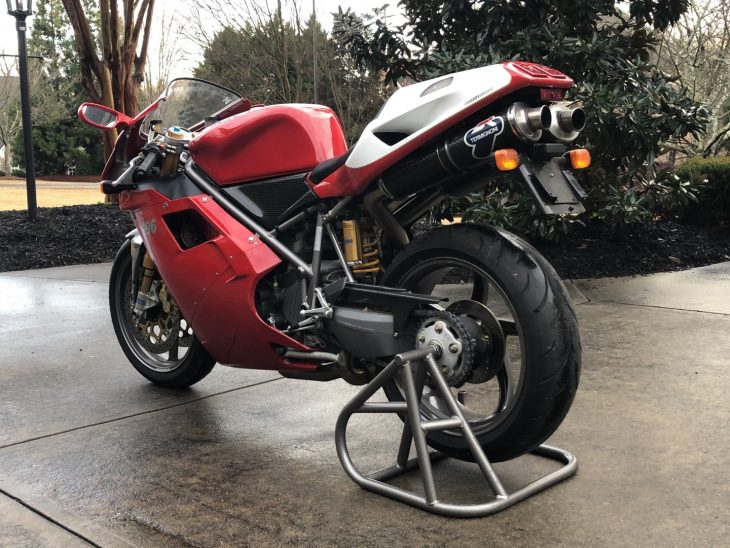 These came with the Termi exhaust and had to be shipped with standard exhausts in a box to claim roadworthiness, but his #1440 sports a clean CA title.  Startlingly few miles and no visible accoutrements except for the clutch cover.  Ready to go or stay with factory stand and exhaust.  His ask is $13,000 and his comments are to the point:

Next up is a Ducati 996SPS, a no stories bike.  It’s been in my basement, admired over too many bottles of wine.  It comes with the factory stand, bike cover (which you never see), the exhausts that had to be shipped to claim road worthy, factory alarm, nothing added, nothing taken away. 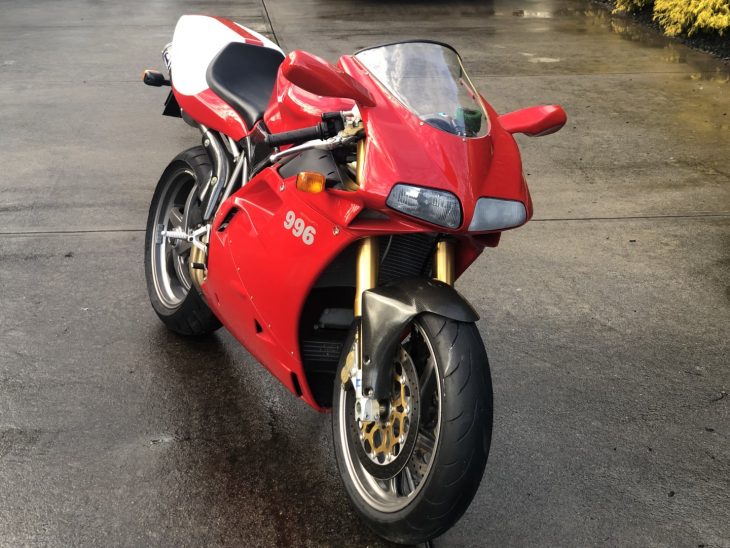 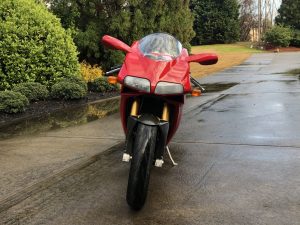 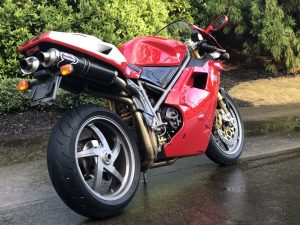 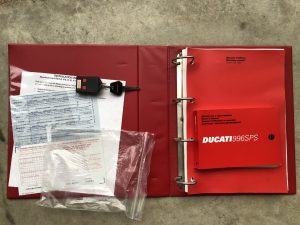 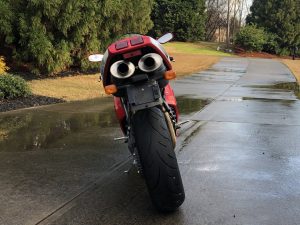 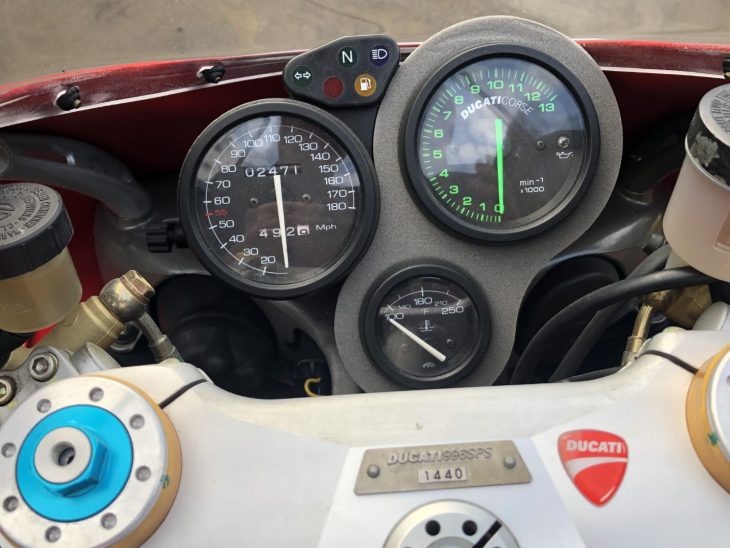 Mark says his 996SPS is a much better bike to ride than the RC30 he recently sold, which interrupted Fogarty’s championship streak in 1997.  Foggy won two more 98-99 before Honda presented their own big twin and another interruption in 2000.  As there was never a championship-winning 998 ( though the winning 2001 996R seemed to be about halfway there ) the 996 SPS might be the ultimate version of the 916/996 generation. 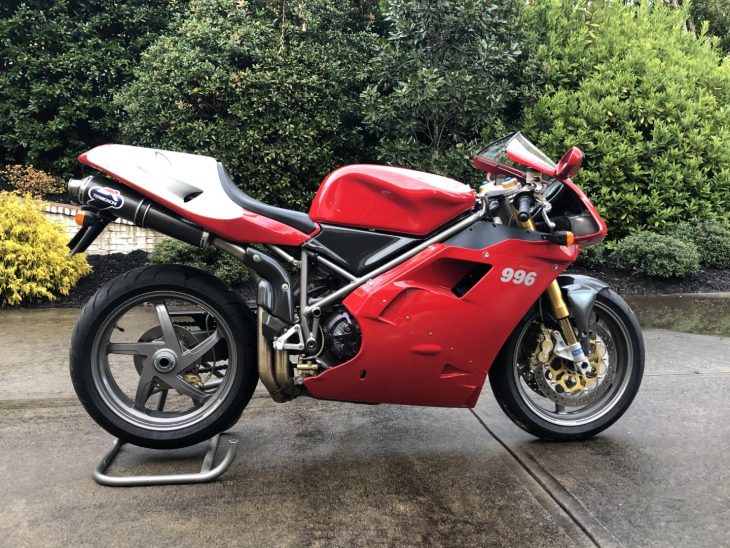