Gary in Utah has several bikes Featured on RSBFS right now. Check them out too: 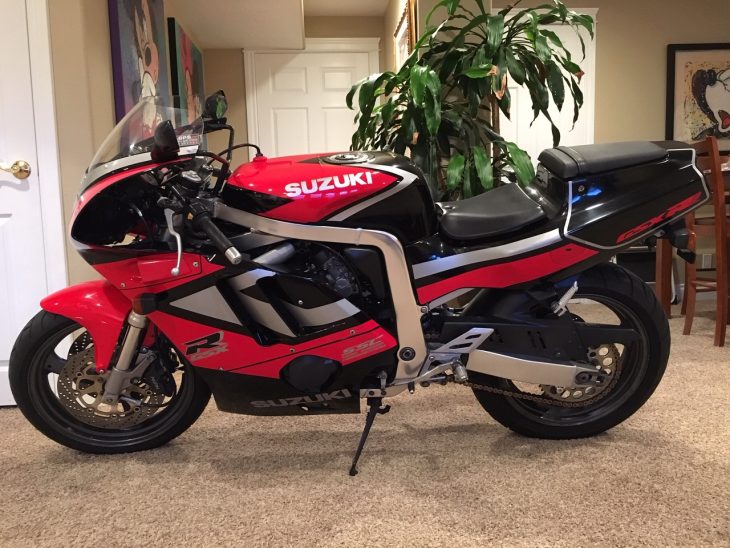 Gary in Utah is at it again, trusting us this time with a lesser-known Japanese grey market 400, the 1992 Suzuki GSXR400. Among a raft of competition, the little Suzuki didn’t stand out, probably in part because it is the spitting image of the faster and better recognized GSXR750. But with 60 horsepower from  a 15,000-rpm four-banger and less than 400 pounds to push around, the GSXR400 isn’t to be trifled with. The going doesn’t really get good until 6,000 rpm or so, but at that point you still have half the tach to play with. At the time, road testers complained about high pegs that really only made sense on a racetrack, and a chassis that lagged behind the others in development. Unless you’re planning to go for a class lap record on this bike, or are crazy enough to commute on it, we doubt you’ll notice. 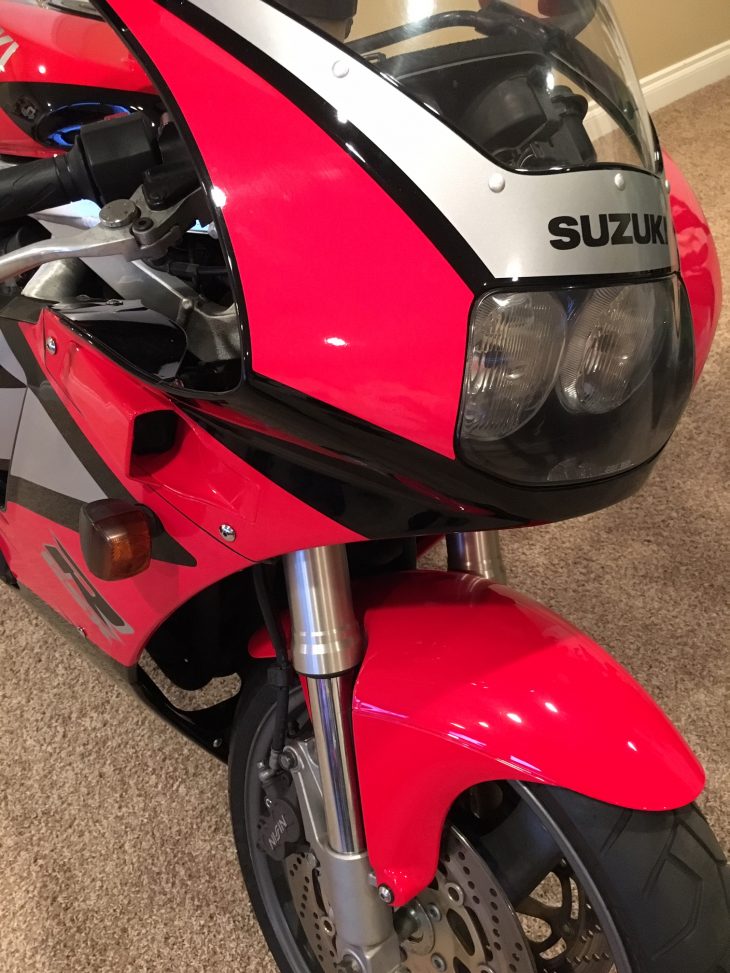 As with everything Gary brings to the table, this one is in very close to immaculate shape, with just a few blemishes to show for its 27 trips around the sun. It has been fully serviced and is titled and road legal in Utah. 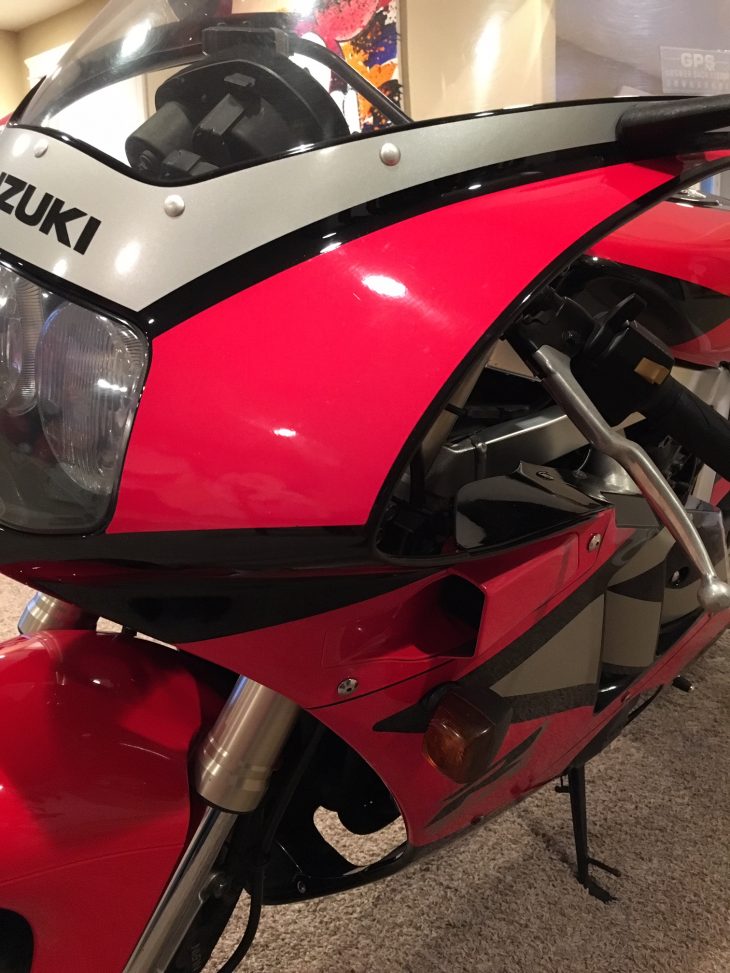 1992 GSXR400. It’s a gorgeous rider with only 10,944 miles. It’s all stock except for the Yoshimura slip on. All fairings are 100% genuine Suzuki OEM. Bike is excellent condition and has a few light scratches on the lower cowling and a rub mark on the left side rear cowling. There are a few tiny garage marks on the lower right side cowling also. Even with the blemishes, the bike looks amazing and the flaws don’t even catch the eye. This GSXR400 is a very clean bike and dripping with curb appeal. Bike is in tip top
shape and runs as good as it looks. Bike will arrive with new fluids and carbs have been cleaned and tuned. Bike is Utah titled and is titled as a street bike for road use. Bike comes with a rear seat cowling that covers the passenger seat to give the bike a solo rider look. Asking $6,999 or best offer and  I’m open to offers on all my bikes I have listed. 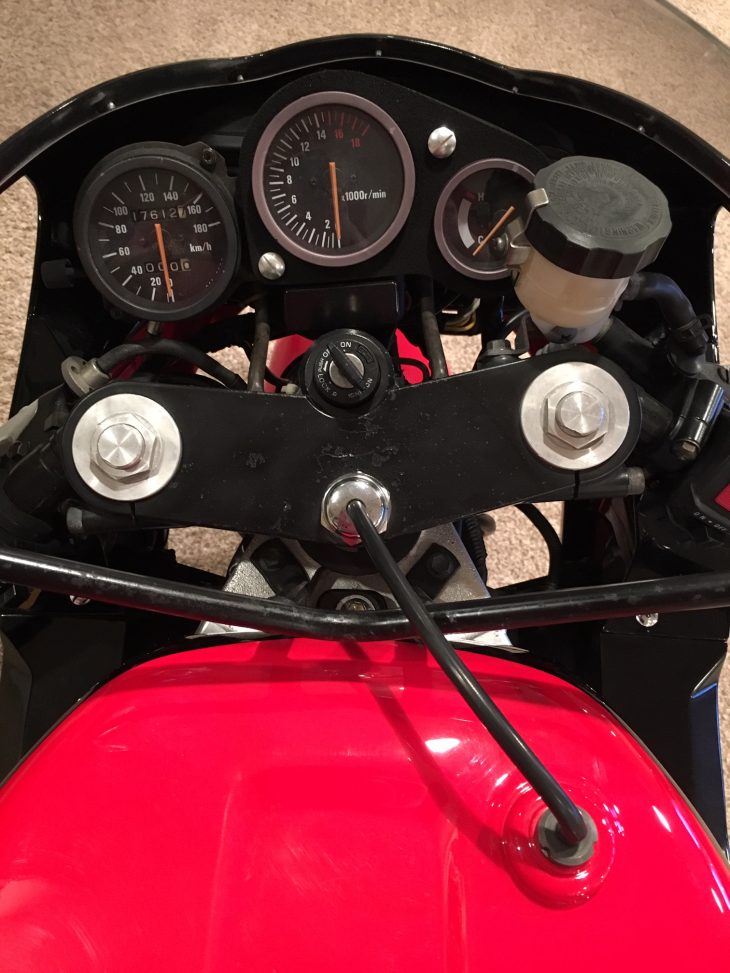 The asking price is near what you’d expect to shell out to walk out of a dealership with an FZ07 on your trailer, but where is the fun in that? Call Gary and get a solid dose of GSXR glory. 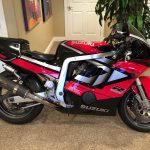 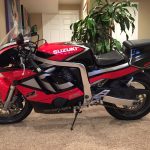 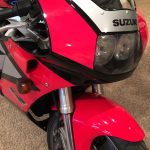 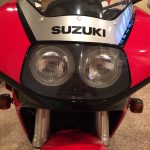 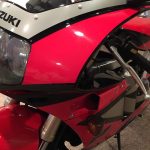 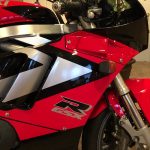 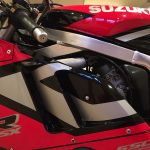 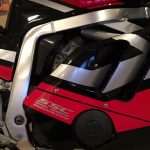 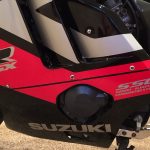 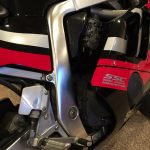 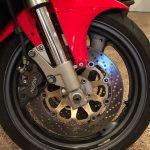 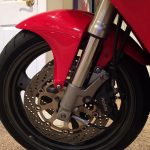 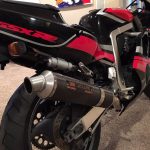 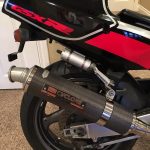 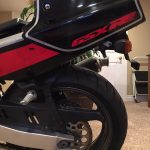 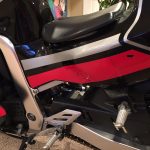 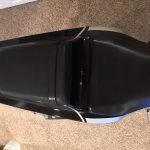 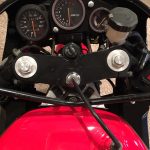 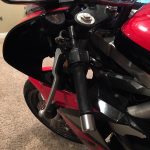 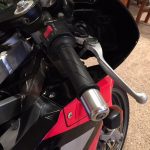 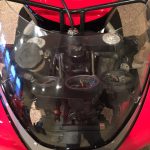 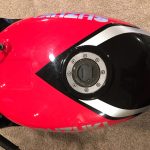 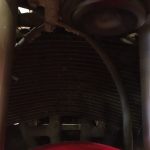 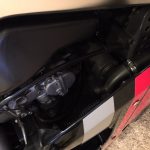