Displayed in a corner with no view to the tarmac, this 2007 Brutale 910 is nicely farkled and has just 1,211 miles.  A smashing MV roadster for a fan without the need for a fairing, or maybe with that base already covered. 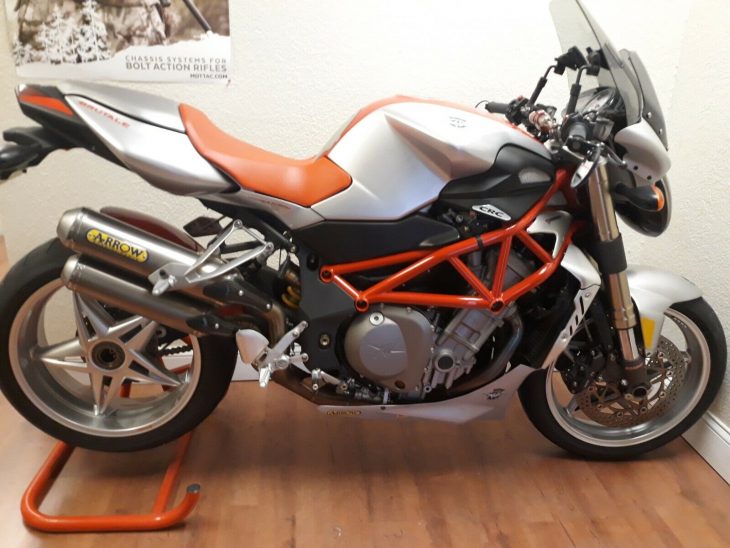 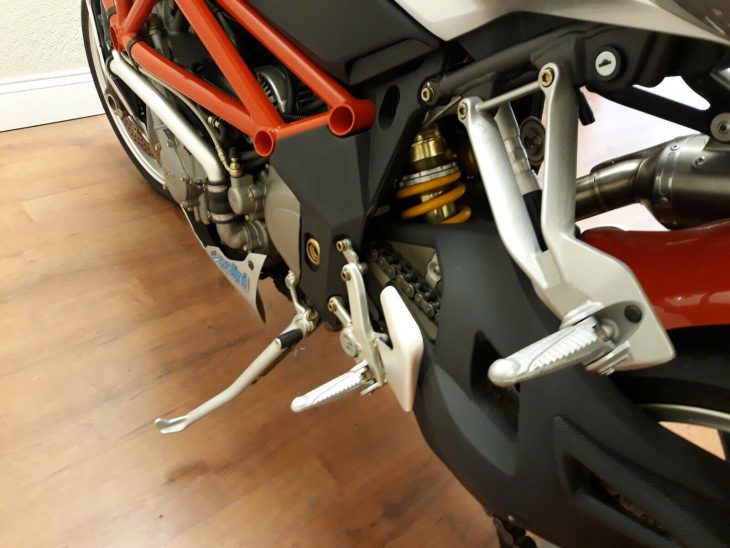 Agusta joined the naked party in 2001, starting with their 3-cylinder supersport models, and presented the naked superbike in 2005.  The 908cc engine is derived from the F4 1000cc mill, sharing the radially arrayed valves and Weber-Marelli fuel injection.  Power is superbike level at 139hp, with good torque numbers at 71 ft.-lbs.  The frame is courtesy of the original Brutale, with whopping 50mm Marzocchi forks which are multi-adjustable along with the monoshock.  The package is surprisingly nimble, and accommodating to larger and smaller riders. 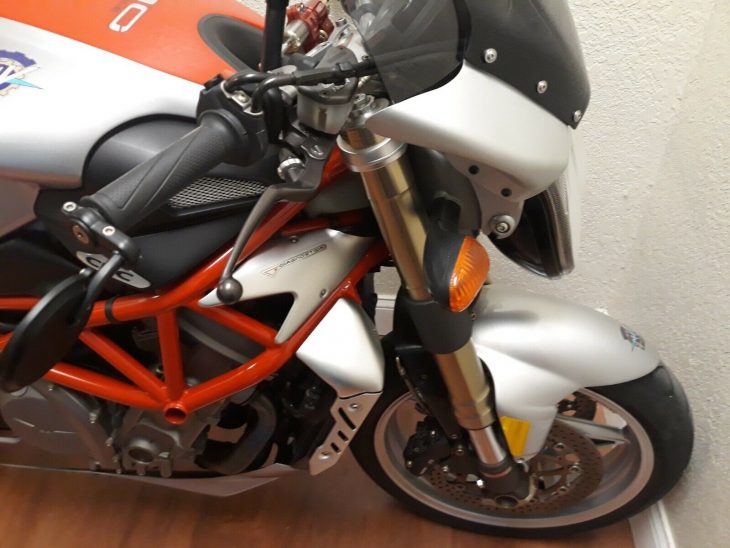 Too busy, the only explanation for a nice one owner bike, some sweet mods, and then hardly even break-in miles over the 12 years.  A few moments with the dealer’s option book, but not many for riding afterward.  Presumably the rear sprocket has two less teeth, with the effect of a higher gear ratio.  From the eBay auction:

It has only 1211 miles.  Yes, it’s no mistake, only 1211.  I bought it new in 2007 and have title in hand.  It has $3000 in accessories including a Arrow slip on and catalyzer tube replacement, front and rear fender, Matris steering damper, handlebar end mirrors, fairings from Germany, specially made windshield which is removable, rear pinion with two less teeth, better front brake pads and a special handlebar mounted on rubber to damp vibration.  All this was installed at buying, and I have all the original parts.  Not one scratch. The Brutale is still on MV’s card, though it has ridden the displacement spectrum up and back down to an 800, of which there are several Special Editions.  More of statement than a practical ride – it’s spendy, just not the thing for a longer ride, a little finicky, but a real looker. 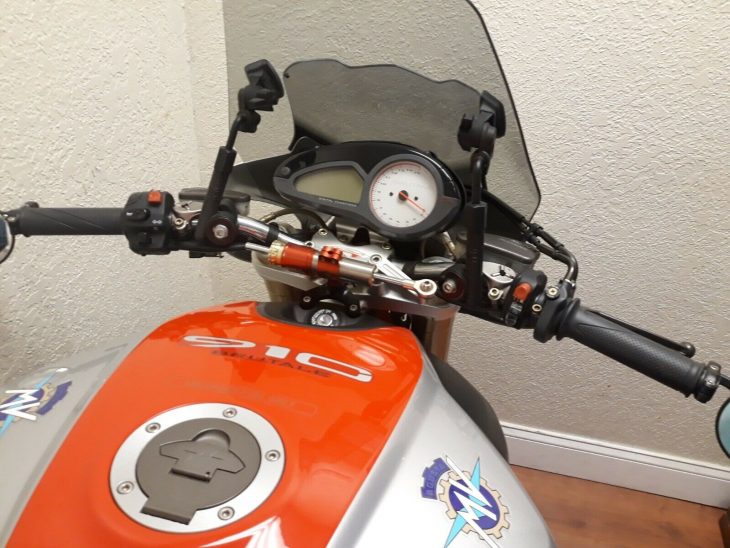