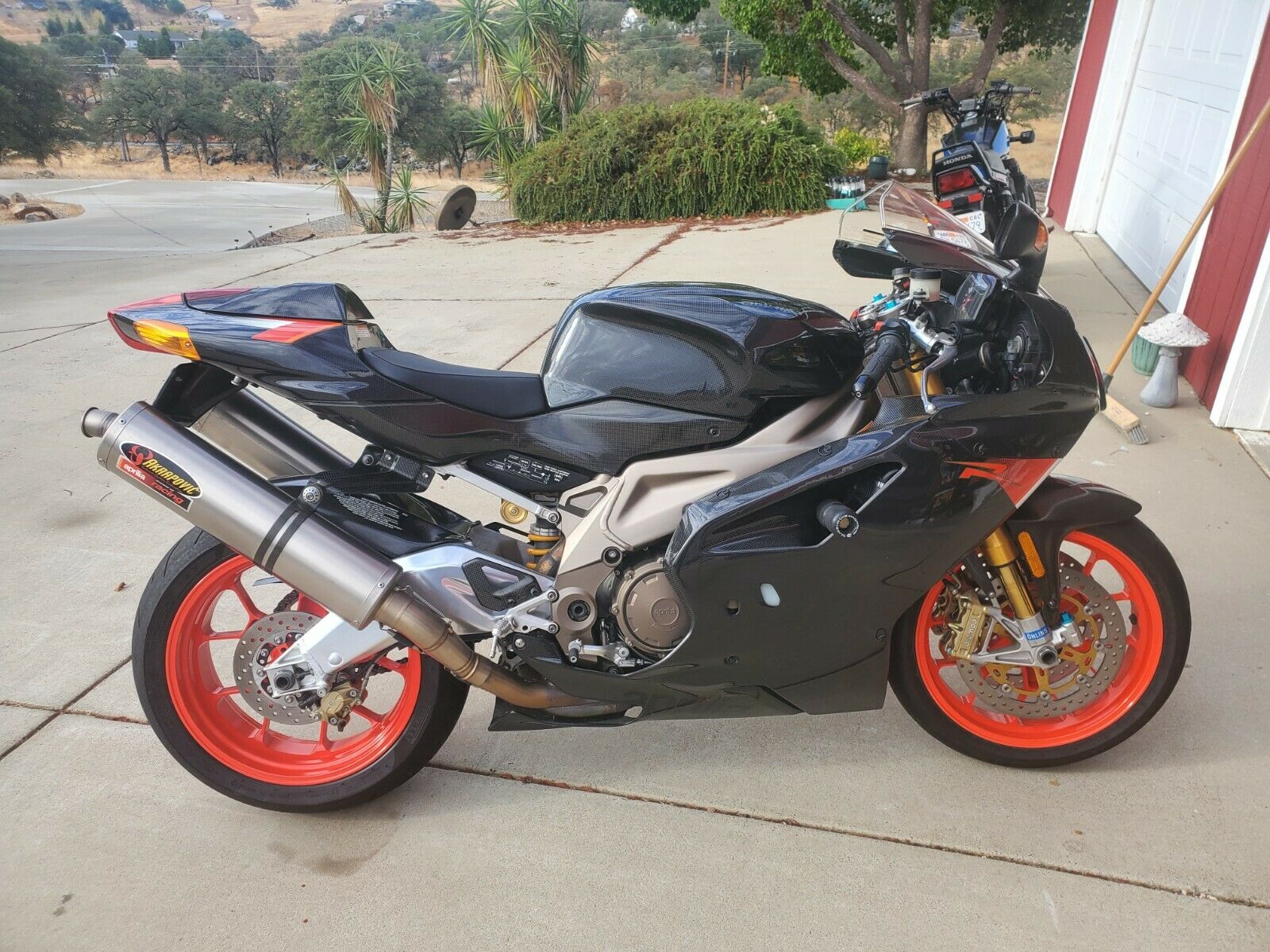 Ever since Aprilia entered the Sport Bike market with the RSV Mille, it has to unfairly live in the shadow of an Italian giant, Ducati.  Reviews have always raved about the wonderful handling of the Aprilia.  The specification sheets rival and sometimes even exceed that of the Ducati.  Loyal owners shout from the mountain tops about how reliable they are, and in both the new and used markets the Aprilia represents a relative bargain.  But still there is a sense that Aprilia has to prove something.

In 2004 the marketing team at Aprilia decided that the time had come to release a halo motorcycle.  Something to sit above the R or Factory model, a bike of dreams.  The Dream Series was branded an exclusive and exotic tier in the Aprilia line up.  The aim was to attract high end customers to the brand by offering something unique and special.   Buyers were treated to an array of perks, including MotoGP events, private track days, bespoke leathers and more. 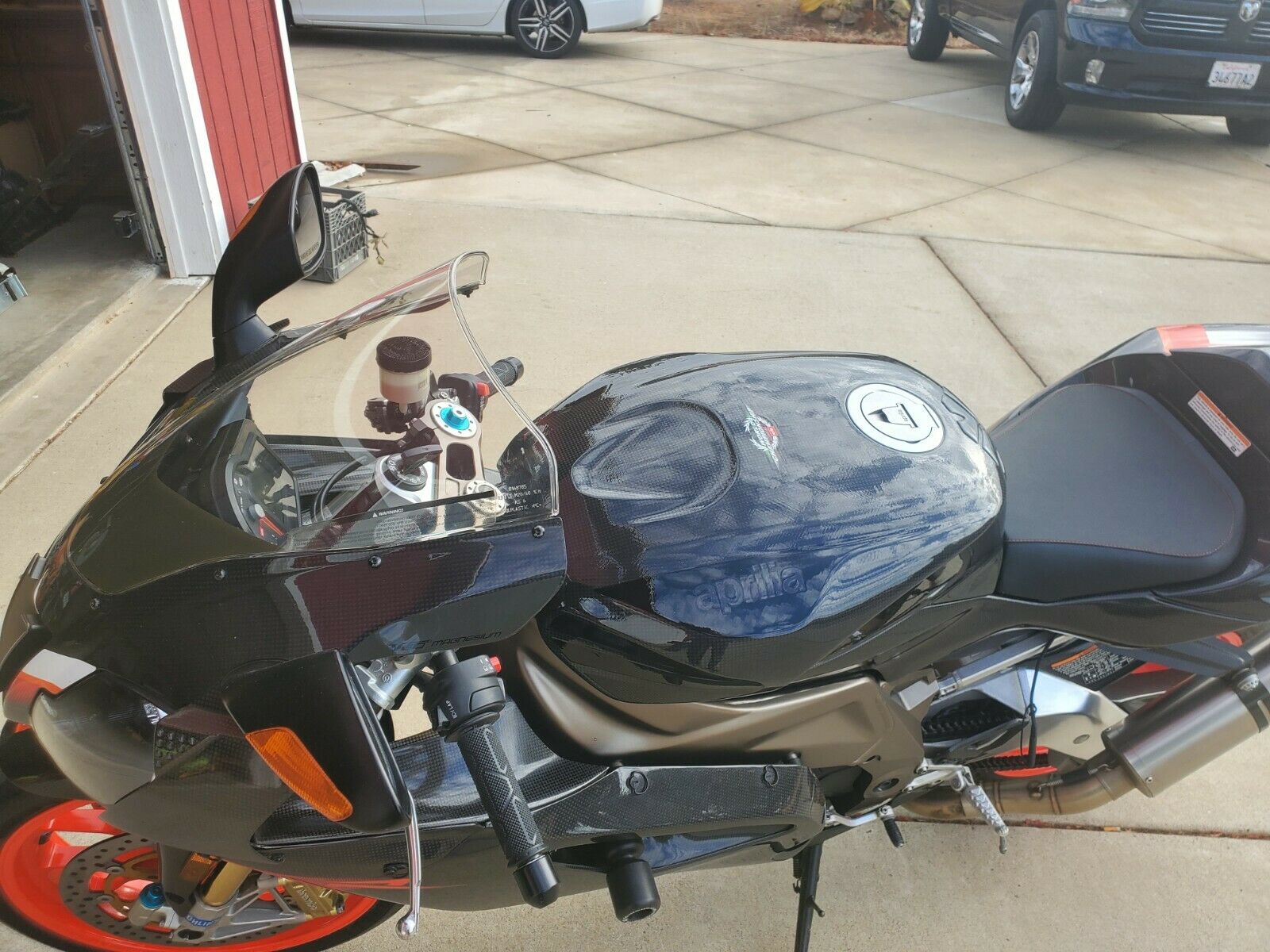 At first glance one could be fooled into thinking the Nera was just an aesthetics package.  This could not be further from the truth.  The bike is 30 pounds lighter then the standard RSV.  Titanium is used for most of the hardware and fasteners.  All of the bodywork is carbon fiber, including the tank, something even Ducati was not able to offer at the time.  Magnesium wheels and engine covers rounds out the use of space age materials.

Just 200 of these $40,000 machines were built.  The Nera is the one and only Aprilia to be released under the Dream Series banner. 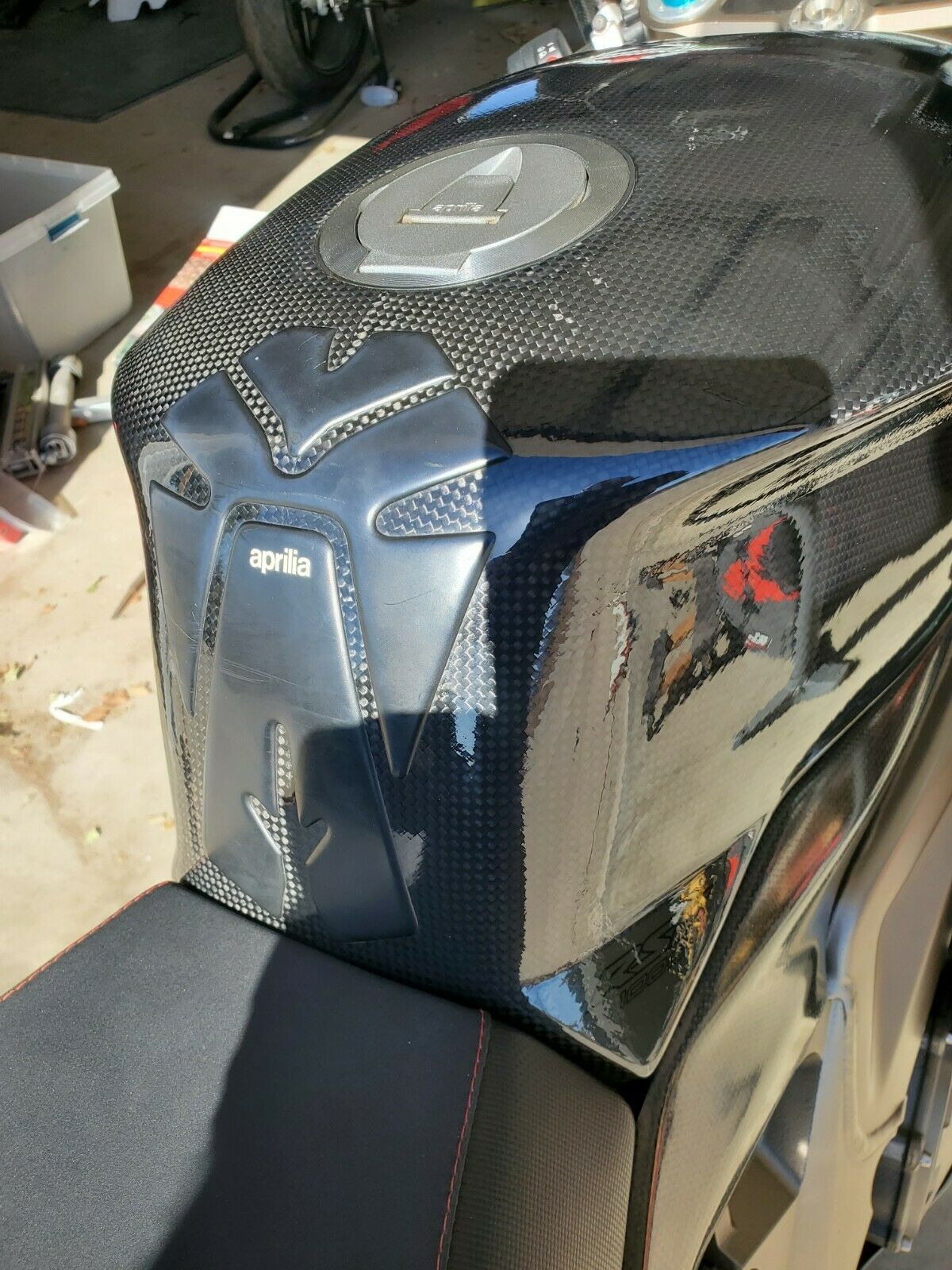 This bike is all original, the front tire is an original date coded tire with plenty of tread. The rear tire was replaced in 2012, I would still replace both tires. The bike has the carbon fiber gas tank that was included in the original purchase, but I do not have the original black rubber tank that came stock on the bike. I do have a black rubber tank from a 2004 factory that I will include with the sale. It does have the stock rear carbon fiber license plate holder but the previous owner cut the bottom part of it off. I will include a complete RSV factory plastic license plate holder with reflectors. The full Akrapovik exhaust that came in a box with the original bike purchase is what is installed on the bike.

The bike has been sitting for a while. The bike is not mint, but is very close to mint. There is not one knick or scratch on the magnesium wheels. All body work is very very nice.

In 2004/2005 Aprilia’s, the odometer resets if the battery dies or is replaced, such as the case with this bike. I would just like to let that be known since the odometer has reset. If I had to guess, this bike has less than 2,500 original miles. The bike runs excellent. This bike would need very little work to be considered a 10.

This bike has never been dropped or crashed. I think you’d be hard pressed to find a better one. Clean California title in hand.

This is about as exotic as it gets for this era of Sports Bike.  It is also one of the few bikes that would with in a top trumps game against the 999R of the same period.  The V60 engine and the 140 horsepower it produces is long know to be easy to live with and use on the street.  The Buy It Now price of $16,500 is reasonable in the market, but there is a chance to snap up a bargain as the opening bid is much less.  One can only wonder at this point what the reserve is.  What else could offer this much usability, exotic appeal, and rarity for the price? 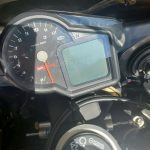 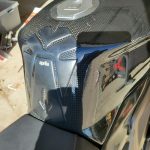 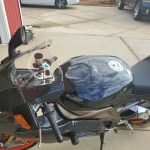 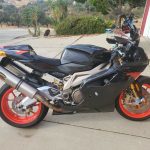