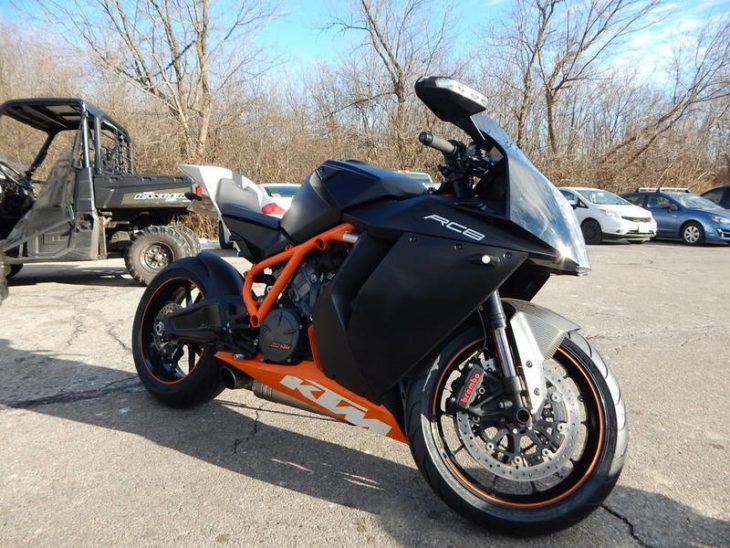 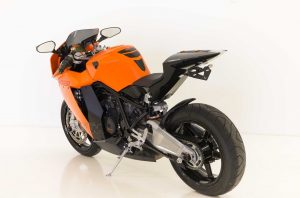 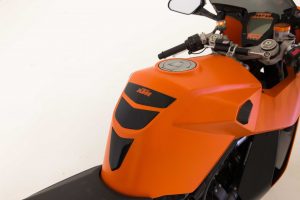 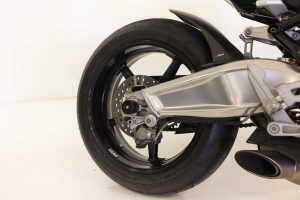 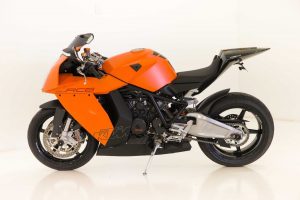 KTM developed their superbike for the 2008 model year and it’s become a noteworthy alternative to some other V or L-twins.  Initially the Rotax-based engine was 1148cc’s and good for 152 hp, and the later -R’s 1195cc’s checked in with 168 hp – serious stuff  ! – and the -R rates a factory slipper clutch.  The 6-speed transmission reviewed relatively clunky, but honing a smooth trans takes millions of units.  Both years have WP forks and monoshock, fully adjustable of course.  320mm Brembo monoblocks are overkill on the street, but a literal life saver on the track.  Like their 1198S inspiration, the KTM have a beautiful chro-moly trellis frame, in orange on the 2010.  The angular fairing design and clean rear fender design have become a KTM hallmark. 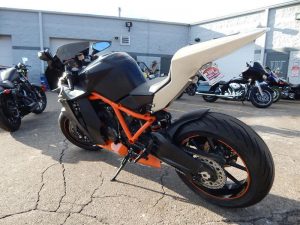 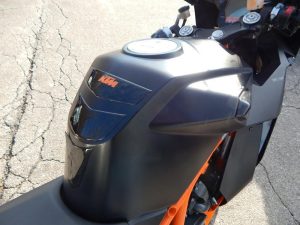 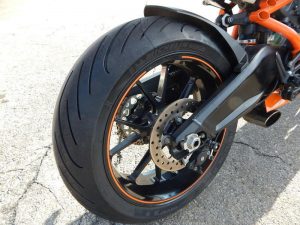 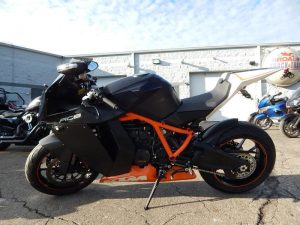 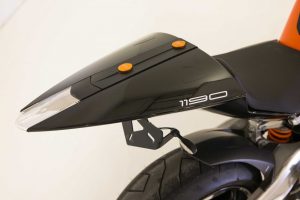 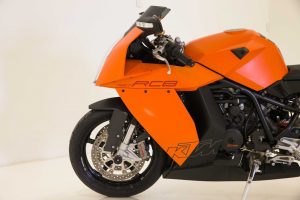 Seems like both these sellers stuck to the extremes, with the 2010 RC8R asking somewhat below the going rate, and the 2008 RC8’s buy-it-now is similarly above the peak.  Both appear undamaged, but the 2008 is a 1K-mile cherry, and the 2010 having logged 19,109.  The 2008’s owner believes it is the 5th machine from that year’s production, and the 2010 comes with following statement, ” AFTERMARKET EXHAUST, ADJUSTABLE LEVERS, FENDER ELIMINATOR, LED FRONT SIGNALS, MARCHESINI WHEELS, CARBON FIBER FENDER, COOL BIKE! “. 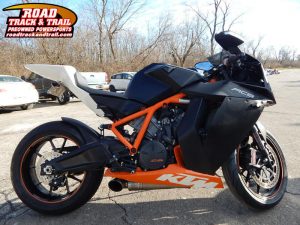 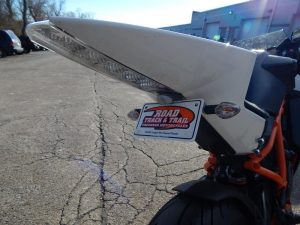 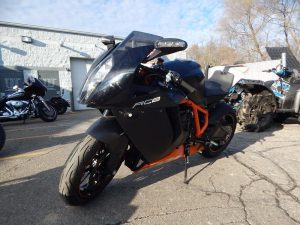 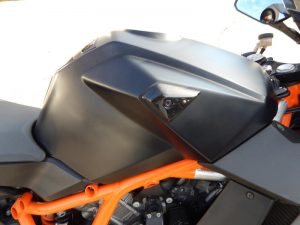 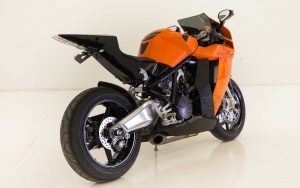 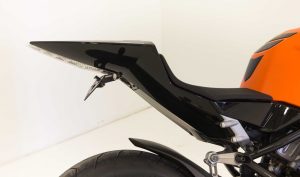 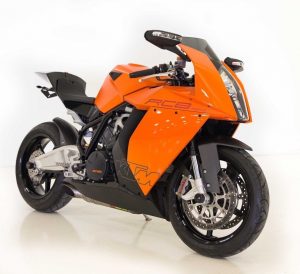 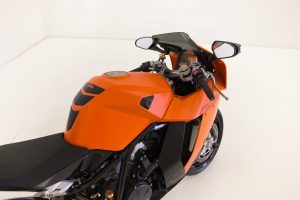 KTM abandoned the superbike market in 2015 saying the machines didn’t fit their corporate responsibility ( but somehow the 1290 Duke does ).  Now their sole supersport is a 390 cc single and the LC8 is a poignant moment in the 21st century.  The big twin is a durable 4-cam beast, if not destined for WSBK fame then a champ on the road.  The rest of the package is nothing if not a phenomenal first effort, a nice testament to computer-aided design and manufacturing.  Just try and pick one ! 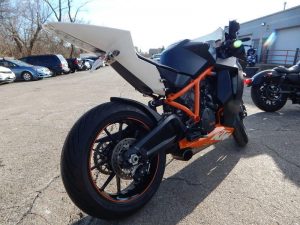 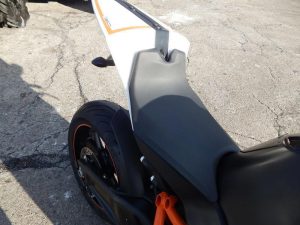 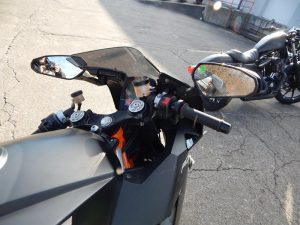