A lot of people consider the Honda RC30 and RC45 as the best Honda sportbikes to own but those are fully track oriented machines not really setup for daily use on the street.   Additionally much of the success of the RC bikes can be traced to the VFR V4 editions (and ironically much of the RC tech then found its way back into later Honda models such as the 800cc VFR).   Today’s post is a 2005 VFR 800 in a beautiful monochromatic silver and with 12,000 miles which for a VFR is barely broken in. 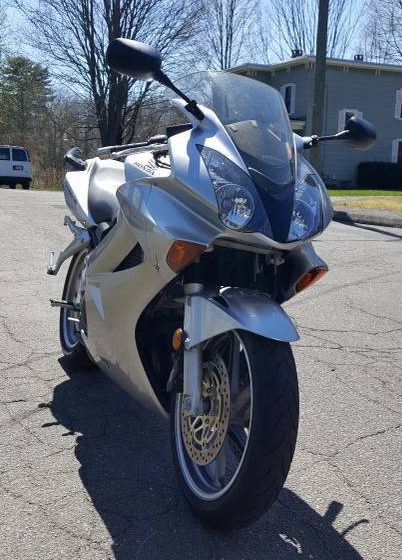 When Honda introduced its V4 streetbike configuration in the early 1980’s, the result wasn’t what the company expected.  Honda engineers deeply believed that a V4 engine would produce nearly optimum power and torque but problems arose with the camshafts in the larger displacement/700cc models.  Given the new technology of the V4 system it probably shouldn’t have been a surprise that there would be issues but what was surprising was the inability of Honda, a company that prided itself on its engineering ability, to find a quick resolution to the issue.   The VF700 received a mind-boggling 8 camshaft revisions in its first year alone and the VF series quickly earned a moniker of “chocolate camshaft – it melts in your hand!” with sales being drastically impacted in the following year.

Fortunately for Honda, the company was large enough that the issues with VF series wasn’t a make or break proposition but they still had to decided whether to keep working on the V4 design or walk away from the concept.  The later option was actually the financially safer choice; its what Suzuki would do with TL series and what Bimota wish they could have done with the V-Due.  But for Honda’s motorcycling division, the issue was more than just a financial decision; their reputation for engineering prowess was at stake.  Honda went back to the design board and the result was the 1986 VFR, a machine engineered to a detail that was unheard of previously.  Rumor has it that the VFR was so over engineered that Honda actually lost money on every one it sold but there is no arguing that the VFR restored the companies reputation as an engineering powerhouse with the VFR winning bike of the year in its first year.  Most impressively it kept winning its market segment year after year and was even anointed as “bike of the decade” for the 1990’s by CycleWorld.  Despite changes in displacement and technology the VFR line is still going strong.

NOTE:  An excellent history of the VFR lineup and the changes in each edition can be found here. 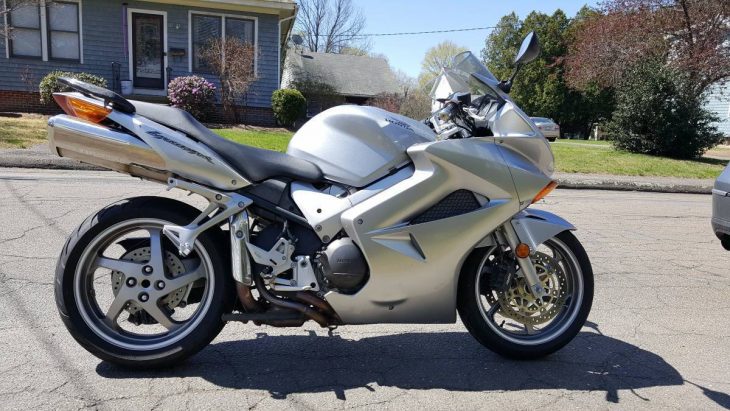 This particular VFR800 looks to be in amazing shape, although the silver color combined with the direct sunlight could potentially mask some small paint imperfections.  On the plus side the seller indicates a recent refresh including rubber and misc items.  On the negative side some frame sliders seem to be in place in some pics so its unclear as to how the bike has actually been used.  Also the seller does not indicate if the optional ABS that was available with this model is included on the bike.  This is an important question because while the VFR came standard with a linked braking system (which worked very well indeed), the VFR has a wet weight of over 500 pounds so having ABS was a major upgrade. 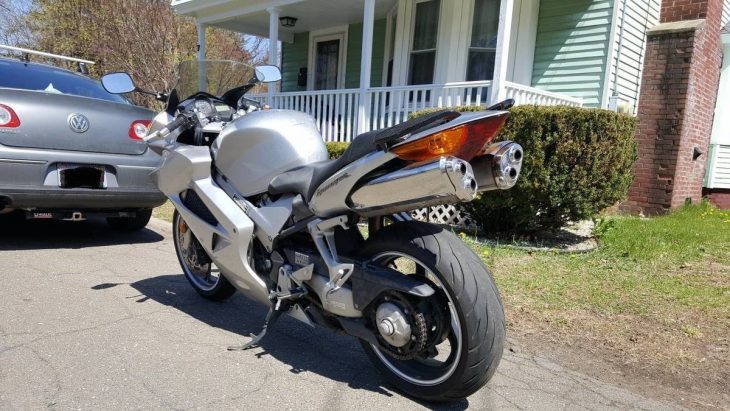 Admit it, those exhausts are cool and look great with the silver color scheme. 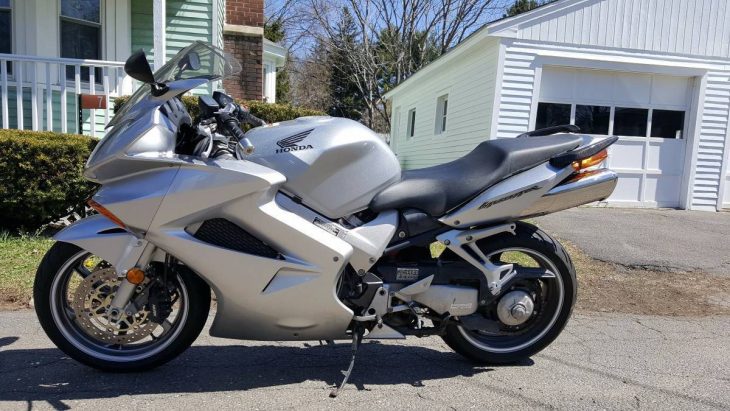 So is this 12,000 mile VFR worth the current asking price of $3,500 USD (extra for the hard luggage)?   While this generation of VFR will probably never appreciate as a collectors bike, if your intent is to actually ride your bikes then that price seems like a great deal.    Also the VFR is a renowned touring machine so this offers an opportunity for both at a low price.  Personally I think this would make an excellent every day rider for someone who already has their track bike or for someone who wants to move into longer distance riding without moving into the everything-but-the-fridge-goldwing segment.