MV’s 312R was introduced midway through the F4’s lifespan when top speed, rather than 0-60 or a 1/4-mile was the goal.  In its alternative (not red and silver) livery, this Scottsdale example looks cared for with just 4,500 miles. 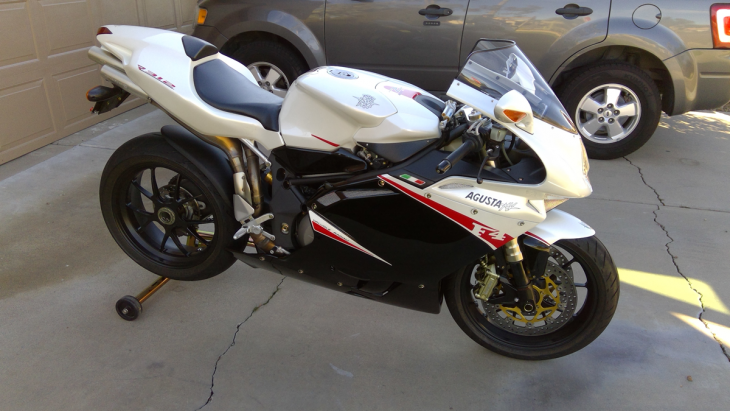 The F4 were built around the powerplant, and the 312R had revised heads with 30mm titanium intake valves, 48mm throttle bodies and longer intake horns to help make 183 hp at a lofty 12,400 rpm.  In the shiney-side-up department, 50mm Marzocchi forks are nitrided with carbon to reduce stiction, and the Sachs rear monoshock has low and high-speed adjustments.  312 kmh eventually has to end, and the Brembo P4/34 brakes are some of their finest.  The bodywork is at once trim, complex, and aggressive, and the stuff dreams are made of. 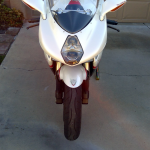 Not much to tell about a minty example with low miles, but there has been a sprocket change, maybe an additional tooth out back to trade a little top speed for sub-sonic convenience.  Pearlescent white over carbon looks so classy a tux might be good riding gear.  The owner relates recent maintenance in the eBay auction:

If you know sport bikes, you know MV Augusta is Motorcycle Art! This 200 mph F4 is in mint condition; stored for years as part of an MV collection. Beautiful paint, 2 tone pearl white and pearl black. This bike is completely stock, except for sprockets upgrade. New Metzler M5 tires. Recent oil service and coolant service… 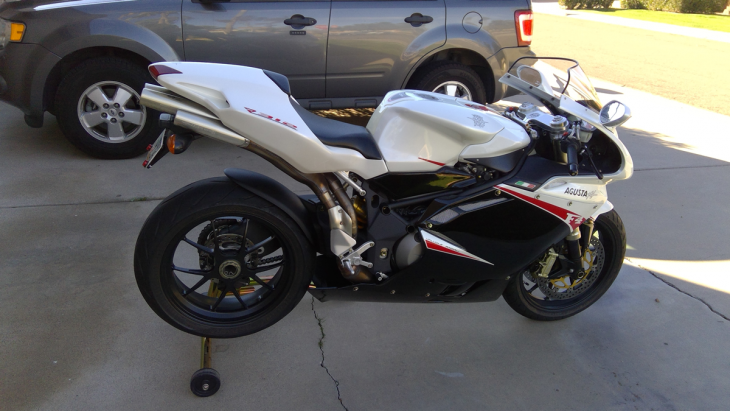 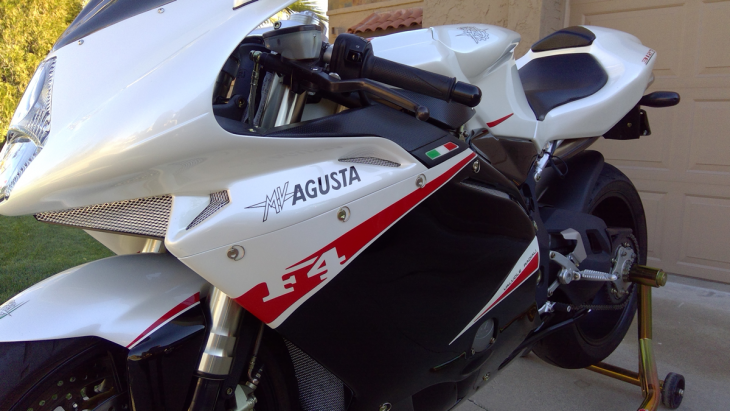 The 312R was MV’s pinnacle for a bit, superceded by the RR and then very special Castiglioni tributes.  The air slips over this veritable work of art, with premium appointments adding up to a $30K MSRP, making the current ask seem almost reasonable.  The same folks who said you’d be just as quick and a lot more sensible on any of the Pacific flagships are still on duty, but now saving you just a few thousand instead of the huge when-new dollars.  In this case the big step to a real exotic isn’t such a leap ! 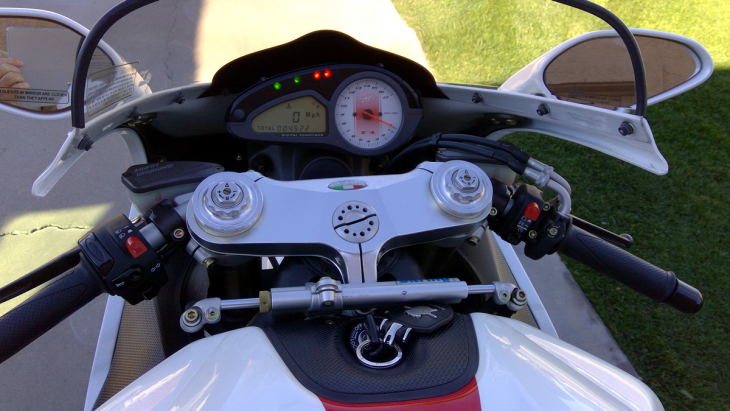