Almost twenty years on, every one of the 2,000 MH900e’s has a story to tell.  This one evidently took a long delay before being ridden just 1,200 miles, and with only a couple of mods, looks excellent. 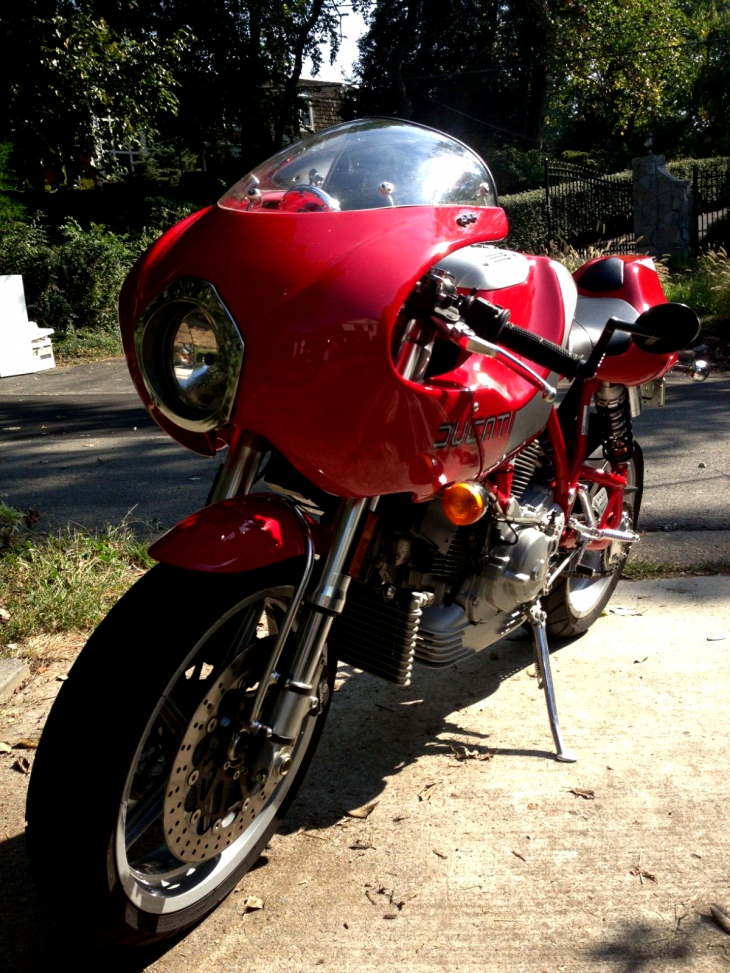 Pierre Terblanche designed the showy desmodue in the late 1990’s, the air-cooled 75hp piped through a six-speed transmission.  Almost every bit of the trellis frame and bodywork are sculptural, even the single-sided swingarm being a work of fabrication art.  Crowd response to the show bike was such that a short production run was arranged, glossing over issues like non-adjustable forks and almost-waterproof instrumentation.  Still it reviewed well for a special model, the fuel-injected drivetrain providing a nice torque curve and the long wheelbase lending stability to the situation. 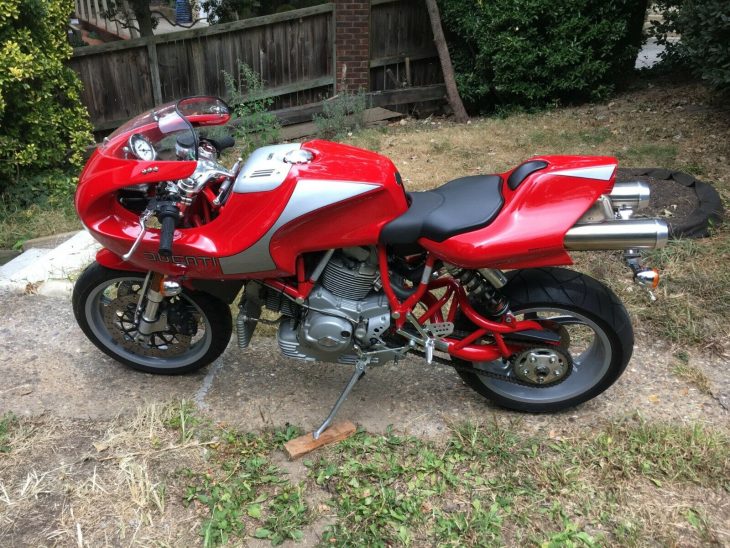 As most MH900e’s have been, this one appears babied, with a bar-end mirror replacing the frail wing mirrors.  Finishes are in top shape, and often-replaced items like the chrome clutch cover and tube mufflers are still stock.  Comments from the eBay auction: 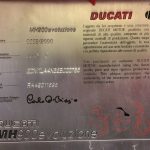 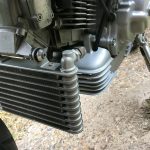 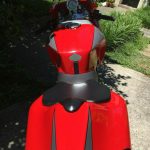 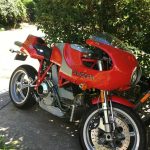 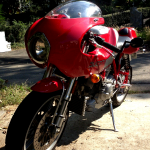 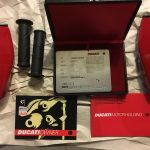 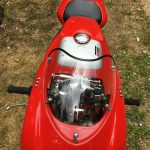 The 2000 examples sold out within hours of the start of the web-only introduction, but production couldn’t be arranged until mid-2001 for a 2002 model.  Most reside indoors, and not even in the garage – hallway and dining room displays abound.  Namesake Mike Hailwood’s family took issue with Ducati’s appropriation of the name, and arrived at a settlement some years later.  Now finding their way to another generation of collectors, an MH900e never fails to transmit the excitement of two wheels.