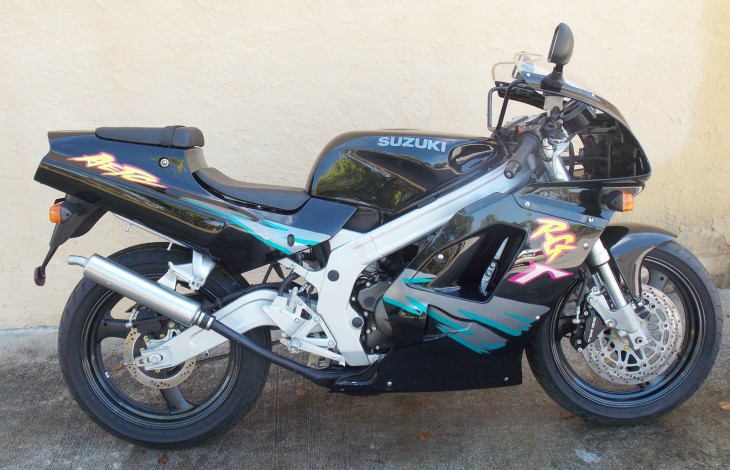 Two stroke sportbikes are automatically rare over here in the US.  While the rest of the world got to play out their GP dreams on road going versions of their favorite racer’s factory machine, we were stymied by the fun police (aka the EPA) who said that two strokes were too dirty to pass emissions testing.  Somehow this little Suzuki RG125 managed to make it’s way across the ocean and 24 years later it is only showing 5 miles on the clocks!  There are some light scrapes that makes you wonder what happened?  Did somebody tip it over in the parking lot leaving the dealership and get scared?  Stashed it away and forgot about it? 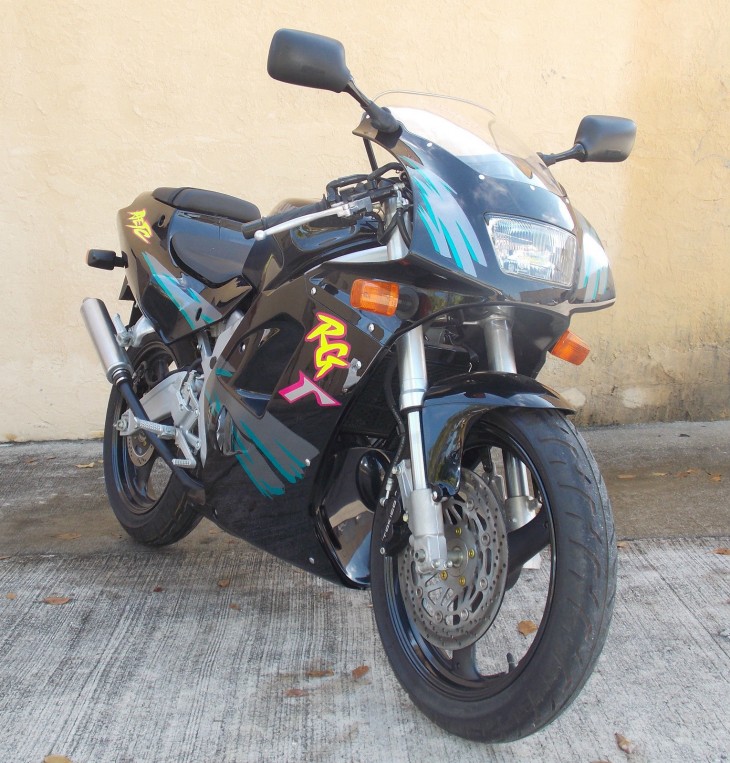 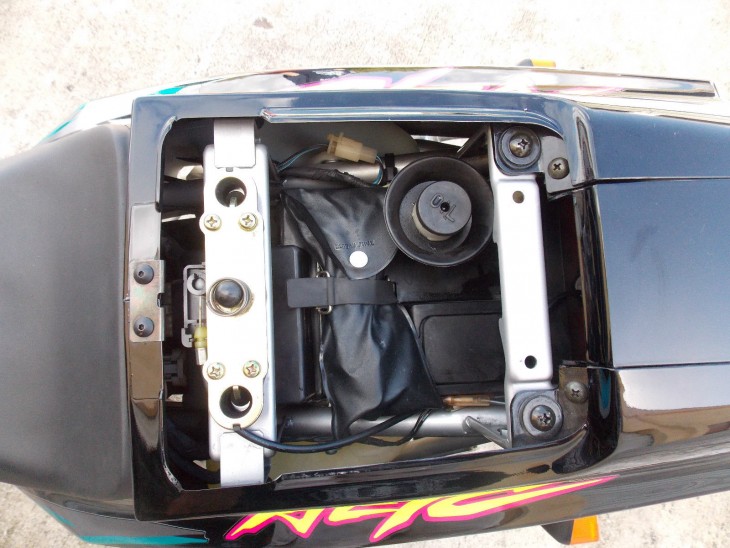 It is “only a 125” but it still manages to squeeze out about 33hp.  Granted that’s not going to win any roll races on the highway or blow you away with it’s acceleration, however, that’s not what it was made for.  If you are lucky enough to live in an area with some serious twisties, I suspect that there aren’t many guys who are going to be able to hang with you.  Better yet, take it to the track and thrash it.  We all know that there are few things more glorious than the sound of a two stroke ripping through the gears down the straights.