With input from their U.K. importers, Laverda’s RGA hoped to excite some new fans and it was positioned just below the RGS super tourer.  This medium blue metallic seems to have been a Laverda color but perhaps not that year. 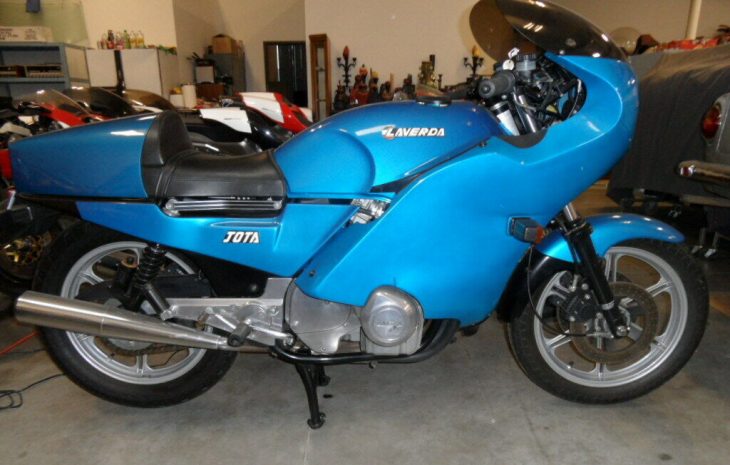 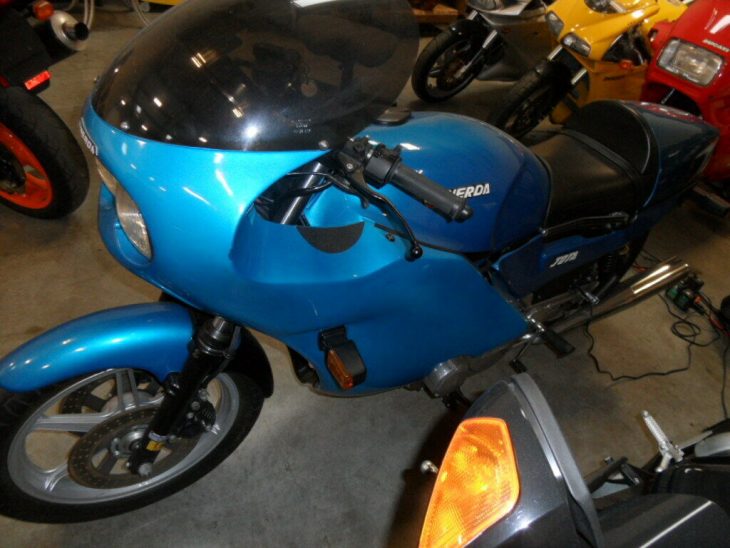 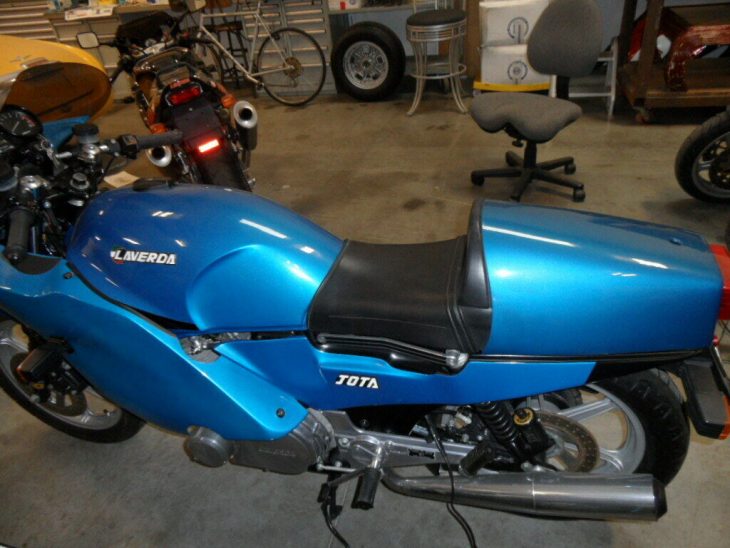 Laverda began manufacturing motorcycles after WWII, and focused on air-cooled four-stroke engines.  The 981 cc triple was the big gorilla, with 97 hp courtesy of electronic ignition and 32mm Dell’Orto carbs.  Three big cylinders made plenty of torque and the 120-degree crank timing imparted more rumble than vibration to the rider.  The chassis was set up for stability, and the air-adjustable Marzocchi suspension was fairly traditional.  Light alloy 18-inch wheels and single puck Brembo brakes were typically high quality Euro componentry.  The RGA was available with an upper-only or 3/4 fairing made by Sprint in England.  A conventional fuel filler was fitted, eliminating the expense of the remote fuel door on the RGS. 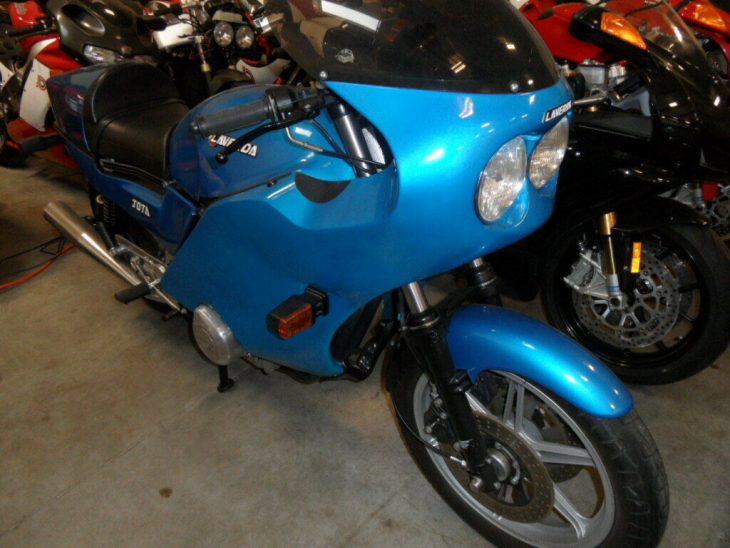 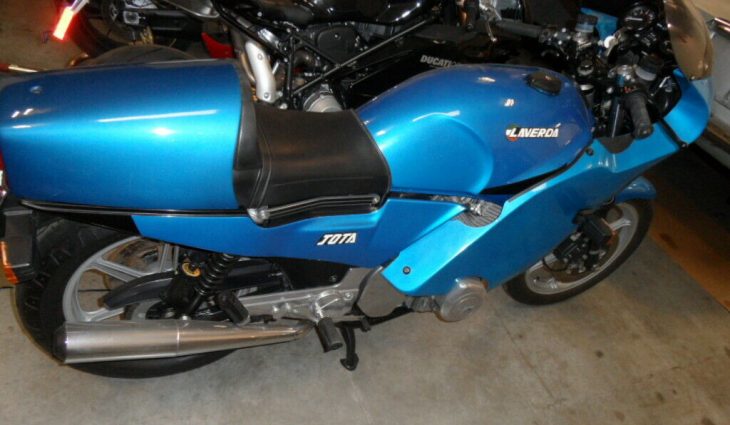 Shown on RSBFS back in 2017, this Jota Special looks excellent and part of a large collection, shows the same 13,776 miles.  Many owners had the engine blueprinted with higher compression pistons and better cams, with the half-a-hot-V6 sound.  Comments from the eBay auction-

Super rare and beautiful bike, fairing by Sprint for Three Cross  Motorcycles, including engine upgrades. 13,770 original miles. Runs perfect with no issues. Sounds like a small Ferrari, no issues, these bikes originally were orange – this has had a color change. They were made with  the intent to capture some of the performance and looks of the original iconic Jotas. 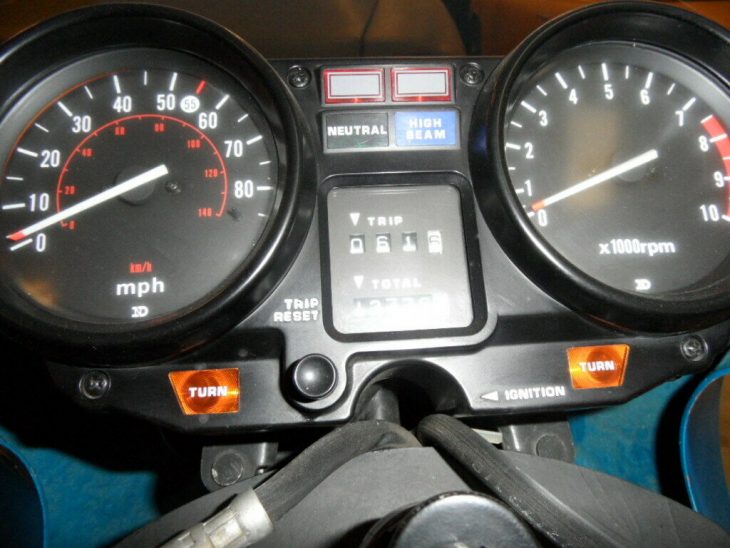 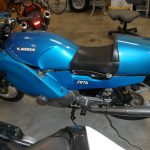 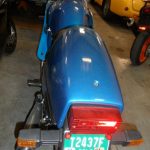 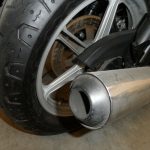 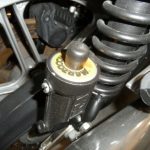 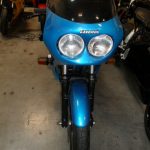 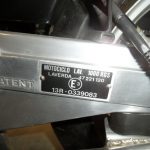 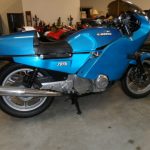 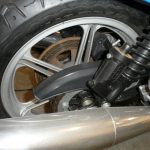 Though still making interesting bikes, Laverda was marginalized by the new machines from Japan, and limped along with a couple of attempted re-starts before the Piaggio group closed the doors in 2004.  Rather sportier than the touring RGS, an RGA makes a quite European statement and no apologies.  Though the reserve hasn’t been met, many bids indicate that this rare and excellent Jota will tempt a fan that already has some orange paint in the garage. 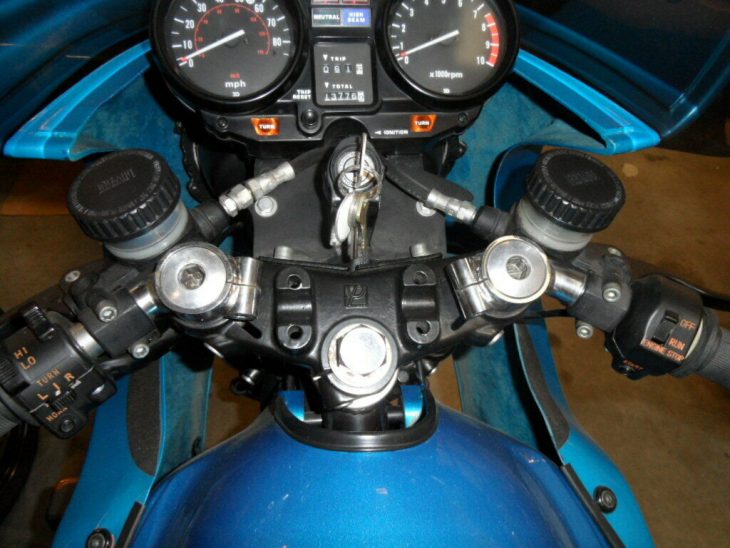