Twenty-teens naked superbikes are often a bit over the top, and the V4R Tuono shows that Aprilia got a head start.  Vegas-based Eurocycle offers this liter-sized V-4 with all the electronic wizardy, moderate miles, and a fairly relaxed riding position. 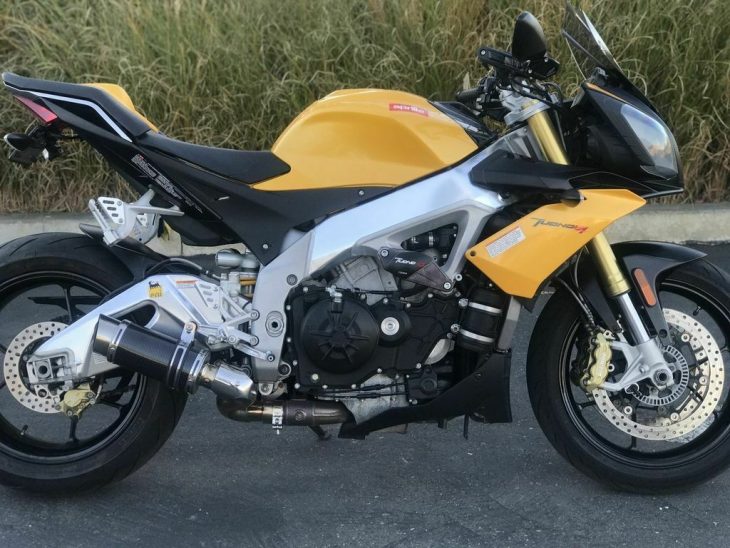 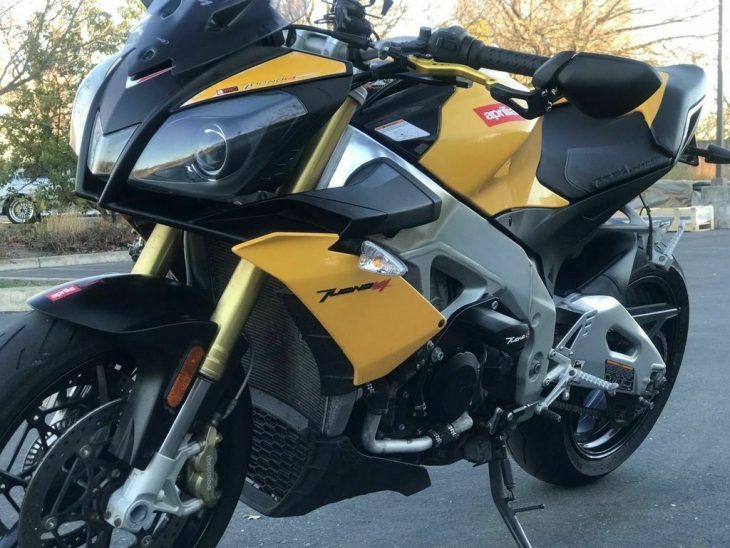 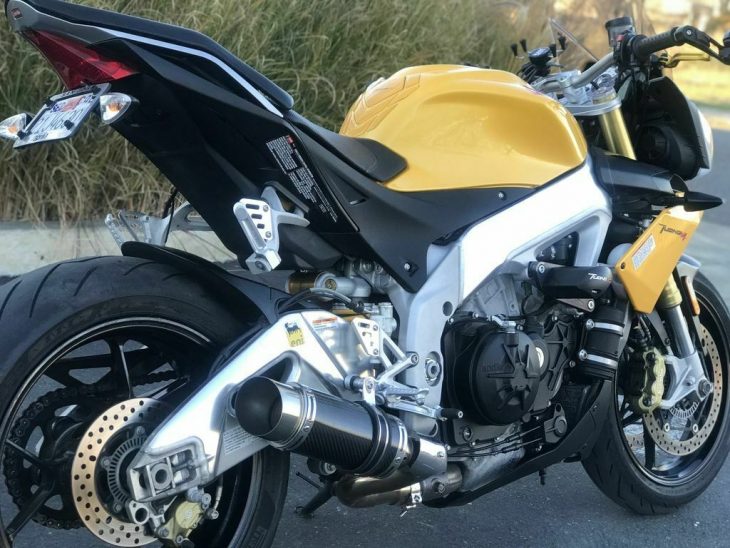 Aprilia’s game-changing V4 has a 65-degree splay, with the four pack of Dell’Orto throttle bodies which adjust length dynamically.  Four cams and four valves per cylinder are at the top of the 167 hp lump, which has been optimized for torque on the Tuono.  The alloy chassis takes advantage of the V-4’s naturally skinny width, and sports a little more wheelbase, rake and trail than the RSV4 Superbike.  That extra stability is complimented by the 43mm adjustable Sachs forks and piggyback reservoir monoshock.  A full suite of electronics helps keep the shiny side up, with three throttle maps plus selectable traction / wheelie / launch control.  The factory quick-shifter and slipper clutch are a bit more analogue. 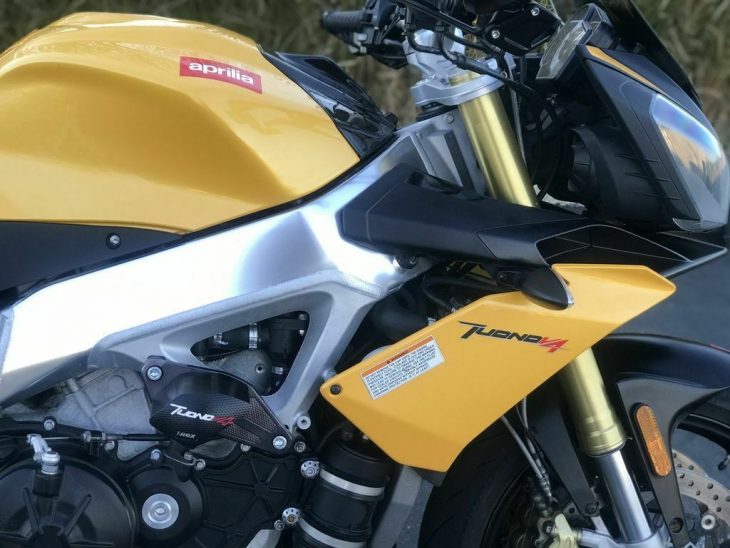 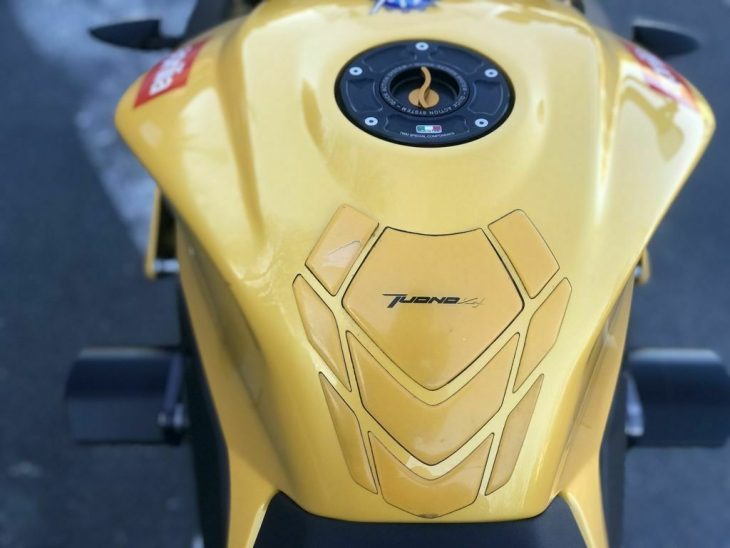 Though no history is offered, this Tuono looks excellent for its 15,432 miles.  A few mods are shown, with shorty exhaust and levers, extended windscreen, tail tidy, bar end mirrors, and T-Rex frame sliders.  The listing states that the bike is on display at their Sonoma County location, so might be worth a call before pushing any buttons.  Some warranty time might be desirable with all those electronics and it would be something to ask about.  Some Aprilia marketing info from the eBay auction:

The performance and features of a superbike, the agility of a naked and the legacy of an innovative concept born in 2002 with the Tuono 1000 R – a bike that earned both critical acclaim and sales success – but with an extraordinary ace up its sleeve: the performance of a 65° V4 engine and the most advanced electronics available in a motorcycle today.

Like the original Tuono, the V4 is also immediately recognizable with its triple headlight fixed top fairing, the distinguishing trait of a bike which, like its twin cylinder predecessor, has the body and soul of its WSBK homologated sibling, but now – as well as having two world championships (the 2010 constructors’ and riders’ titles) under its belt – features two more cylinders and 41 horsepower more than before, while weighing over 22 pounds less. These astonishing figures are a testimony to the technological evolution that made this exciting model a reality. The bike is available in two colours: competition black, sunlit yellow. 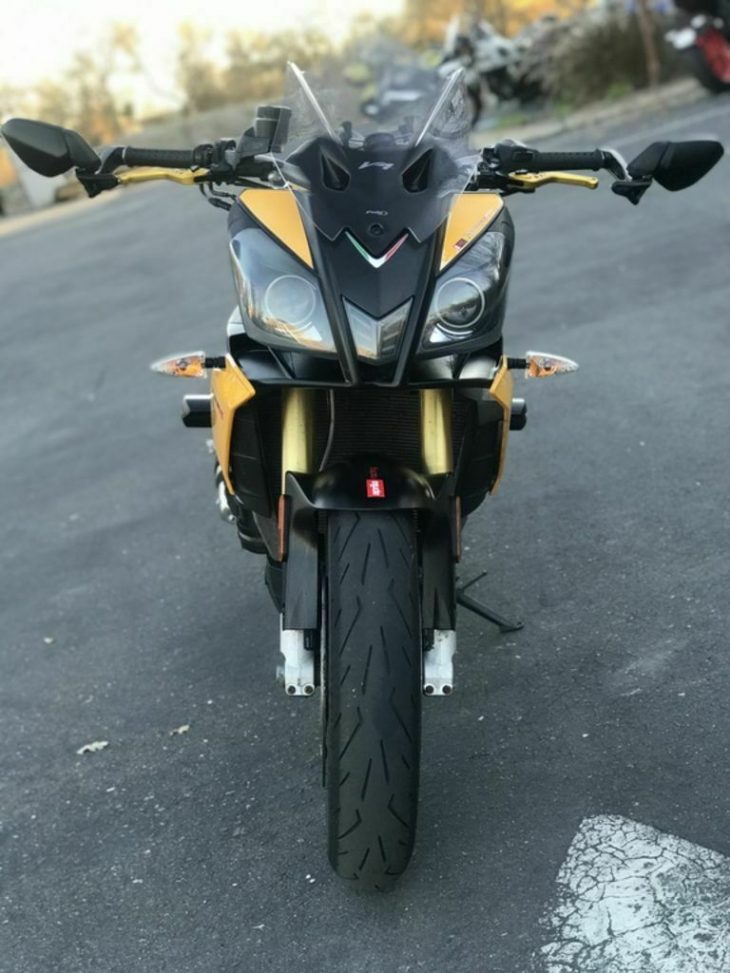 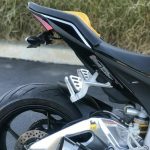 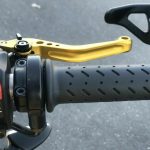 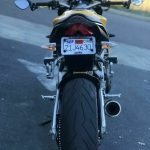 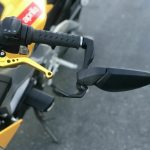 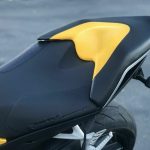 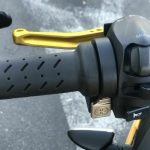 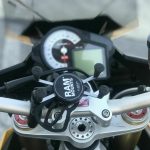 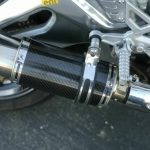 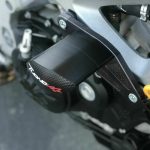 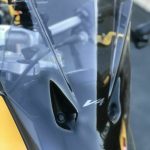 Though the V4R’s appetite for straightaways might be insatiable, the thin and light package will make short work of the technical stuff, too.  The ask is a little more than half of the MSRP, seeming like a pretty good buy for the top of the line, and it’ll be a while before you see yourself going by.  Depending on how the APRC is set up, 4.5 gallons of dino juice might last all morning. 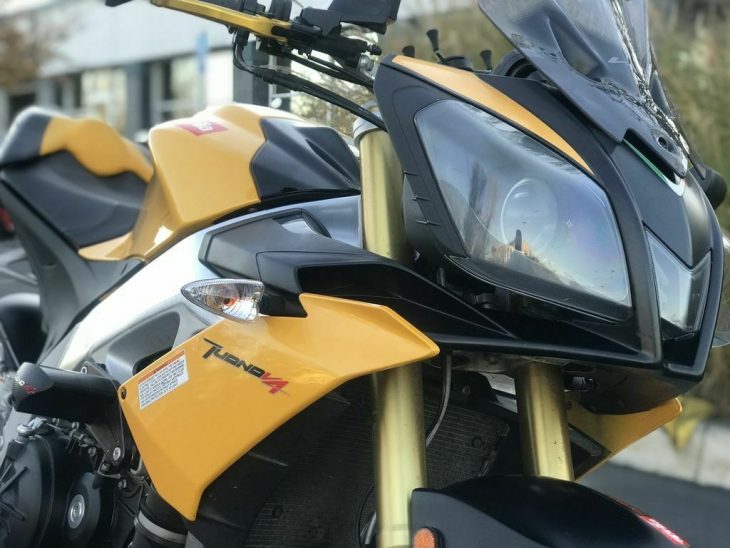