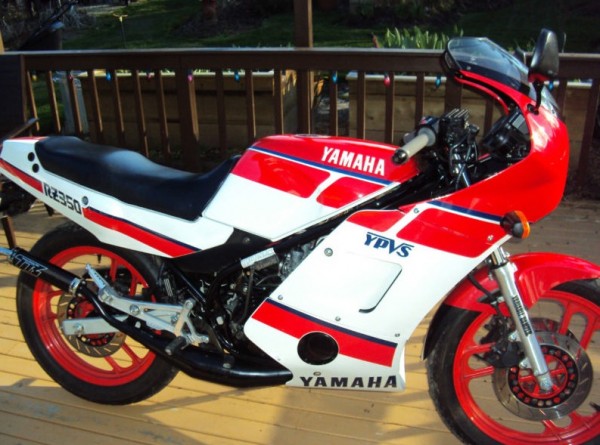 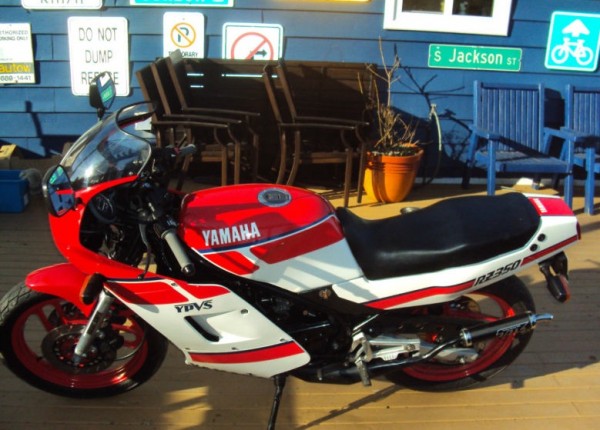 The Yamaha RZ350 came to U.S. shores for a short time as a rare two stroke street bike you could legally buy in the U.S. It was the Kenny Roberts edition in tribute to one of the greatest American motorcycle racers of all time. However, in the rest of the world (even Canada) you could buy these for years. It’s not a KR edition but still a killer bike.

1986 Yamaha RZ 350 Canadian Version. Clear title. Mint condition one of the cleanest and nicest ones you will find. Toomey pipes, Toomey air filter, Boysen reeds everything else stock and unmolested!

Runs fantastic, Selling because my M/C collecting days are over. Bike comes with another set of expansion chambers Factory Pipe Products,K&N filters,extra belly pan. There are a few other small parts also. 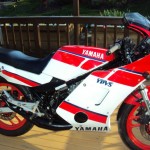 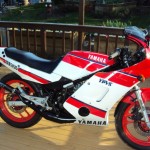 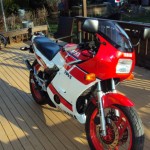 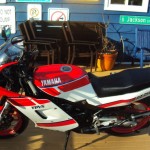 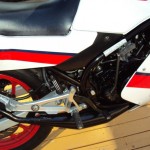 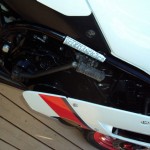 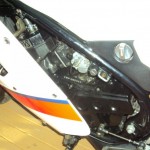 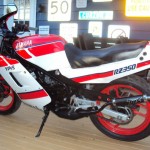 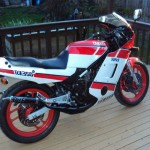 This bike looks very clean and has upgraded pipes, which is a nice bonus. There are also a few extra parts that go with it, also a bonus. The seller reports that the bike runs well and has been part of a collection. Apparently for the seller the time for collecting has passed but that means your time could be starting.

The RZ 350 is a popular bike and for good reason. You get two stroke power and fun in a good looking, classic sportbike. If you’ve always wanted one, go check the auction and place your bid!