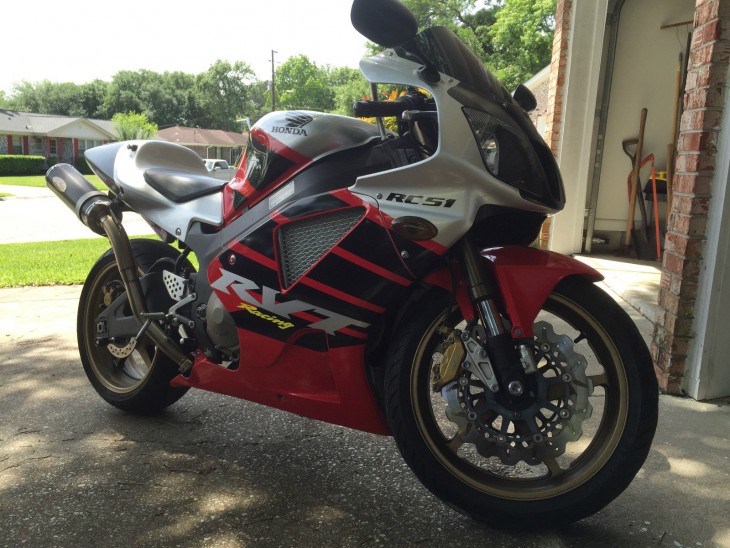 The 90s were a tough time for Honda on the racetrack.  World Superbike regulations allowed v-twins a displacement increase up to 999cc to make up for the horsepower “advantage” that the four cylinder motorcycles had.  The Ducati 916 used this to thoroughly dominate WSBK to the tune of five championships in just six years.  Unable to remain competitive with V-four platform that saw so much success in the RC30 and RC45, Honda decided to level the playing field with their own V-twin and the results were impressive.  Colin Edwards would win two WSBK Championships in three years on board the RC-51.  The SP2 had several improvements over the SP1 that resulted in less weight, more horsepower, thicker brake rotors, better suspension and a slightly longer swingarm that made the SP2 a great handling motorcycle. 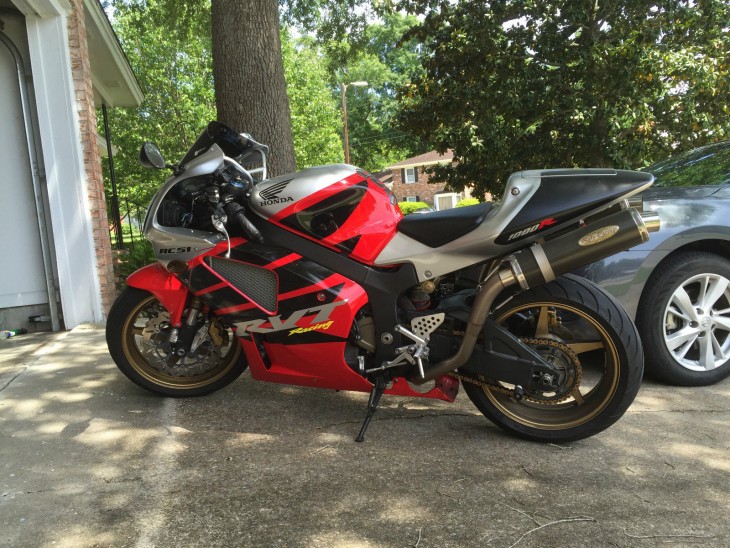 This SP2 has a few very nice and very expensive mods, but also includes a number of stock parts should originality be your game.  You can read the description in the auction here: 2002 Honda RC-51 SP2 on eBay

19,250 miles.  I am the second owner.  I always use Rotella T6 at oil changes. Stock air filters, Flapper deleted.  Did not do the soft rev mod.  PC3R. Crankcase vented to exhaust. One fan deleted.  Galfer Front wave rotors and Galfer pads.  Zero Gravity double bubble windscreen.  Michelin Pilot Road 2s.  Scorpion alarm, and… Sato Racing Banzai mount carbon fiber slip-ons.  If you know RC51s, then you know Sato Racing made the best exhaust for this bike. Period. Hands down. Also, you know what they are worth now, and that they aren’t in production anymore.  Also included, front and rear pit-bull stands, battery tender, and the stock cans. 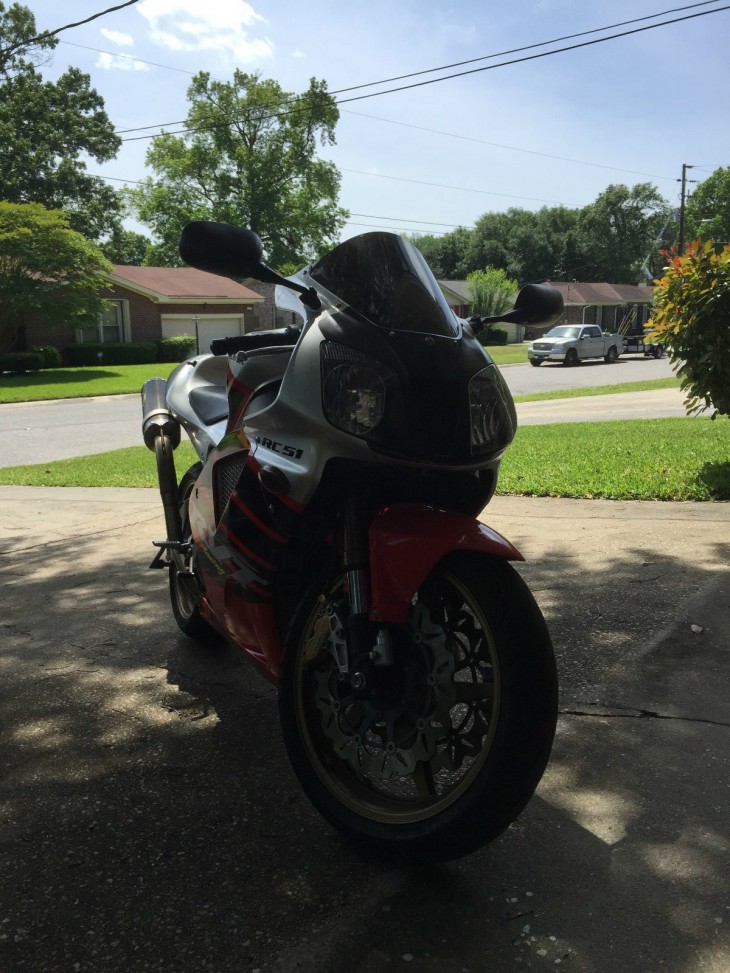 While it may not have the raw sex appeal of Ducati’s 916, there is still a great looking motorcycle that gets even better looking when you understand just how good it is.  It’s still racy, it’s still aggressive, but you can also live with it on a daily basis as it retains all of the bulletproof reliability that Hondas are renowned for.  The RC-51s have a dedicated following which you can see by the number of eBay watchers any time one comes up for sale.  The resale prices have remained high which proves that this motorcycle has all of the makings of a future classic.