Located in Belgium, today’s find is the second of the MV Agusta Senna tribute bikes (the first being based on the original 750cc F4). The first thing to know about Senna tribute models is that part of the original proceeds went to Senna’s favorite charity – caring for needy children in his home country of Brazil. The second thing to know is that these are reasonably rare; each of the MV Agusta Senna tribute models are serialized and limited to only 300 units world wide. This particular example currently calls Belgium home. 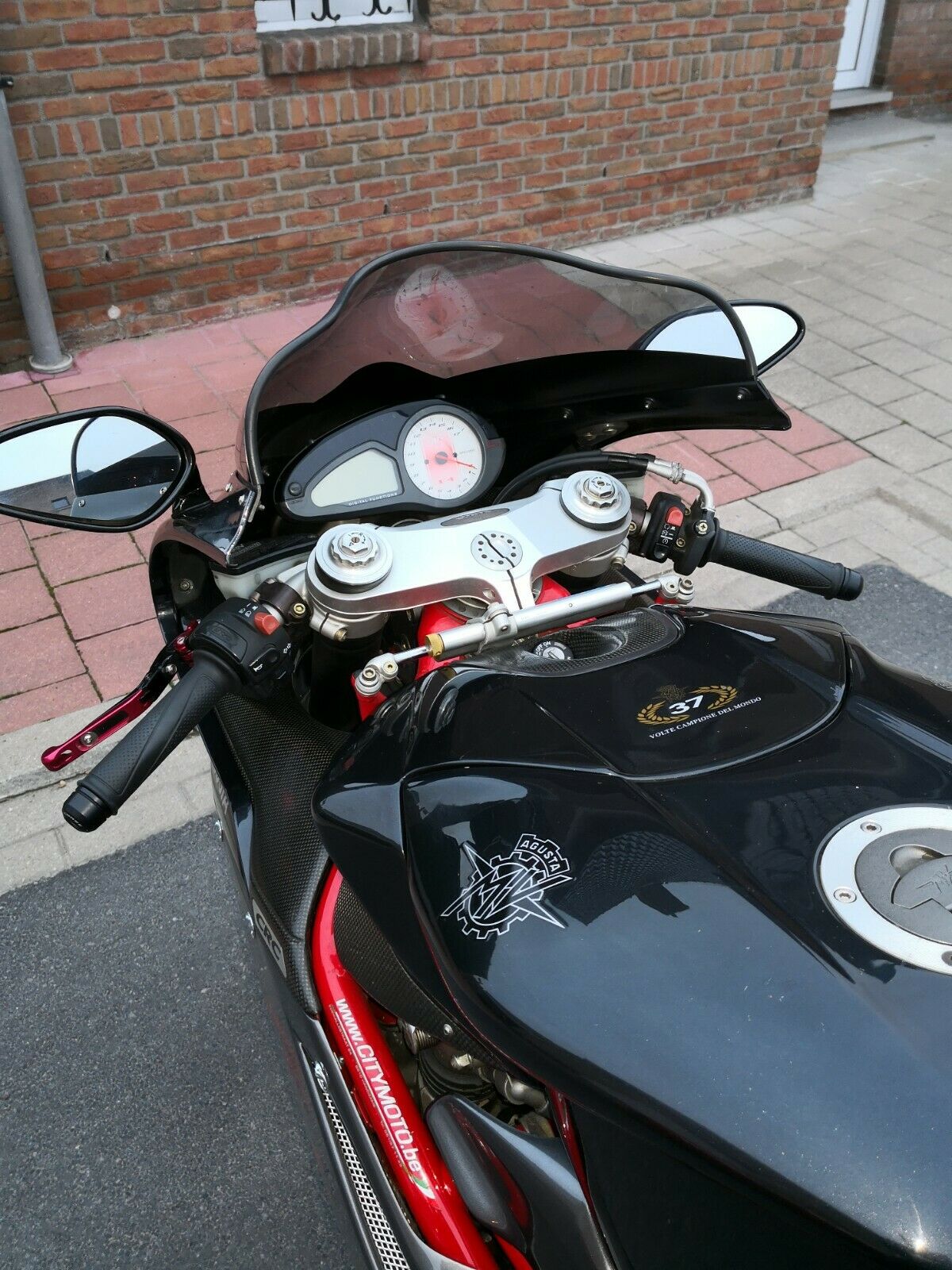 The basis of the Senna edition was the very capable F4 1000 R model. Well known for the radial valve technology (a development from the Ferrari Formula 1 technical team) and variable length intake runners, the 998cc engine was good for 174 HP. Stylistically, the 1000cc edition followed with the same livery as the earlier 750 Senna machine, with subtle differences in accent color. The wheels, for example, were special Marchesini units in silver – rather than the red star pattern offered on the 750. Front brakes were exclusive to the model; calipers were Brembo Racing “Serie Oro” gold four piston radial units. Other minor cosmetic changes included the front forks (black titanium nitride coated), and a special seat was fitted. The Senna could be considered a R+ model with star power. From the seller:
Very special engine (limited serie 300 pieces)Has traces of use that you can expect from a second-hand.But in very nice condition

(Translated via Google)
Am the first owner
I added a lot of options.
RG3 Exhaust, Titanium Collector and Custom Ignition Board
MV Agusta Veltro footrest and selectors (only 99 pieces manufactured)
Color wheels Champange (Marchesini)
Dark windshield
Xenon headlight (all)
Integrated indicators on the back
A duo seat, but always the mono and seated frame (see photo) in reserve.
Foldable Handles
Metal fans
I still spared it, brake levers, etc., are included
a lot of carbon
The engine is 43,000 km long and has always been done by an authorized dealer. The bit that should jump out at you here is that this special edition, collectible model MV Agusta has been used. A lot. 43,000 KM equates to nearly 27,000 miles. Bravo to the seller for enjoying such a magnificent motorcycle! This must surely be the highest mileage Senna edition we have seen on these pages. And yet the bike shows well. There does appear to be some hazing or spiderweb cracking in places on the bodywork (i.e. where the kickstand tucks in), but overall you would be hard pressed to guess at the number of miles this bike has traveled based on first look. It is also a testament to MG Agusta and modern engineering & manufacturing practices – while a hyper superbike, these remain resilient and reliable rides. 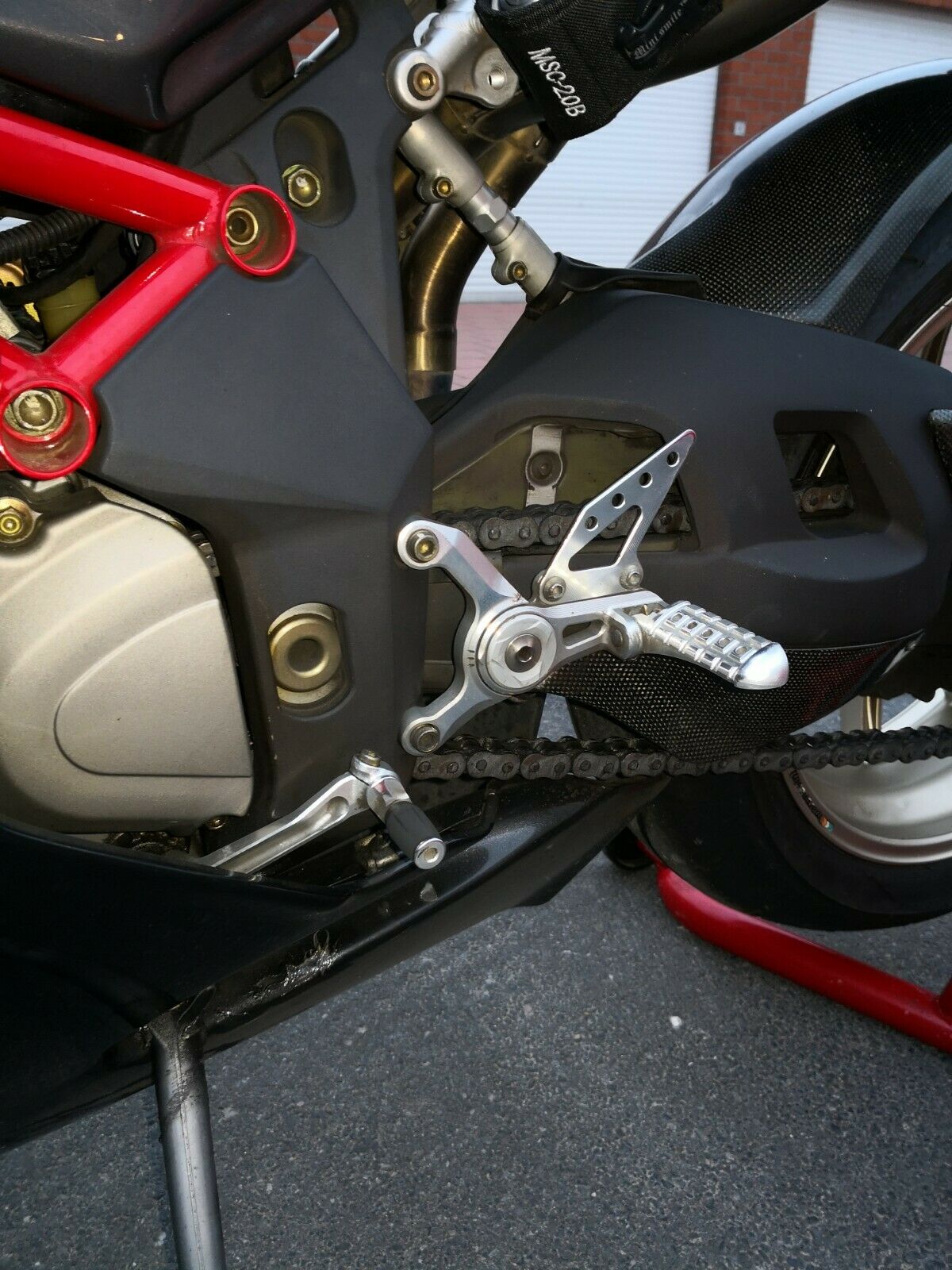 Price wise, the Senna model has held up pretty well over the years. We have seen some wild swings in asking price depending upon condition and mileage, including a nearly never been run example offered at $29k. More reasonable examples have been trading in the $15-18k range as of late, with exceptional specimens a bit higher. This one is being offered for $15,000, with the seller open to other offers. Look through the pictures, and then check out all of the details here. This might be a great find for RSBFS readers on the continent. Good Luck!! 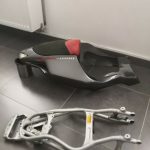 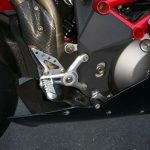 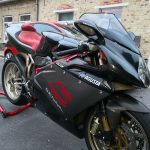