Recalling the 1938 Triumph Speed Twin, the Speed Triple was introduced in 1994 and is still in the line-up.  The 1050cc triple was part of a 2005 redesign that included electronic fuel injection, inverted forks, and radially-mounted brake calipers.  A nice-handling streetfighter, the Speed Triple was Cycle World’s best Standard bike in their 2006 Ten Best issue. 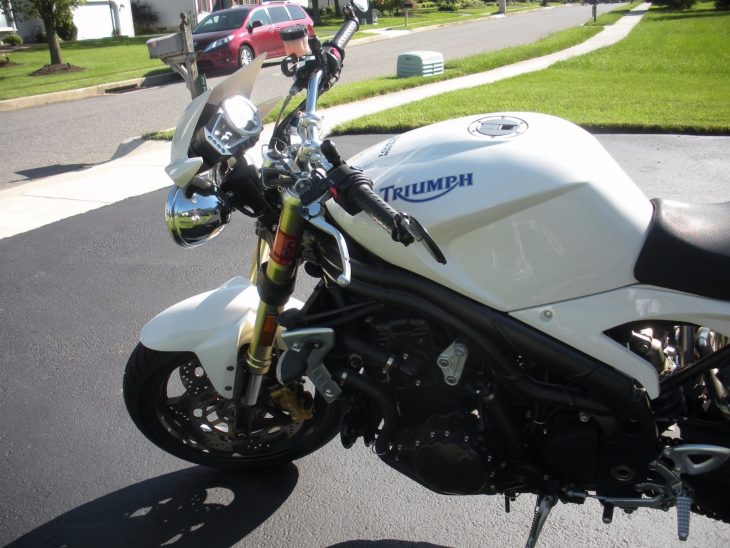 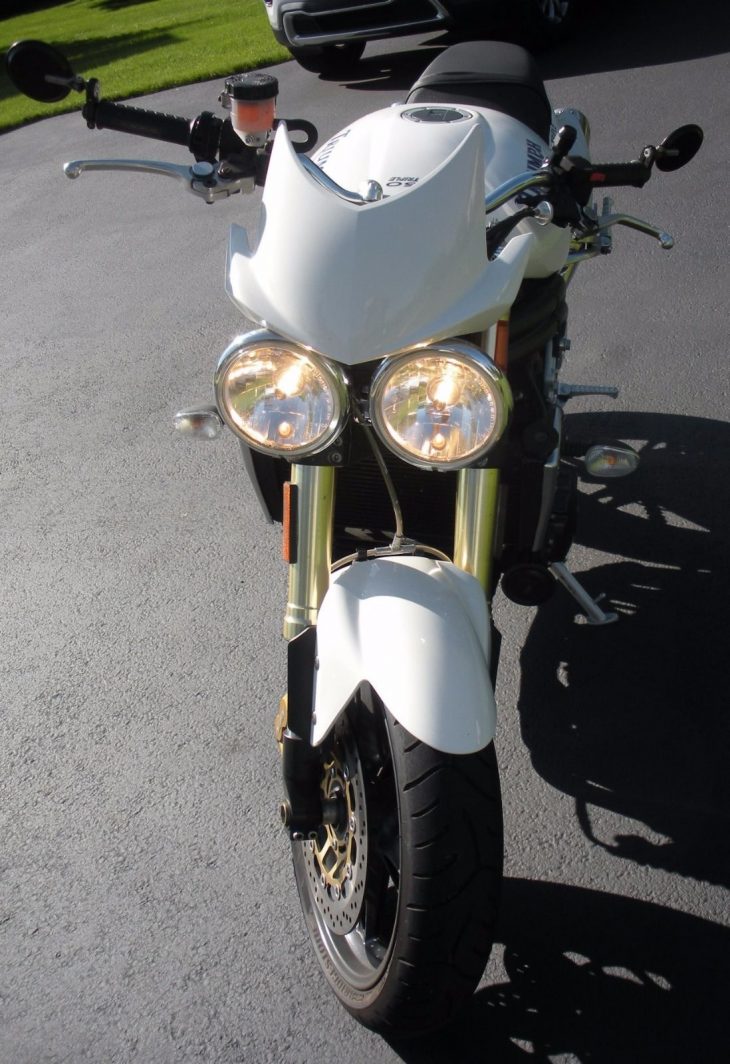 Updating a cornerstone in their dealerships’ showroom, Triumph enlisted designer Frascoli Rodolfo, but stipulated an evolutionary rather than revolutionary update.  The 1050cc engine has four valves per cylinder and brings home 131 hp, with a wider torque band than the similar engine used in the Sprint model.  Exposed radiator and oil cooler ( and plumbing ) are part of the streetfighter aesthetic.  3-1-2 exhaust has a catalyst in the collector, but the system still looks sporty.  The twin-tube alloy  frame maintains the looks from previous years, but has triple-adjustable 45mm forks and monoshock fitted.  Brembo brakes were part of the update, 320mm fronts with 4 piston calipers, and 220mm rear. Evidently garaged within an easy commute to Philly, this Speed Triple looks excellent for its 8,000 miles.  Rare white color and no apparent damage, with new battery and tires is a recipe for success.  From the eBay auction: 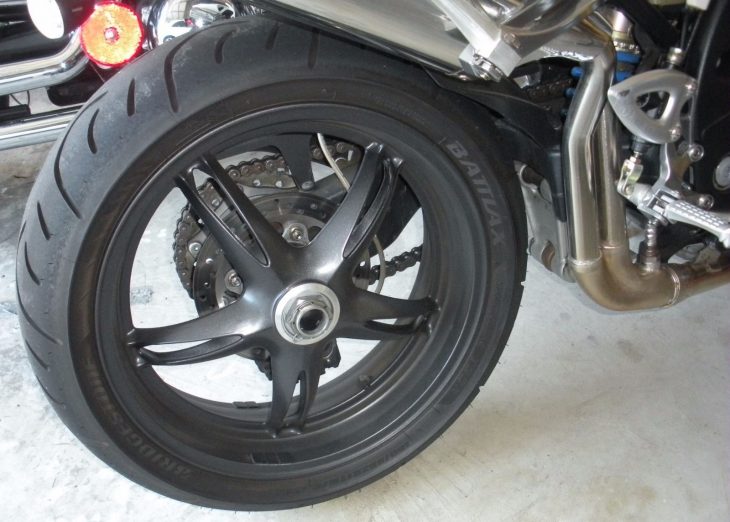 Capable of 150 mph if you can hang on, but also commutable, flexibility is the reason streetfighters are everywhere.  Triumph has more recently introduced a Street Triple with 675cc engine and less hooligan air.  But even if you wring it out only occasionally, those 1050 cc’s are nice to have around.  This example is in nice shape, and better yet garaged and maintained…