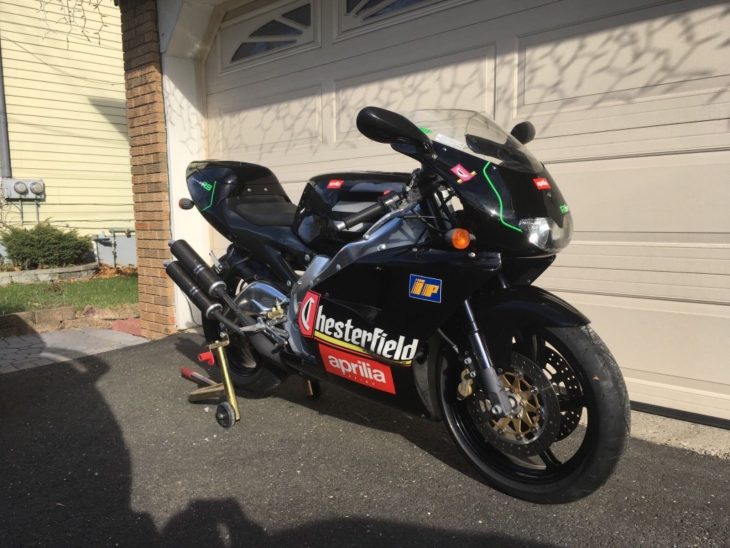 Things were coming up Max Biaggi in 1996, as the Roman was in the middle of a string of three 250cc Grand Prix world titles and his storied rivalry with Valentino Rossi was still nearly half a decade in the future. The Italian claimed his trophies aboard Aprilia’s fantastic RS250GP, so the factory threw some special paint at a handful of the road-going bikes to celebrate. 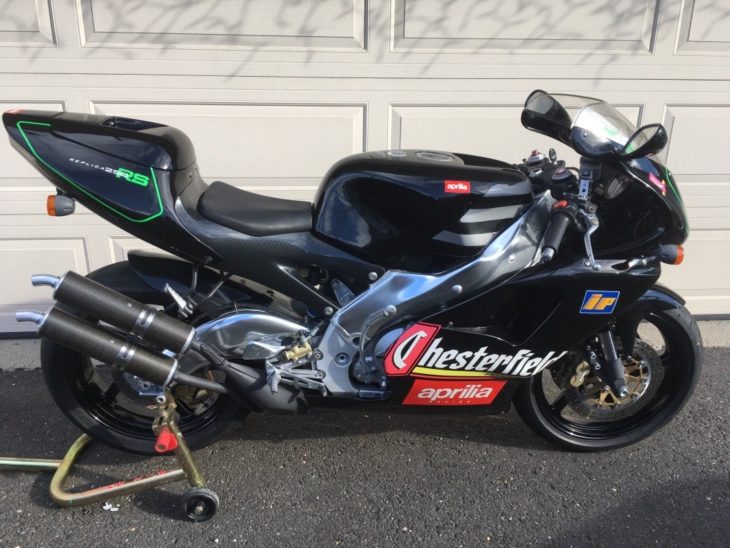 The bike’s Philip Morris paint scheme wouldn’t pass muster with today’s post-tobacco lawsuit advertising rules, making this 1996 Aprilia RS250 a slightly more interesting piece of racing lore. It’s pretty clean and sorted, with just a little decal deterioration on the tank by the right clipon. It has covered fewer than 5,000 kilometers and has undergone a recent basic tuneup. 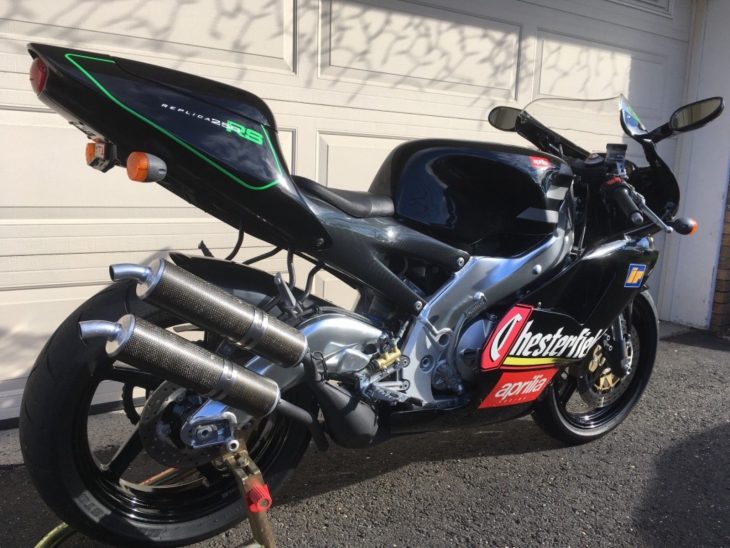 Up for grabs is this beautiful, all original and mint condition 1996 Aprilia RS250 Chesterfield Max Biaggi scheme. This bike is currently titled, insured and registered in New Jersey. I acquired this awesome machine not too long ago from another collector that had too many toys but not enough time to enjoy them. i did went over the bike and performed maintenance such as new plugs, coolant flush, brake system bleed, gear oil flush and carb cleaning. all fluids were replaced with motul products. here is your chance to own a very clean and hard to come by chesterfield rs250. please message me if you have any questions and i will do my best to answer them. Thanks for looking. The bike is listed at $9,500, which is almost $2,000 over the very sorted RS we featured back in September. The cool paint job is a nice touch, so it will be interesting to see what this bike ultimately moves for. 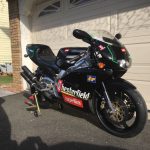 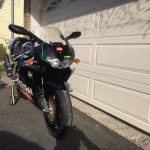 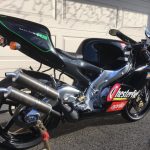 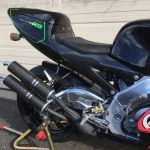 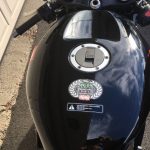 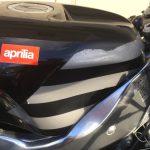 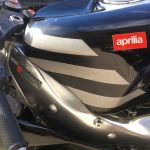 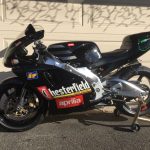 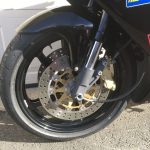 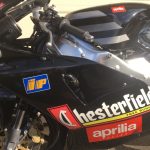 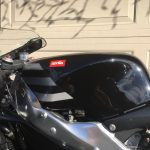 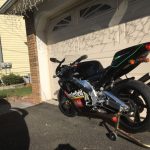 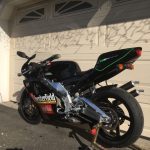 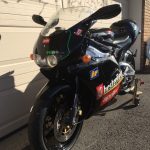