Rickman-framed cafe racers have had a steady if not frequent presence on RSBFS, but mostly using Honda CB750 and Kawasaki Z-1 drivetrains.  Just before, they had produced but a few dozen Triumph powered CR’s.  This diamond in the rough has been in storage since just 3,000 miles, and is ready for a makeover. 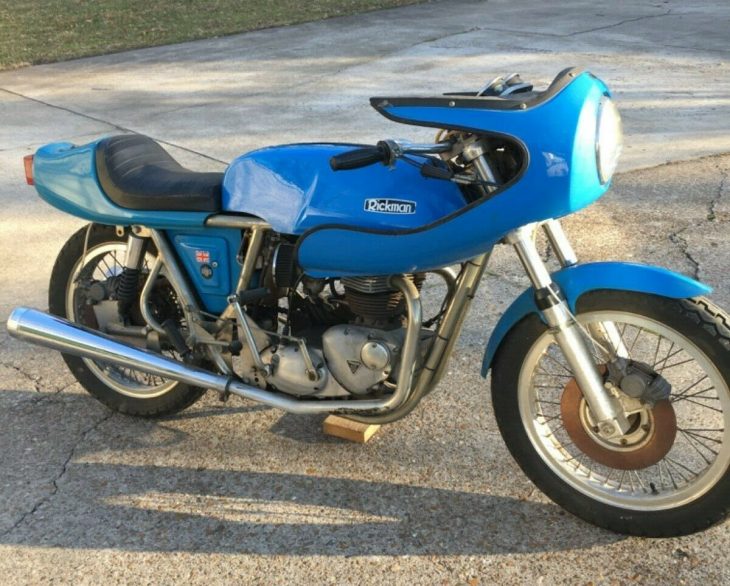 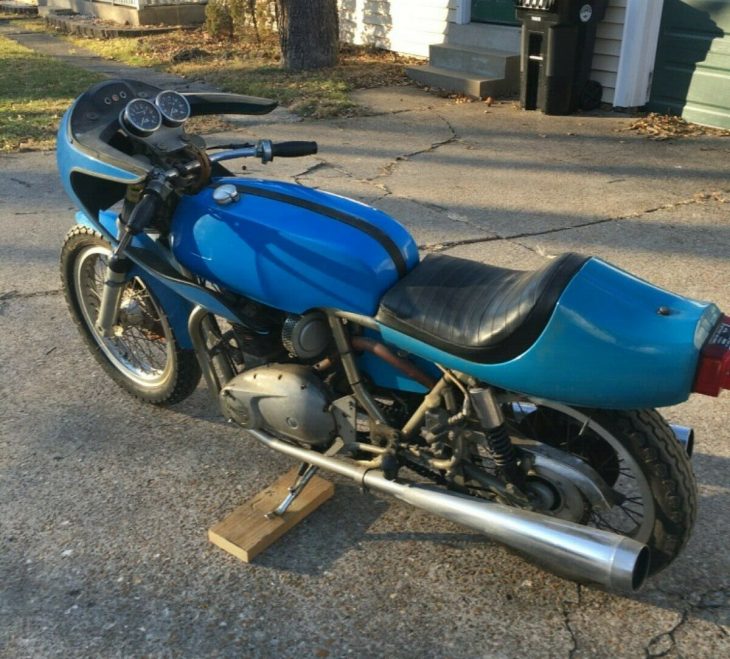 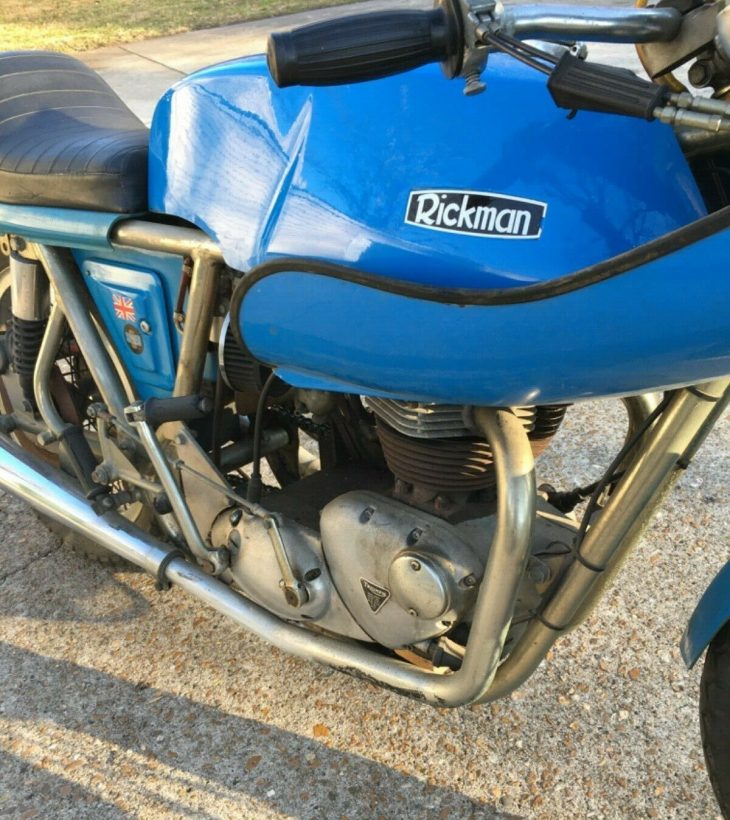 Derek and Don Rickman made their name designing and fabricating beautiful and world-beating frames for the scramblers they loved, the lightweight and nickel-plated chromoly tubing being a usable showpiece.  They turned their attention toward the street starting in 1970, and provided the recently nationalized BSA-Triumph a market for their T120 twin of 46hp.  The twin carbs and factory 5-speed were good news, and Rickman added alloy rims and disk brakes, as well as large-diameter forks.  Careful fabrication was Rickman’s calling card, with lovely fiberglass work augmenting the frame. 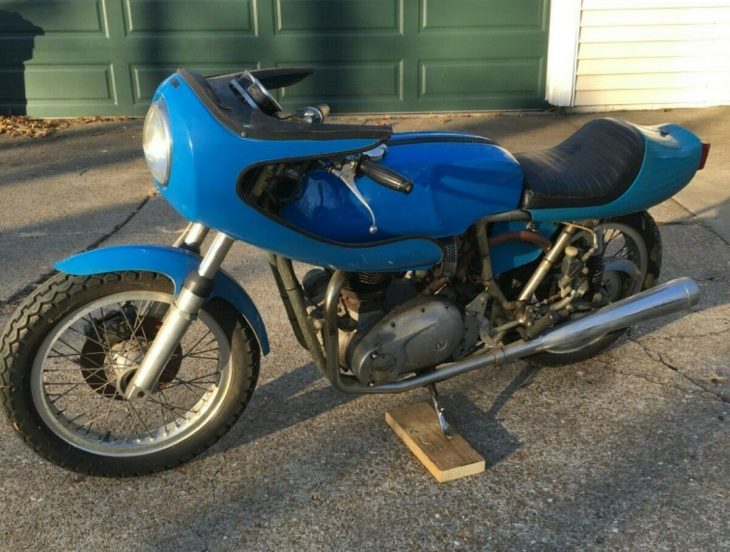 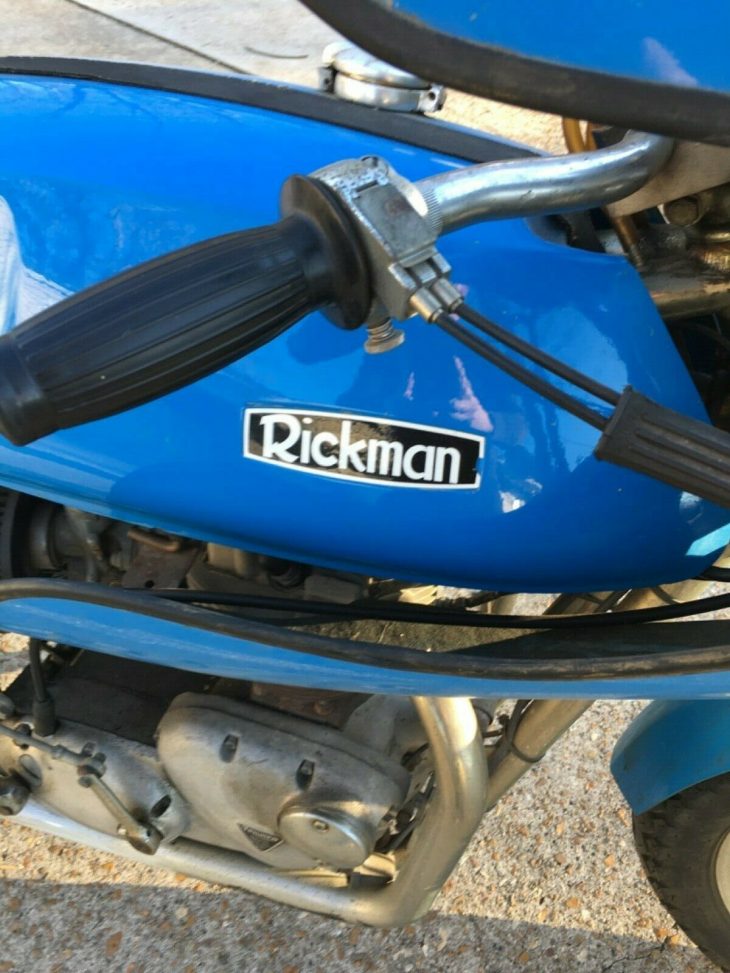 Undeniably tired and ready for the next chapter, this CR appears substantially complete.  The pittance of miles will have to be swept away in a flurry of renovation, but the new owner will have a beautiful rarity when complete.  A thoughtful test rider or British specialist will be required with the right-side shifter, left foot brake.  Comments from the eBay auction: 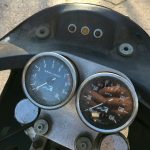 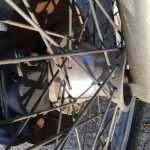 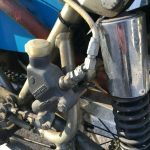 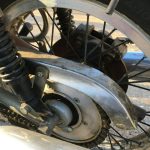 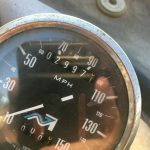 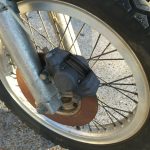 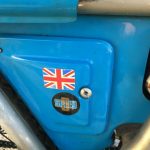 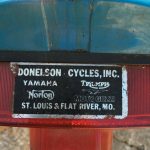 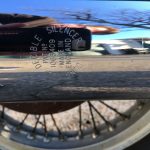 Rickman won the Queen’s Award to Industry for their exports in 1974, but had to change horses when Norton-Villiers-Triumph could not resolve their labor troubles and were forced into liquidation.  Before that the Bonnies had been a big success so basic mechanical parts for this CR should be easy to source.  With its long lost history it’s a soup-to-nuts project, but a worthwhile endeavor in this complete and seemingly undamaged example. 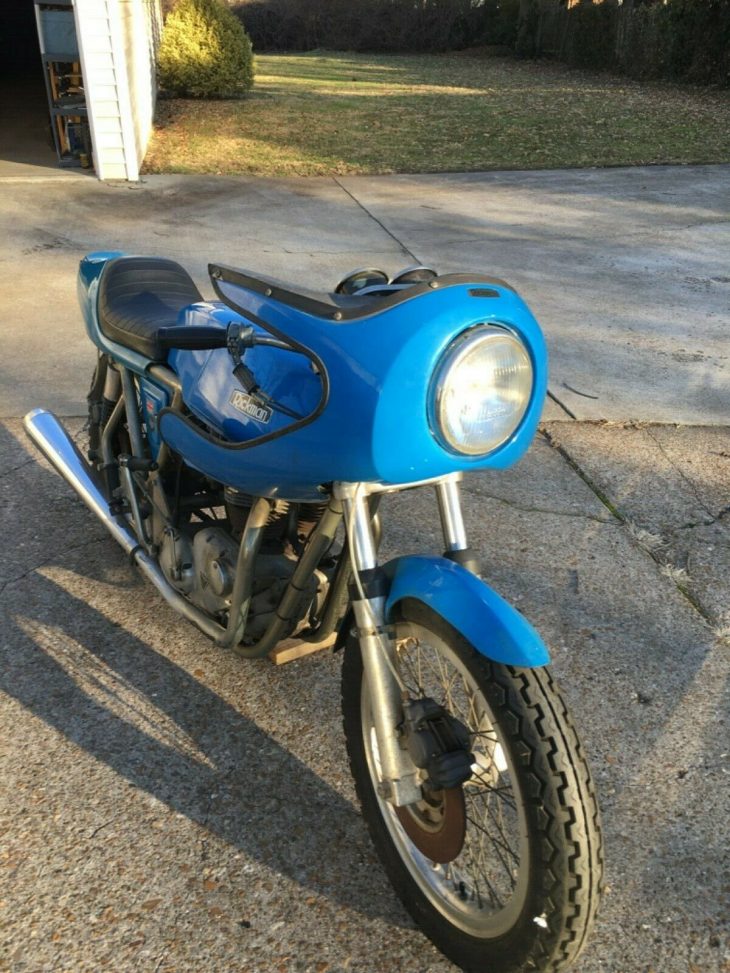