The owner of this 2006 Daytona bought it as a long-term leftover in 2014, from the unlikely sportbike haven of Denmark.  Since then his travel schedule has only allowed 2,510 miles, presenting the auction winner with a virtually new Triumph liter bike.  2006 was the last model year for the 955i, and it has some nice upgrades from earlier Daytonas. 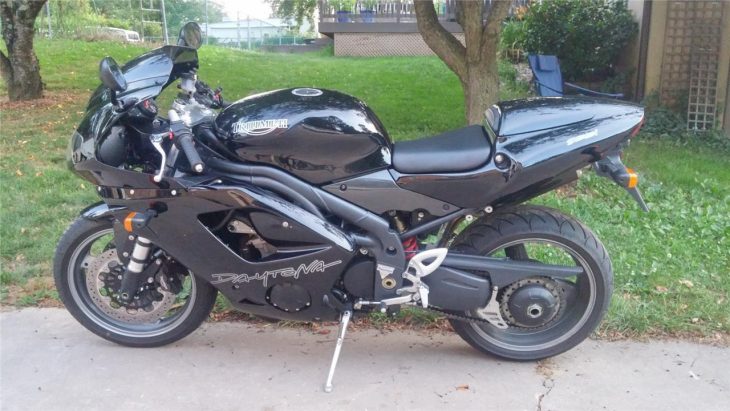 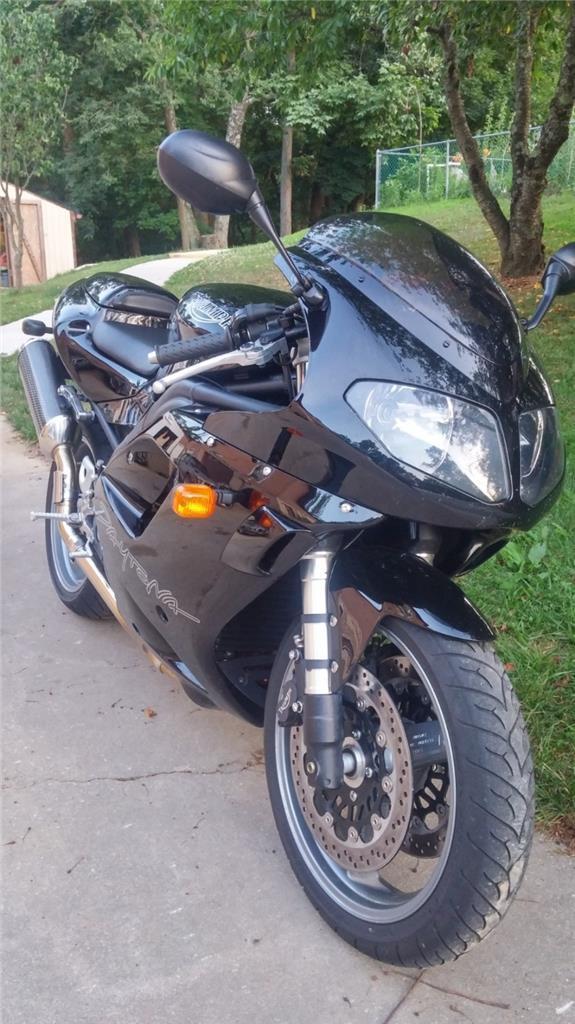 An assault on the sportbike establishment in 1997, the later Daytona was a more mature GT, the fuel injected triple good for 149 hp.  The double-tube cradle frame is now black, but the same aluminum alloy.  Extra-large 45mm forks and 320mm brakes are Triumph’s own design, and 2003 saw a return to the single-sided swingarm.  A nice re-design of the fairing and headlight was done in 2005, and black was introduced as a color choice. 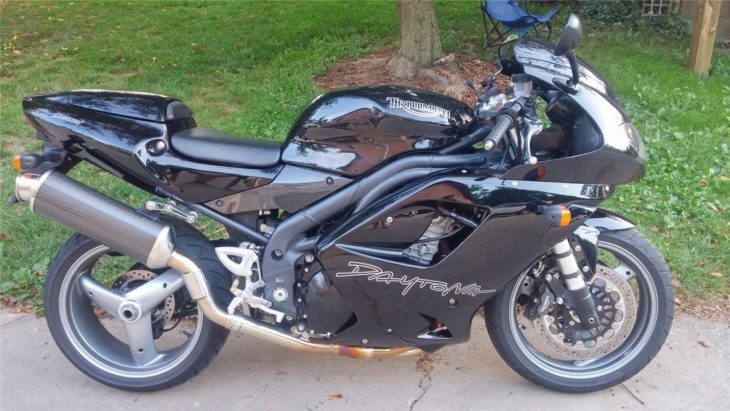 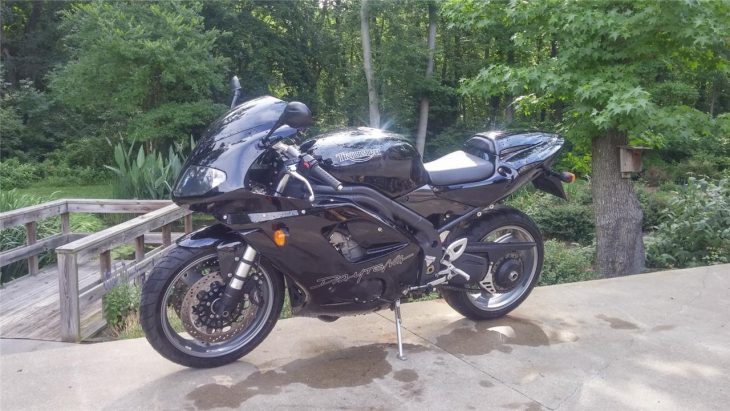 Currently residing in Delaware, this Daytona had a bath for the occasion and looks excellent.  A carbon and polished exhaust has been added, but not much else in the way of personalization.  From the eBay auction:

Bike has straight papers, currently registered in Delaware.  Numbers are straight.  Bike had zero miles when I got it in 2014.  Only have 2510 miles ridden since and clearly looks the part.
Bike was manufactured at the end of the production run in 2006.  Has the gorgeous split headlamp, the preferable single sided swingarm and a number of other improvements made over the earlier years of the models.
Bike has the beautiful carbon factory high level exhaust which sounds heavenly.  Also has a rear seat cowl and a passenger seat as well.
Condition is 99% perfect.  Almost no flaws to speak of.  The clear coat on the carbon infills could be redone.
I installed a cell phone holder that holds my phone very well, that’s included.
The legendary Triumph triple is a blast to ride and an absolutely unique machine. Revitalized by John Bloor, Triumph proved itself a sportbike force with the Daytona.  It offered a different perspective for riders reacting to the vanill-ish offerings from the big four, and bonus points if one felt buying European was important.  The company soon made the 955i redundant to focus on the middleweight market, so the 2006 is the end of an era.  This example has spanned the globe to bring the new owner a smashing experience… 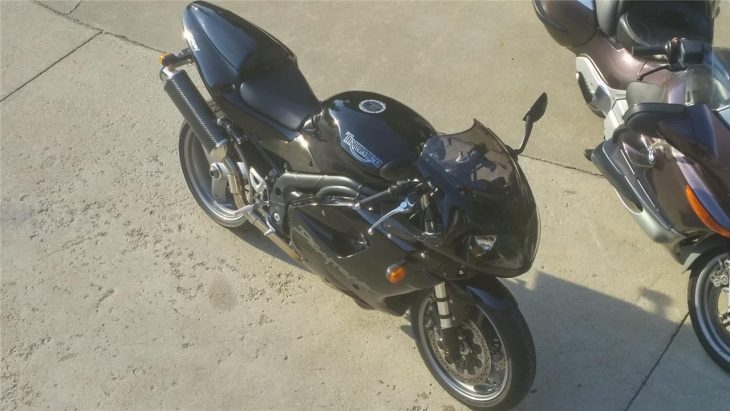