It may be just after Christmas but this would still make a cool gift for someone who has a “rabid race kid” in the family. 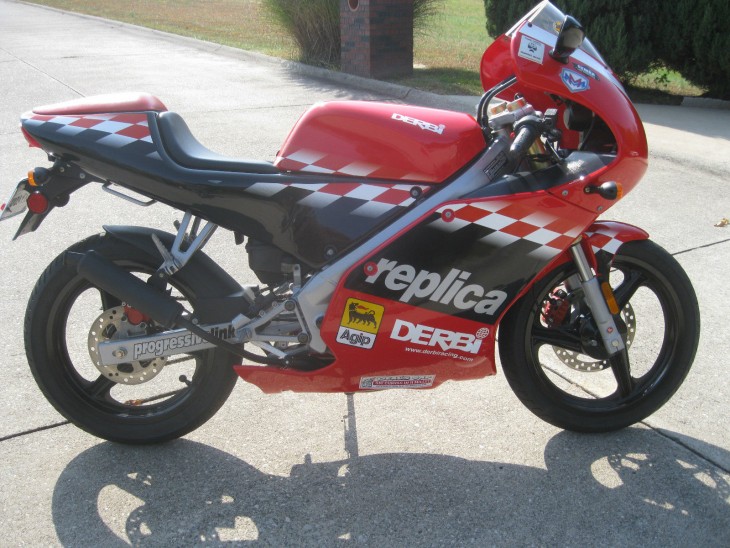 The Derbi GPR50 was a joint effort between Cagiva and Derbi that mated an excellent cagiva designed frame with a really good 50cc engine from Derbi.  The two stroke engine was a super slick water cooled six-speed little gem. It may have only put out 9 horsepower but produced a top speed of around 70 mph when new. Handling was excellent due to GPR 50’s low weight (about 98 kils/218 pounds) combined with the cagiva designed frame, upside down forks and a good rear shock.

The GPR even comes with a cool storage unit where the gas tank initially appears to be that can hold a full sized helmet (see video link below), which means young squids can assure mom they won’t forget their helment   Of course the fact that it looks like something a young Valentino Rossi would have owned/is waay sexier than your average scooter is a plus too.

A review of the GPR50 can be seen in the video posted below or via the link here.

The condition of the bike looks to be excellent, with no damage visible or evidence of being down or abused.

Gotta love the big tach as the center dial and the deals gap decal on the lower fairing, sign of someone who enjoys going though the twistys – Marty 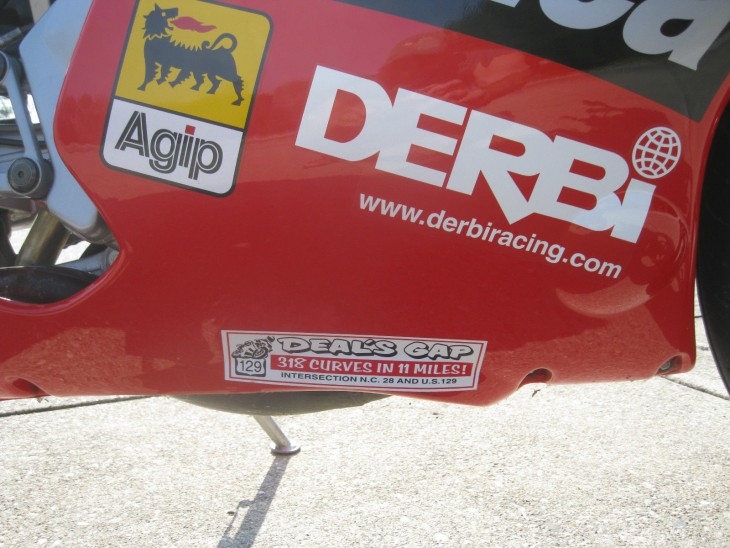 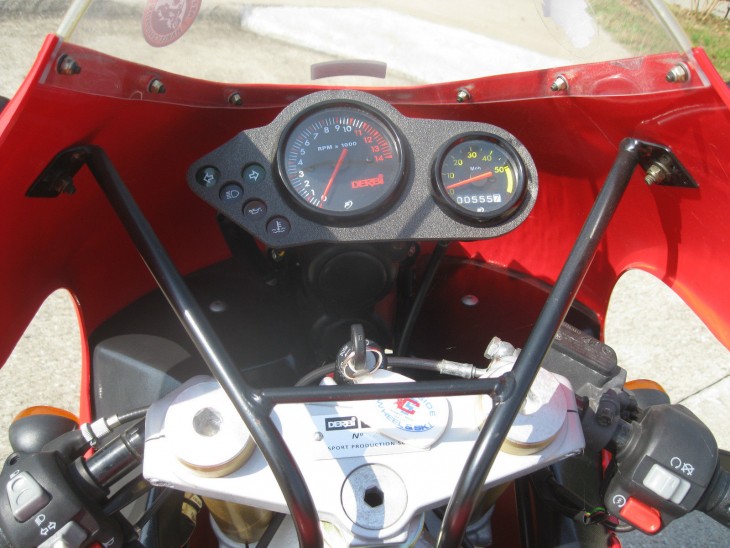 Is this little repli racer/scooter alternative worth the opening bid price of $1,300 USD?   I definitely think so – the last one of these we had on RSBFS had an opening bid of $2,500 USD. Sure it wont be as much fun to ride as the Derbi 125’s we see occasionally but it would still be a cool addition to any collection (although it probably won’t appreciate much in value).  And  if it was given as a late Christmas present to someone it would certainly cement the givers reputation as “the cool parent/uncle/other relative”.