A request from a reader, Ozzie, to locate a NC30 generated this find on the Reno Craigslist.  Located in Sparks, Nevada (Just north of Reno) is a 1990 Honda VFR400 NC30.  Currently registered and titled in Nevada, this Japan market bike looks quite good but carries some rash and “runs hot” at stoplights.  This could be quite an issue if it isn’t as simple as the need for a new thermostat that the seller is claiming.  One question to ask yourself is, if the problem is so easy to fix, why hasn’t the seller done it before bringing it to market?  If indeed the thermostat is to blame, it would be an easy fix to be a genuinely nice, gray-market bike.  The ad doesn’t list mileage but mentions new front pads and fork seals, unrestricted black box, ceramic coated OX headers, carbon can, new rear sprocket and smoked windscreen.  The ad is a little vague, but with something as rare as this, you only need to let people know it’s on the market and they can contact you from there.  If you’re interested, see the Craigslist ad here. 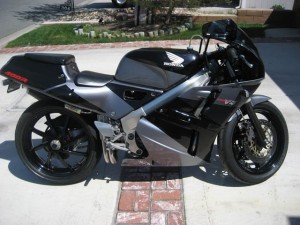 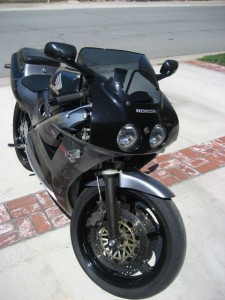 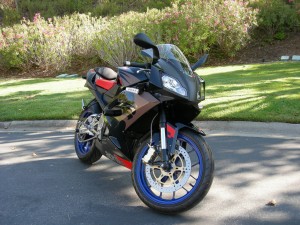 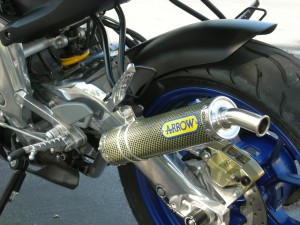 If you feel that nothing is sexier than a Vetter fairing on an older bike, then I have something you may really enjoy: Vetter Mystery Ship No. 7 of 10 is currently available in Iowa.  Vetter fairing’s were a staple bike accessory during the late sixties and into the eighties.  It turns out that Craig Vetter wasn’t happy with just fairings.  In 1980, Mr. Vetter created ten of his own superbikes based on the Kawasaki KZ1000.  The intention was to tie into Vetter’s racing sponsorship and having Dymag magnesium wheels, Yoshimura exhaust, and other goodies it becomes somewhat neat while remaining, unmistakably, late seventies.  This example, No. 7, was originally owned by Malcolm Forbes–a good anorak fact, not necessarily adding to the value.  What would be interesting to know is if the bike is completely original and how many miles it currently has.  Extremely rare and probably carrying a small following, it is difficult to know if the asking price of $24000 is market correct or not.  What is the bike worth?  Whatever a buyer will pay. 24k may sound high, but consider, that there are only ten in the world (with most being in museums); what is it worth to you? See the Craigslist ad here. 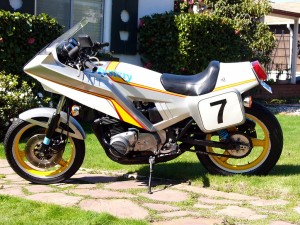 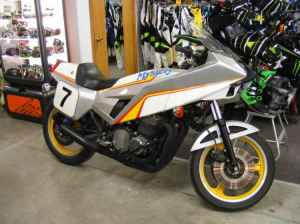 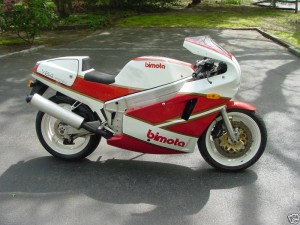 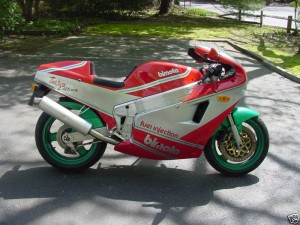 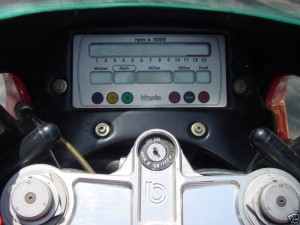 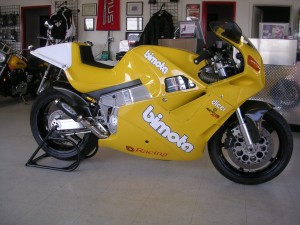 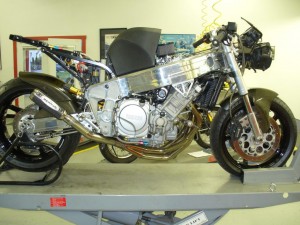 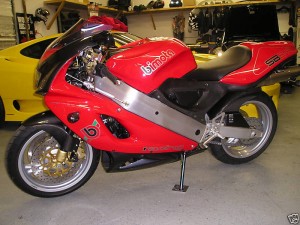 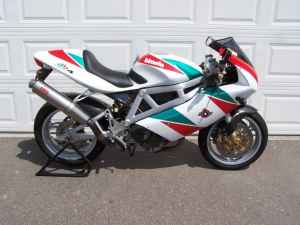 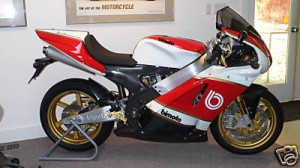 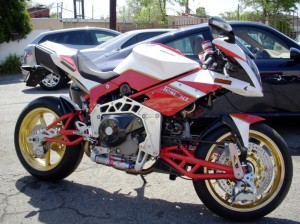 Located in Carmel, California is a seemingly very rare and very original Yamaha FZR750R. The seller claims that only 200 were brought into the U.S. from 1987-88 (I believe they were imported until 89, the last year being the OWO1). The bike only has 5,400 original miles; however, it does have race history. Does race history make a difference on a homologation special? For this particular bike, at this price, I would think not. 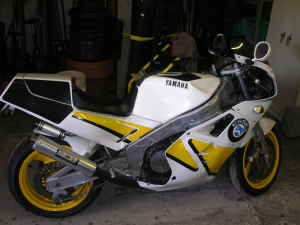 Ask yourself, would you rather have a six year old CBR F4i, or a race-bred homologation special? I know which one I’d have to choose.