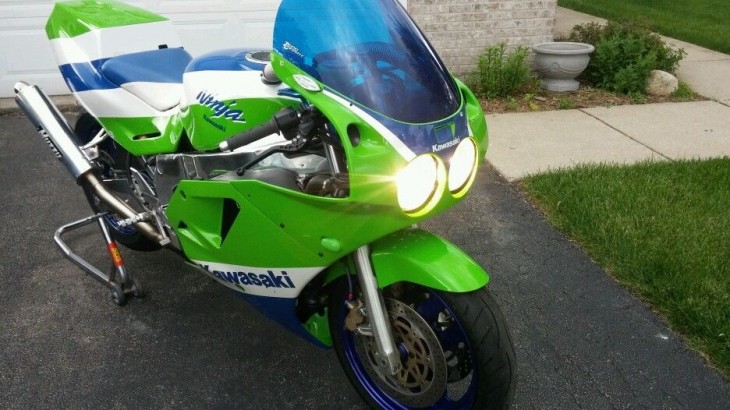 A few posts back, one of our readers asked where the ZX7s were hiding… so here you go!  Most of you will know the history here.  Suzuki knocked the rest of the field on it’s heels with the introduction of their revolutionary GSX-R 750 and it took the others a few years to respond.  Kawasaki answered with the ZX-7 and the fight was on, on both the racetrack and the sales floor.  The 1989 ZX-7 featured a full perimeter aluminum frame, sleek new bodywork, those iconic “tank hoses” and a host of improvements over the outgoing “Ninja-750.”  The ZX-7’s front end would become legendary for it’s stability, making the ZX-7s one of the best handling motorcycles of their era.  It was still behind the GSXR-750 in most categories, but performed admirably on the track.  Just a few years later Scott Russell would score become the first Kawasaki rider to snag a World Superbike Championship in 1993 aboard his Muzzy ZX-7. This ZX-7 has seen some work and has a few tasty period correct modifications.  You can check them out at the eBay listing here: 1989 Kawasaki ZX-7 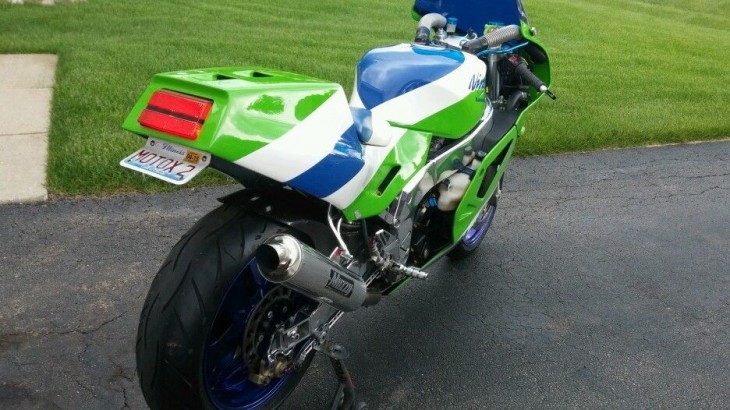