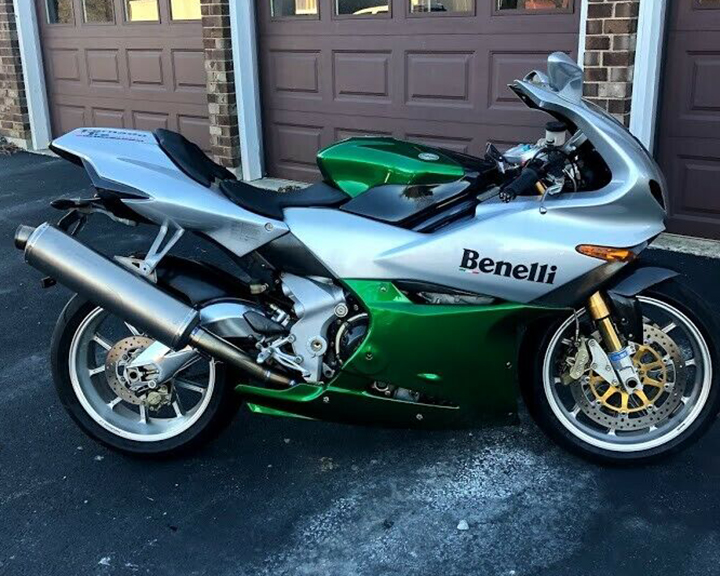 Chasing the ever-changing rules of production racing can be rough on smaller companies. They spend years developing a machine that can be sold to the public, but also meets the stringent requirements to compete in racing, and then the formula changes, leaving the new machine high and dry, unable to race competitively. Larger companies can simply roll with the changes, but ones with fewer resources often have to cut bait, or struggle through a few sad seasons as an also-ran. Such was the fate of the Benelli Tornado TRE 900 LE. 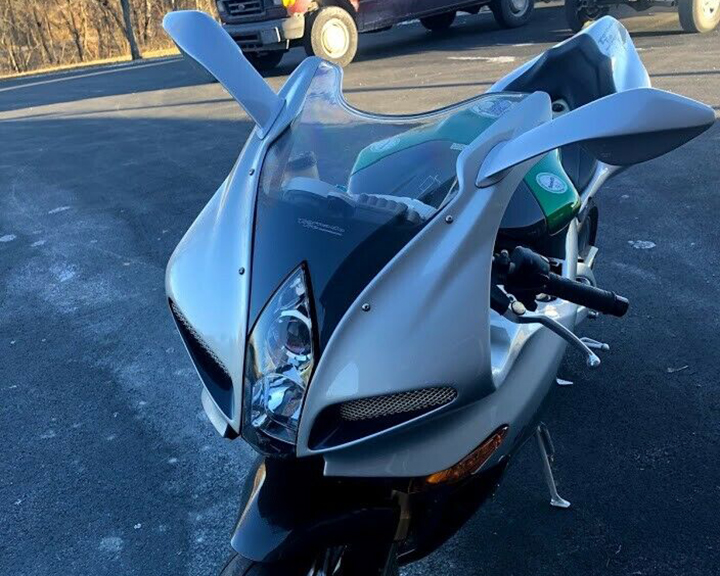 For a long time, the formula for World Superbike allowed 750cc fours, 900cc triples, and 1000cc twins with the expectation that they would compete on relatively equal footing. During this period, the class was basically dominated by Japanese four-cylinder machines and Ducati’s v-twins. Several triples were designed and introduced just before the WSBK rules changed in 2003 to allow 1000cc displacements, regardless of configuration. Benelli’s newly-developed three-cylinder Tornado, along with Petronas’ Sauber-powered FP1, were left in the lurch and down on power. Handling of both was considered excellent, but when your more powerful opponents can simply gap you on the straights… The production Tornado was eventually punched-out from 898cc to eliminate the performance gap, but that 1130cc version wouldn’t have been race legal at and the team had folded by then. It’s a shame because, in a surprisingly homologous landscape where the formula to create a competitive performance motorcycle was seemingly carved from stone, Benelli managed to incorporate some radical innovations into their machine. In an effort to place the engine as far forward as possible in the chassis, they moved the radiator from the front of the bike to the rear, where distinctive fans pulled air through ducts from the front of the machine, past the underseat unit, and out the tail. The chassis was a hybrid component made from tubes of steel bonded by industrial-grade adhesives to cast aluminum sideplates. A quick-change cassette-style gearbox and a slipper clutch, along with top-spec braking and suspension package rounded out this very exotic machine. 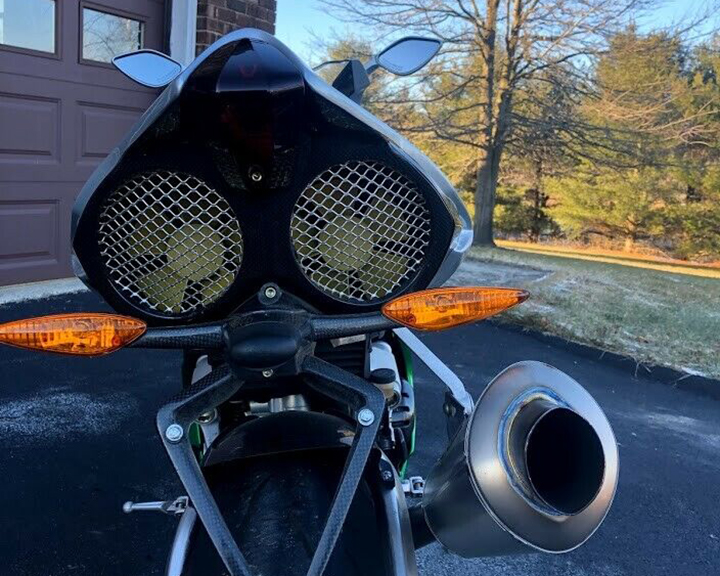 Rules changes may have made the bike obsolete for Superbike competition, but with those looks, the roadgoing version still should have sold well. Unfortunately, a few reliability issues and a sparse dealer network meant failure there as well. Like many bikes of the period, fuel-injection mapping was a bit primitive and, with around 134hp on tap, performance obviously can’t compete with modern 1000cc machines, but Tornados handle extremely well and will certainly generate interest wherever bikers gather.

This is my 2003 Benelli Tornado TRE Limited Edition LE, 150 were produced from homologation into the World Superbike Championship. 40 were slated for the United States but a claimed 30 were actually imported Stateside. MSRP was a whopping $36,500. Its a DOHC 900cc 4-valve triple with 6 speeds. The engine is canted forward for better weight distribution and balance having the cooling radiator in the rear – hence the dual rear fans. That’s the idea anyway.

The LE also gave you Marchesini wheels, front and rear Ohlins suspension, carbon fiber bodywork, carbon fiber tank and clutch cover, adjustable headstock and swingarm, titanium exhaust, magnesium engine covers, sandcast cases, dry clutch and probably more. Its a very different bike than the standard Tornado TRE, even the electronics are different. The battery is mounted under the motor and not under the seat. Service manual and factory cover are also included.

I bought it from the original owner 5 years ago but I’ve ridden it maybe only twice as part of my larger collection. It was restarted and serviced this month from it’s dormancy by Distefano’s Performance in Imperial, PA. The shop owner had been a regional service representative for Benelli and knows these bikes well. Mileage is original 5994 miles.

Clear  street title in my name. It comes with the Benelli suitcase (the race kit with swing arm pivot inserts, swing arm shaft and rear sprockets). Also comes with its Benelli rear paddock stand. It has the factory optional Arrow exhaust but the stock exhaust is also included.

The seller’s asking price is $15,500 which seems to be in the ballpark for these when they come up for sale. Styling is both striking and elegant, and looks especially stunning in these silver/green colors. The dash is a bit dated, but comprehensive and very functional, with a couple of stylish touches to make it look just a bit more special. And note the very slim, carbon-fiber turn signals and the delicate license plate holder. Surprisingly, the bulky exhaust shown is actually the optional Arrow bit and the stock component especially spoils the styling a bit, looking like it’s been pulled off the back of a Suzuki from the same period.